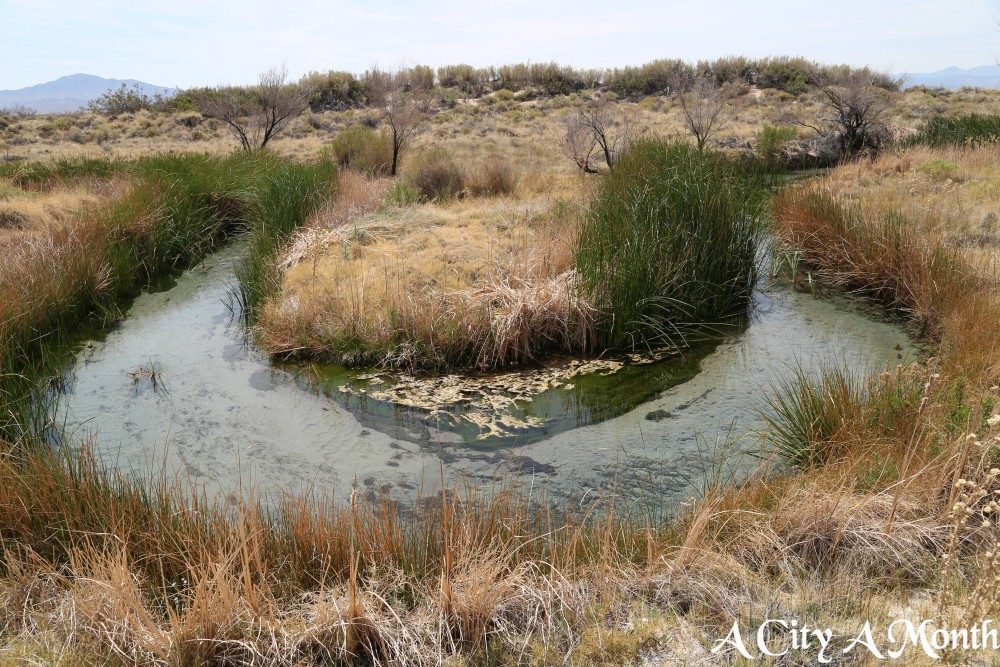 Some of my greatest joys occur when I choose the road less traveled. Ash Meadows National Wildlife Refuge, an hour’s drive outside Death Valley National Park, aptly fits that description, but this jewel of desert beauty is also home to the toughest fish – shorter than an inch – ever to take a case to the United States Supreme Court. And the fish won – for now. 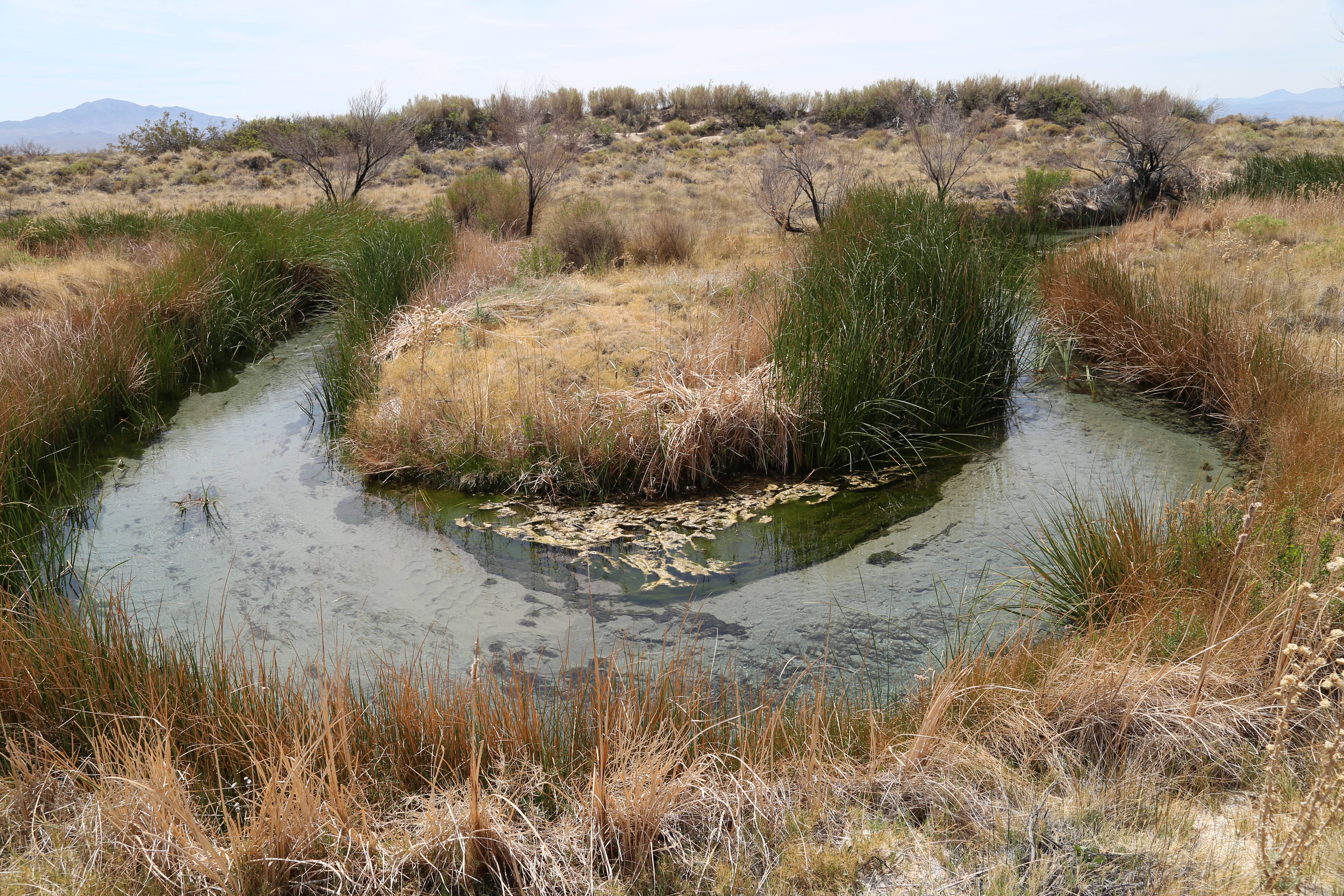 No matter to me, Ash Meadows, the colossal at Grand Canyon, or anywhere, I think an oxbow is the prettiest spot on the water.

Ash Meadows is nestled in the Amargosa Desert in southern Nevada and men of ambition were determined to bring civilization to the desert. There was plenty of water underground just waiting to be taken. And who cared about a fish so small it was called “pupfish” or that you could easily fit 100 of them in a teacup? (The teacup notion fails once you realize less than 100 Devils Hole pupfish are currently alive, making them the rarest of the 30 or so species of pupfish). 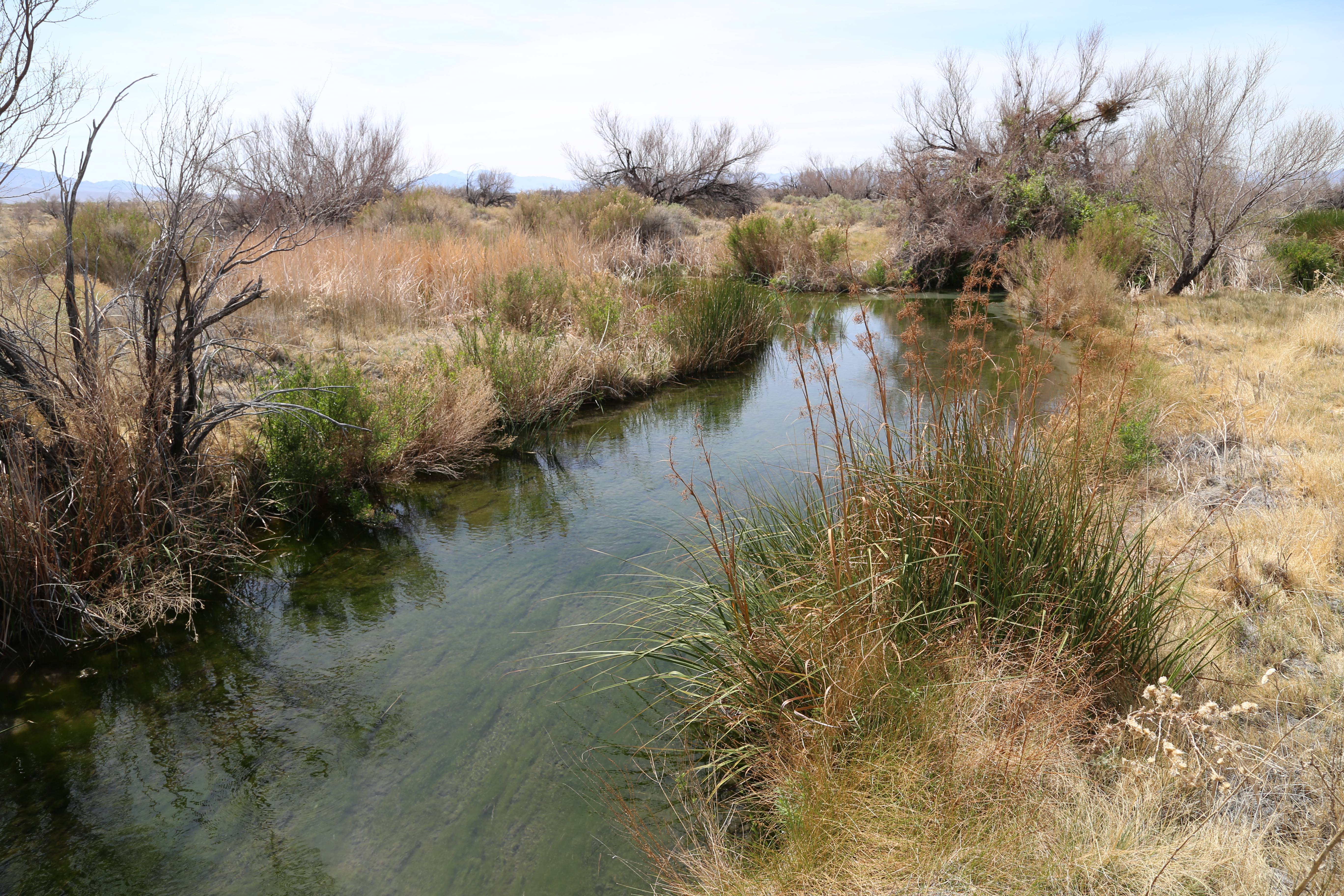 The water that flows at a steady 2,800 gallons per minute traveled more than 100 miles and took thousands of years to arrive at the spring.

The pupfish in Devils Hole adapted to water with low oxygen levels, meager food sources, and in a place in constant danger of habitat destruction due to earthquakes, storm runoff pollution or flooding from fierce rains. 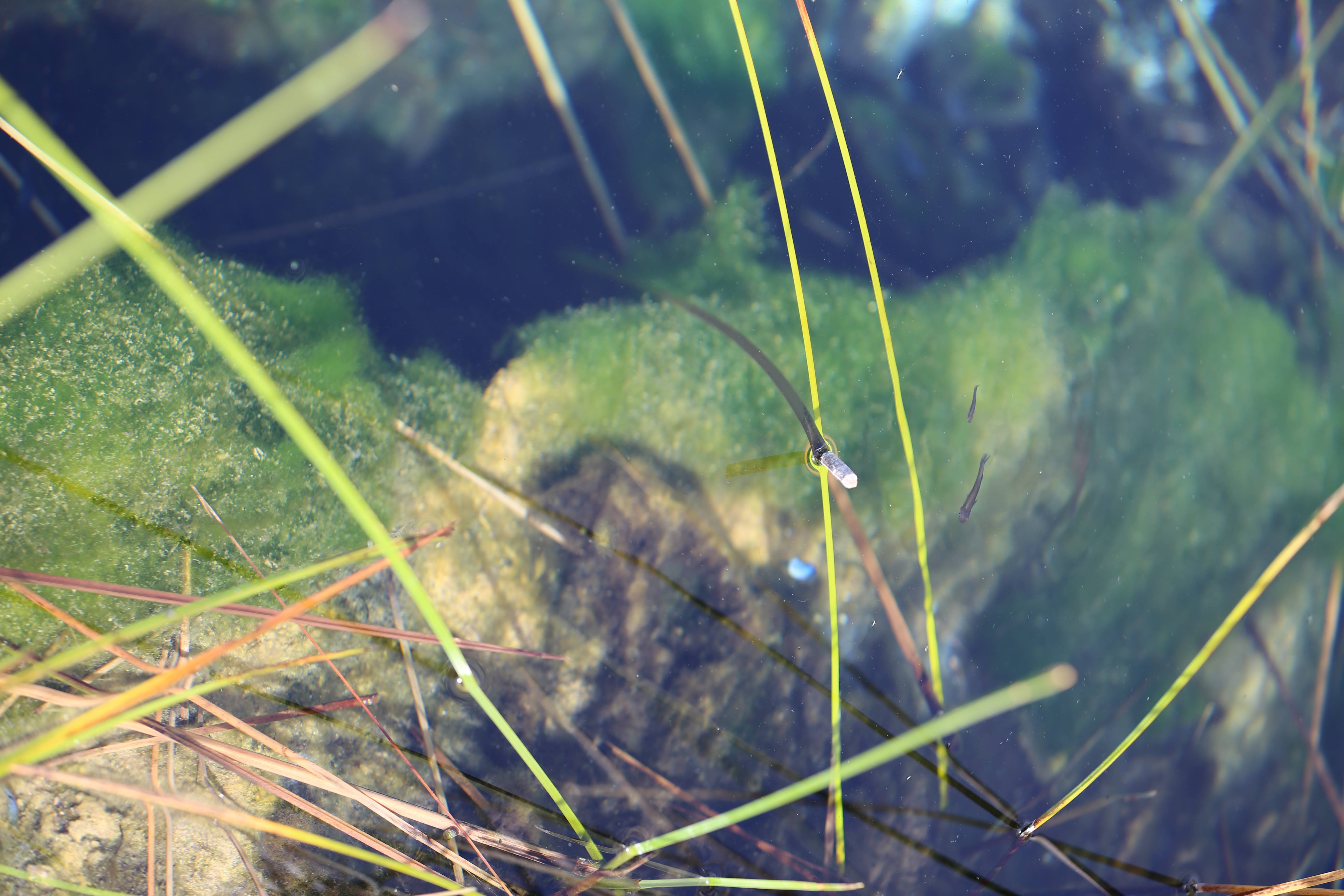 The pair of pupfish at center right are not Devils Hole pupfish, but like all pupfish they are tiny, especially when compared to a yellow-green reed or a stick protruding out of the water. 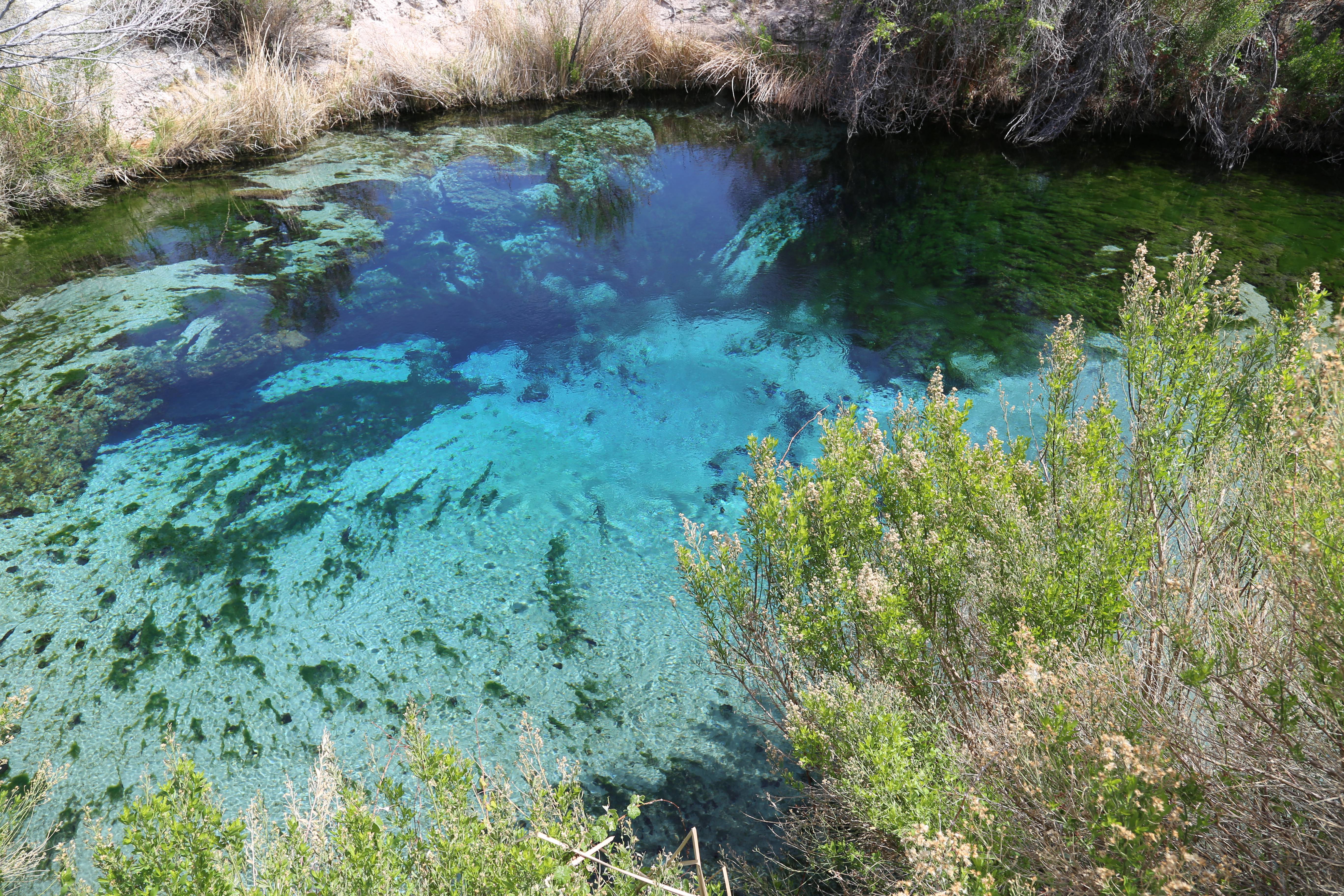 The dark ledge at center left is one of the fissures that feeds the spring and nourishes plants and wildlife.

The Devil’s Hole pupfish was doomed if the men pumped the groundwater; water that had taken thousands of years to journey more than 100 miles underground and then slowly seep, trickle and gather through a complex network to arrive at the place called Devils Hole and Ash Meadows. Nature’s result is a steady flow of life-sustaining water at 2,800 gallons per minute, home to the pupfish, an incredible biodiversity, and the stream was essential for Native Americans who called this place home.

Lucky for the pupfish, people who care about the Earth and the creatures that live here took up the fish’s fight. The notion that animals and fish (plants, too!) have rights was so foreign to the men of ambition that they never contemplated what the Endangered Species Protection Act might do to them. 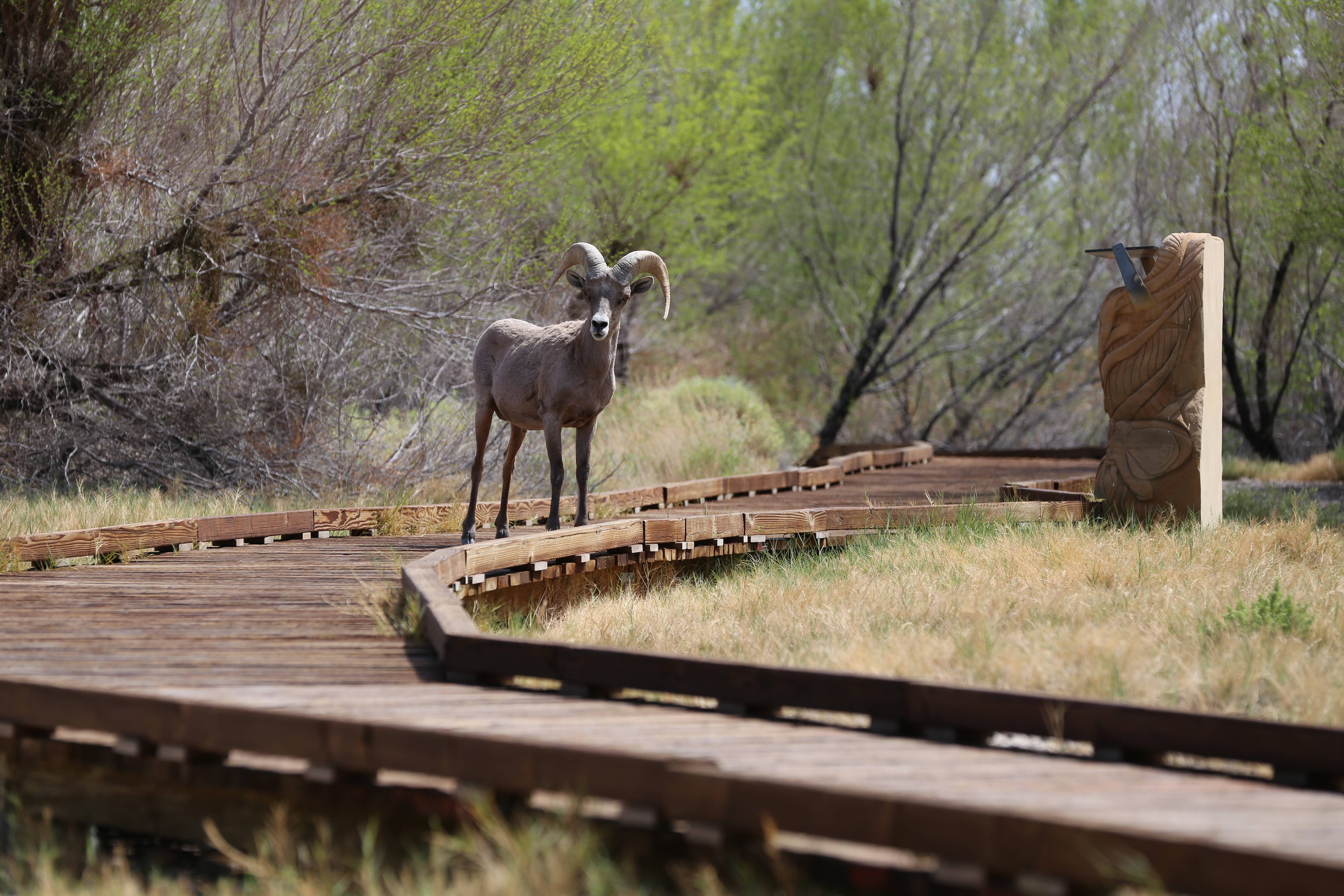 Human beings are required to remain on the boardwalk in order to protect the delicate grasses and plants. This guy gets to go where he wants.

Their reckoning came in 1976 when the Supreme Court upheld the validity of the Endangered Species Act. The court ruling meant pupfish have rights. In this case, rights to the groundwater that those men had greedily thought was theirs. 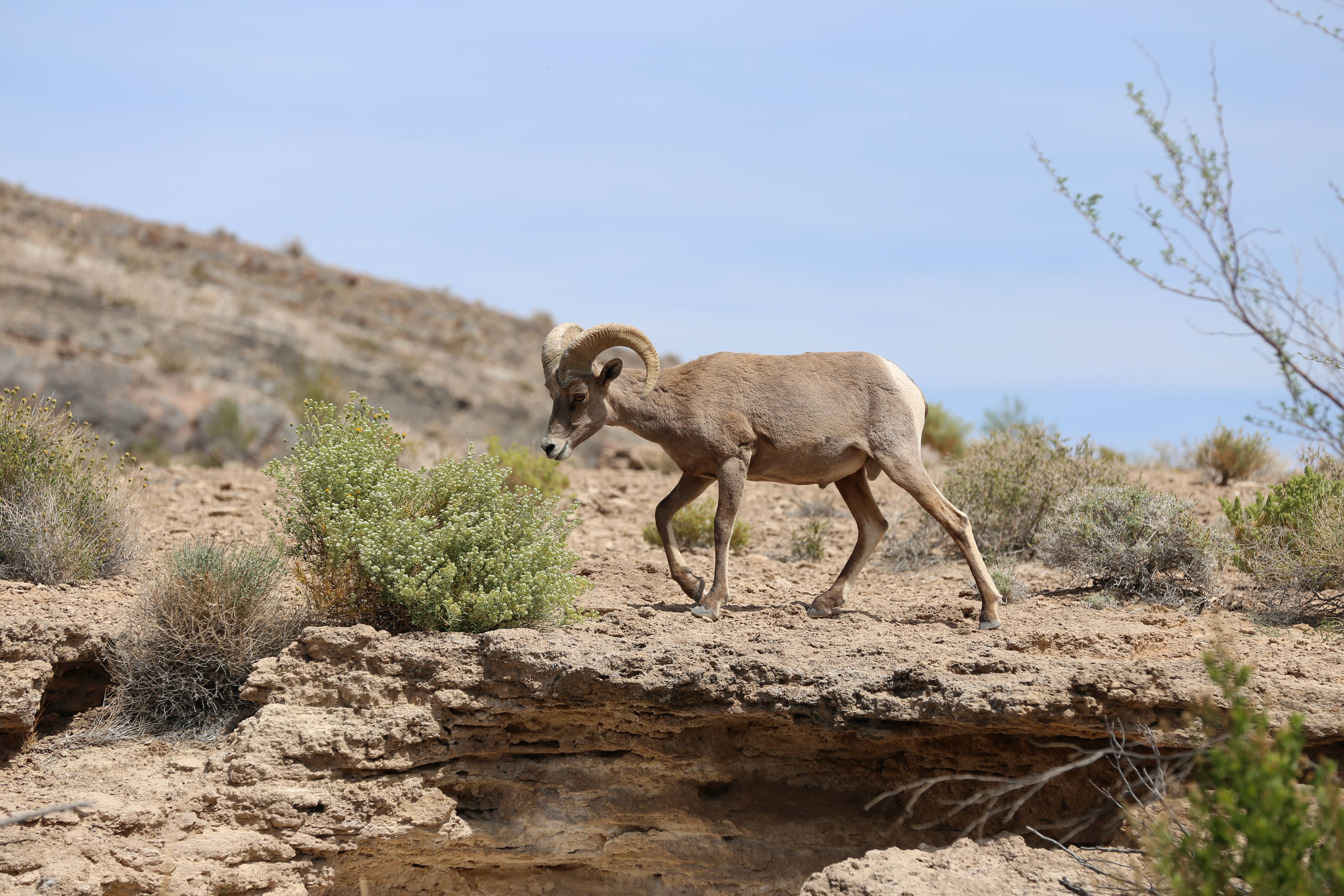 The relatively few number of visitors and the proximity to water and forage offers some amazing wildlife moments.

But a favorable court ruling does not guarantee the pupfish’s continued existence (first listed as endangered in 1967). 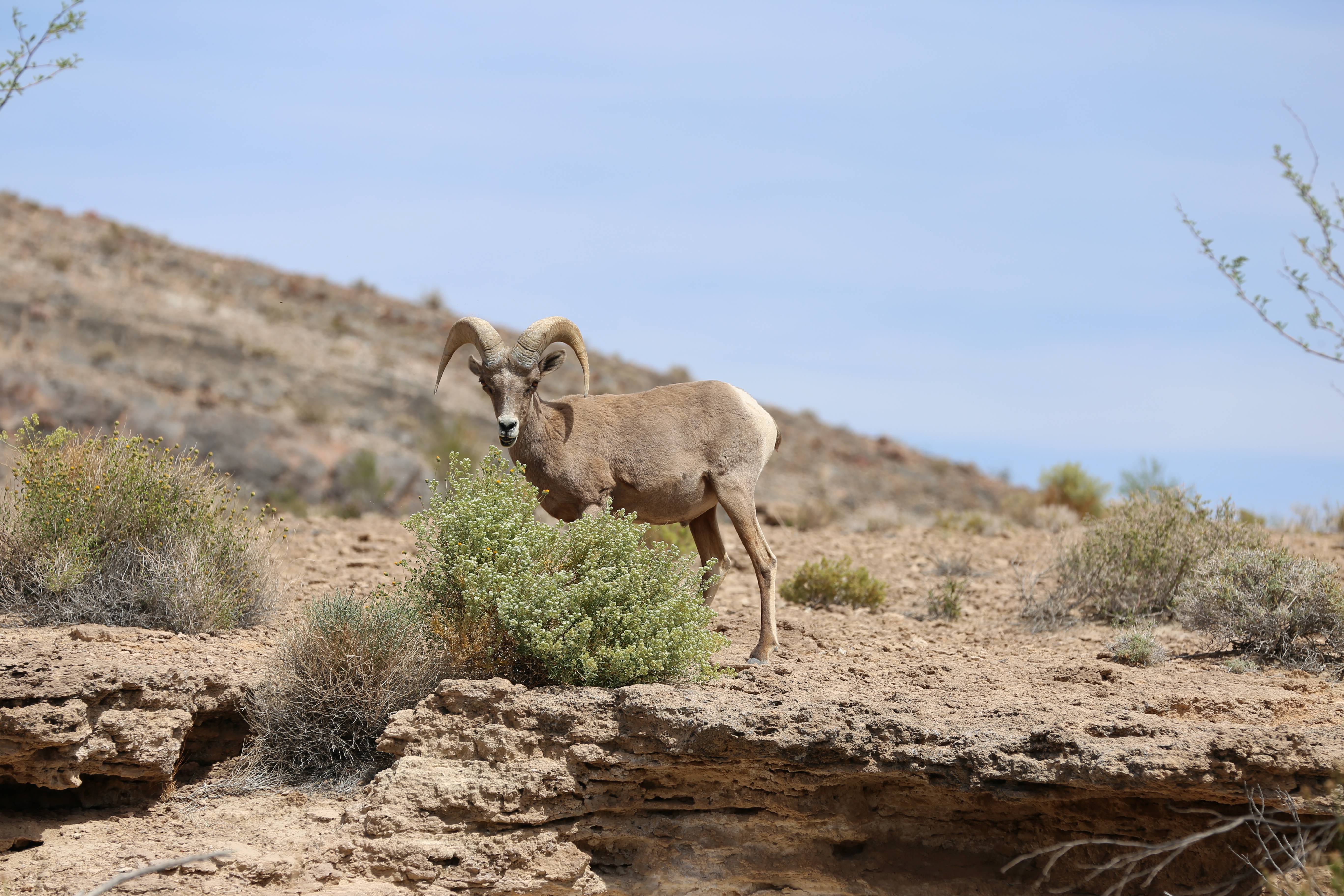 I’m fond of this shot because he’s showing a bit of teeth as he goes in for a bite.

Ash Meadows is the sole remaining fresh water oasis in the Mojave Desert. More than two dozen plants and animals are endemic to the area, including the Devils Hole pupfish. And while the area around Ash Meadows is replete with wildlife such as desert bighorn sheep, a wide variety of birds, animals, and plants, the Devils Hole pupfish lives under constant peril. Researchers are working to save the pupfish. Breeding programs have tried and failed, but keep on trying to breed the pupfish in captivity. 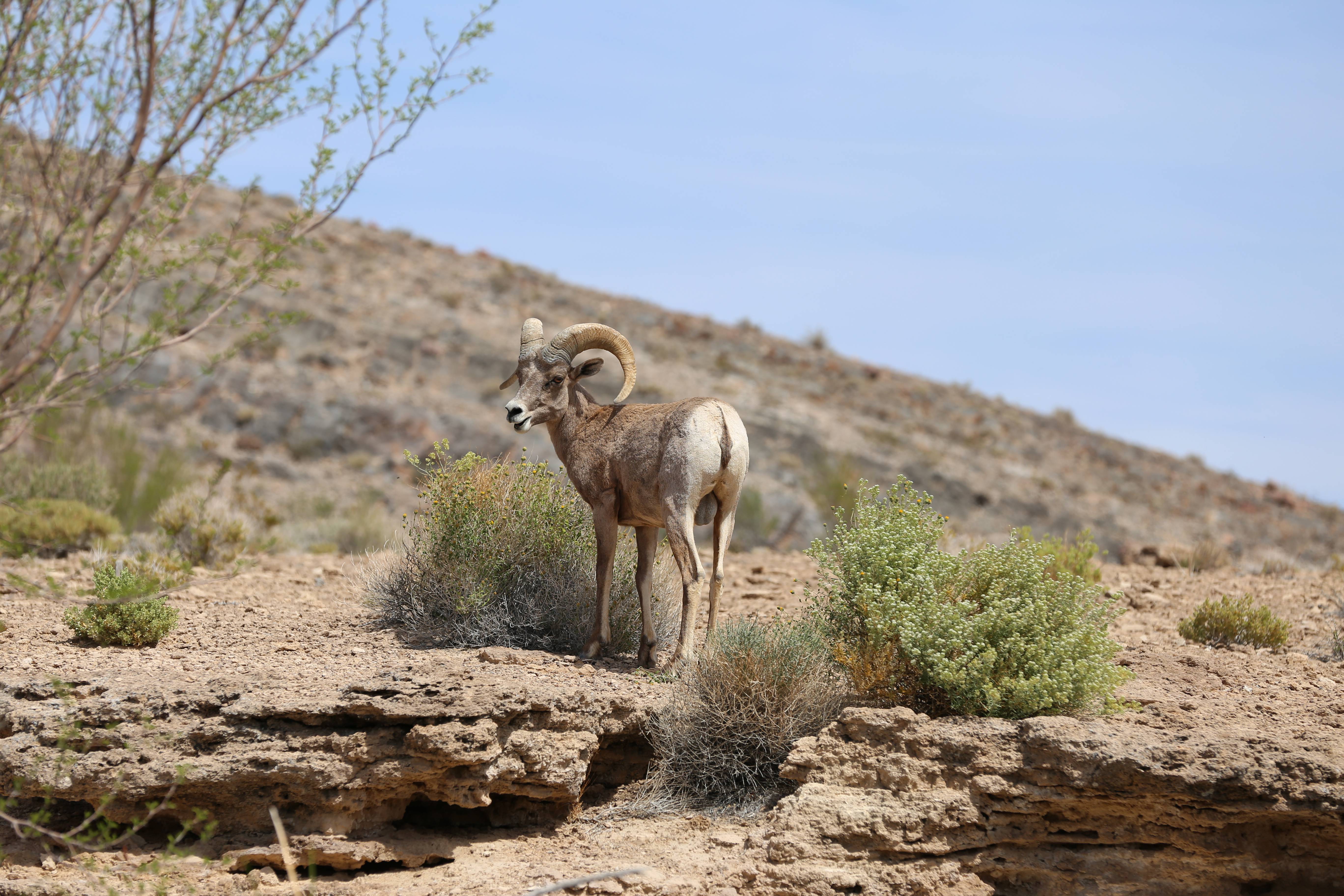 Is he grinning, or just glad to be noticed?

On your next visit to Death Valley take that less traveled road and visit Ash Meadows National Wildlife Refuge (it’s just two hours from Las Vegas), where the worlds of water, desert, and nature’s beauty flow together as one.

And say “hello” to the biggest little fish who ever lived. But you better hurry. 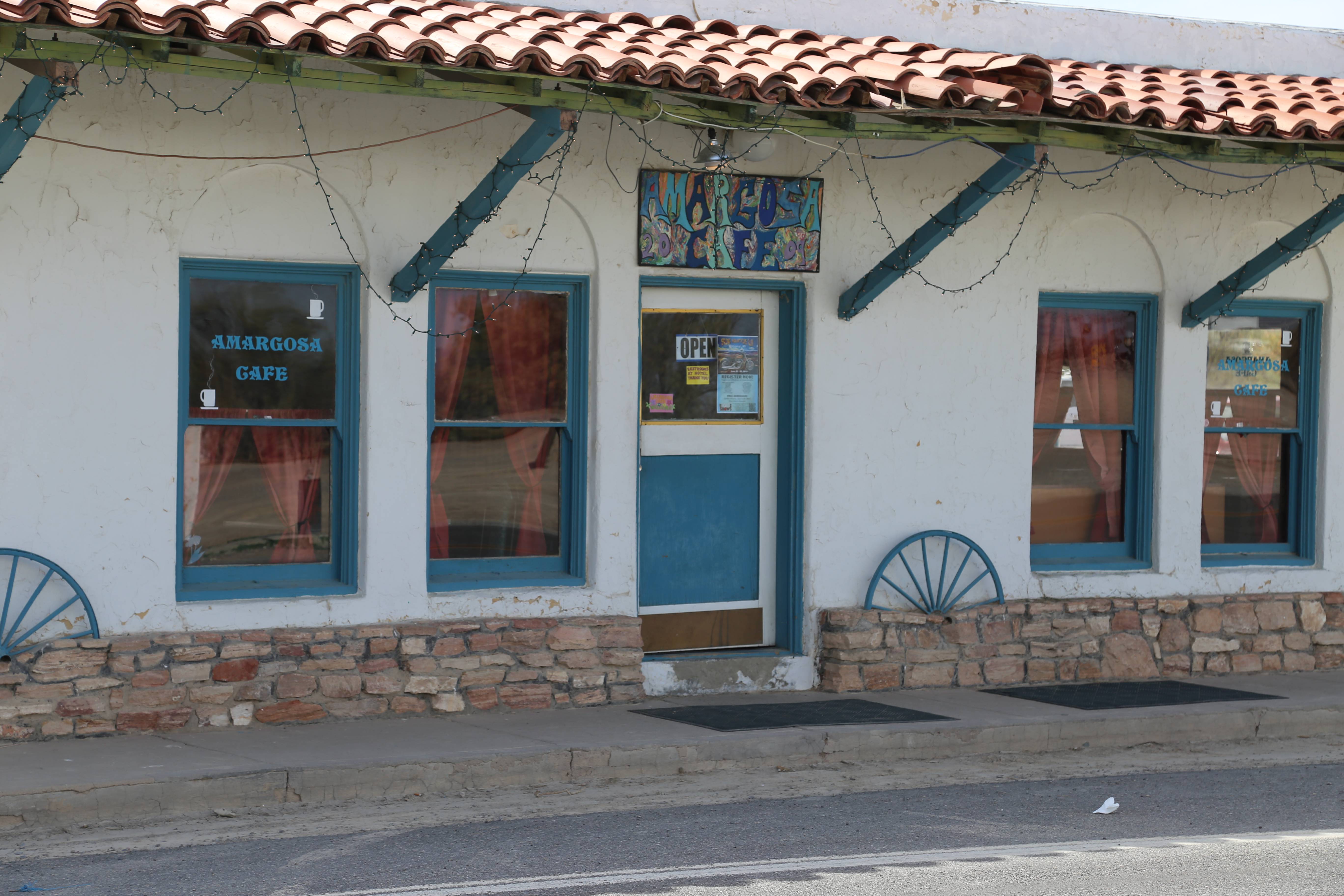 Amargosa Cafe is a great place to stop, from the Death Valley side, and have a nice meal and cool drink. The pie is great. And for those seeking a one-of-a-kind experience, the Amargosa Opera House and Hotel offers a taste of desert quaint.