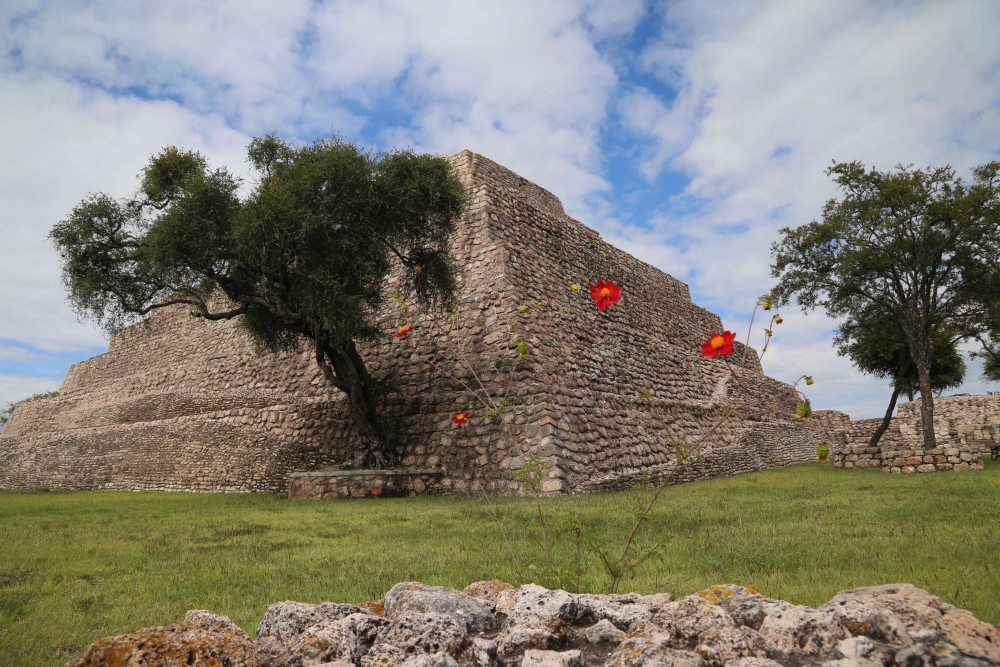 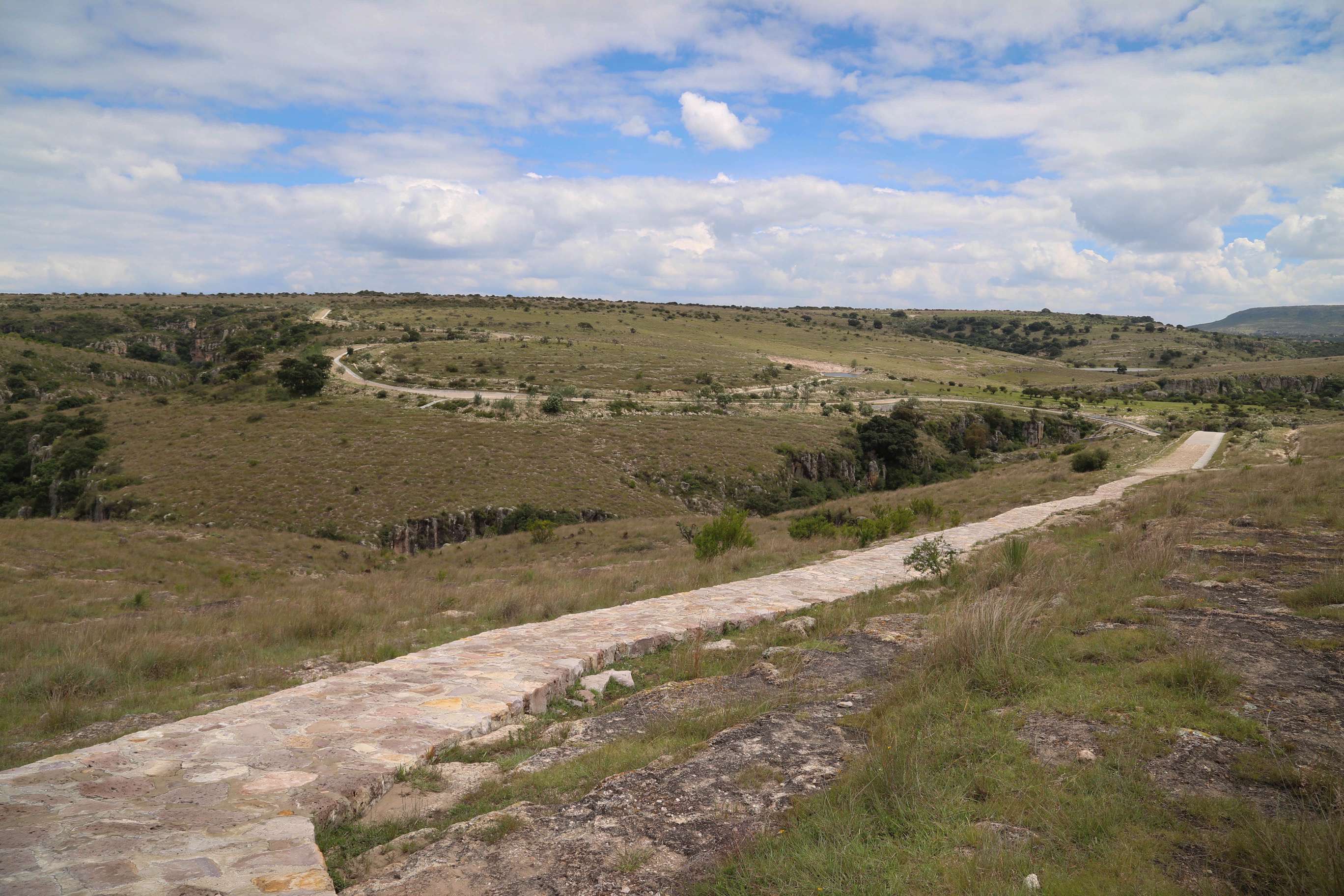 Visitors to Cañada de la Virgen take this walkway to the the 900 meter pathway that leads to the site. 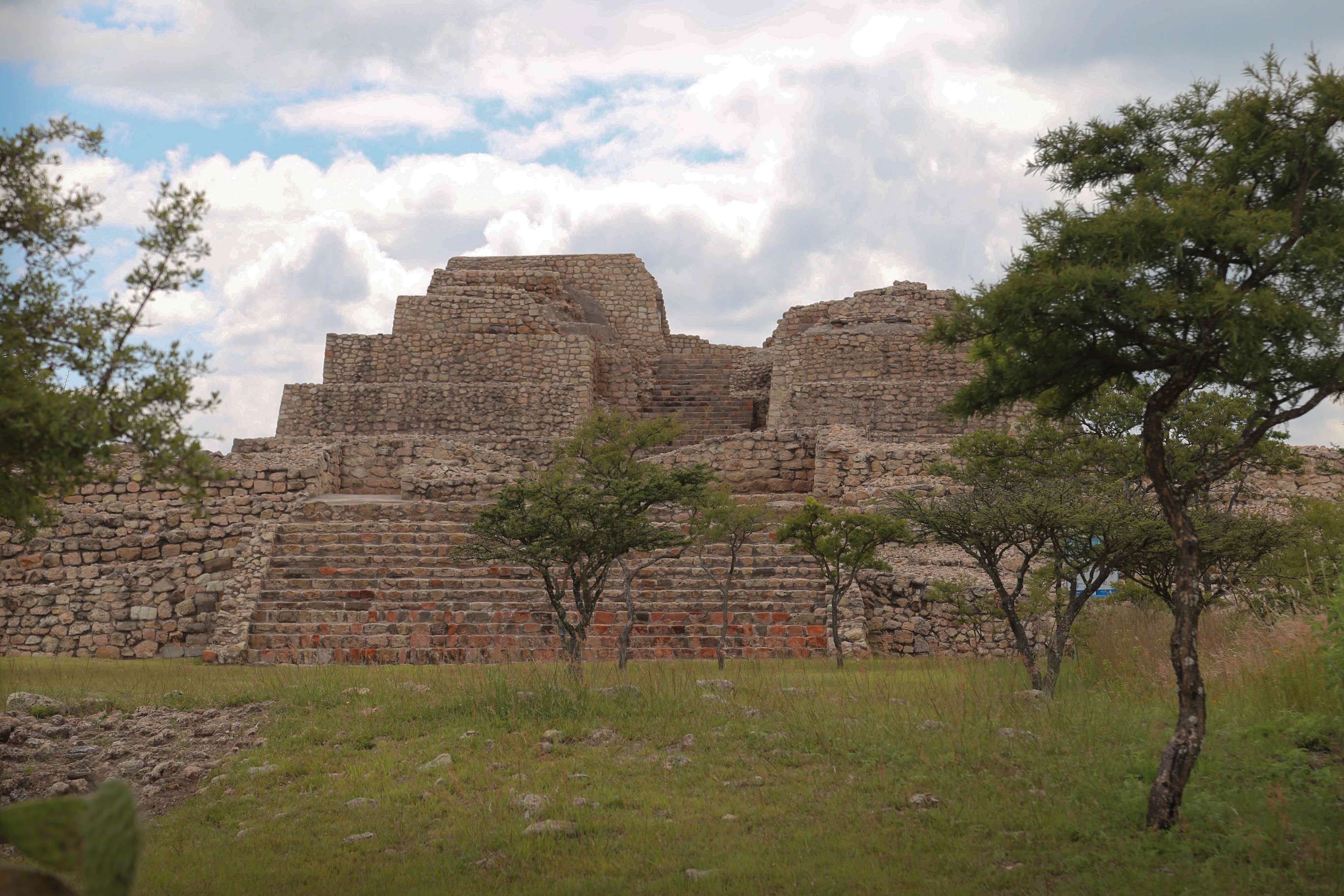 A short distance southwest from San Miguel de Allende puts you at Cañada de la Virgen, one of Mexico’s most recently excavated pyramids, near the northern edge of Mesoamerican pyramids, and surrounded by private land in an out-of-the-way location that reduces visitor traffic and greatly enhances the guest experience. 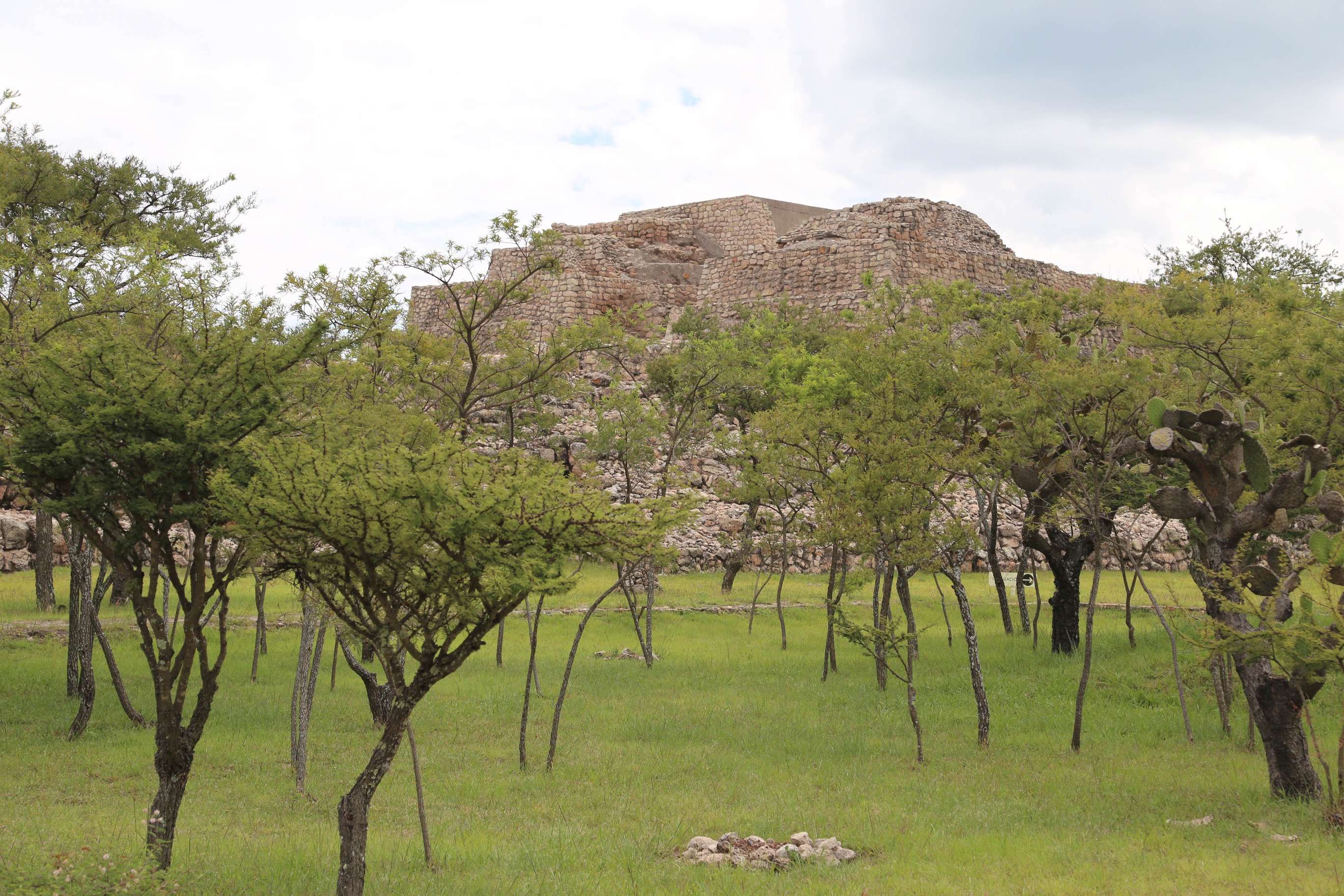 Researchers and archaeologists have been restoring the site as time and money permit.

Pyramids are some of the oldest buildings on earth and throughout Mexico, Central and South America they were built and revered by Olmecs, Mayans, Incas, Aztecs, Toltecs, and others. The form and size of pyramids are generally simple to construct and they provide a vantage to survey the surrounding lands and study the heavens. 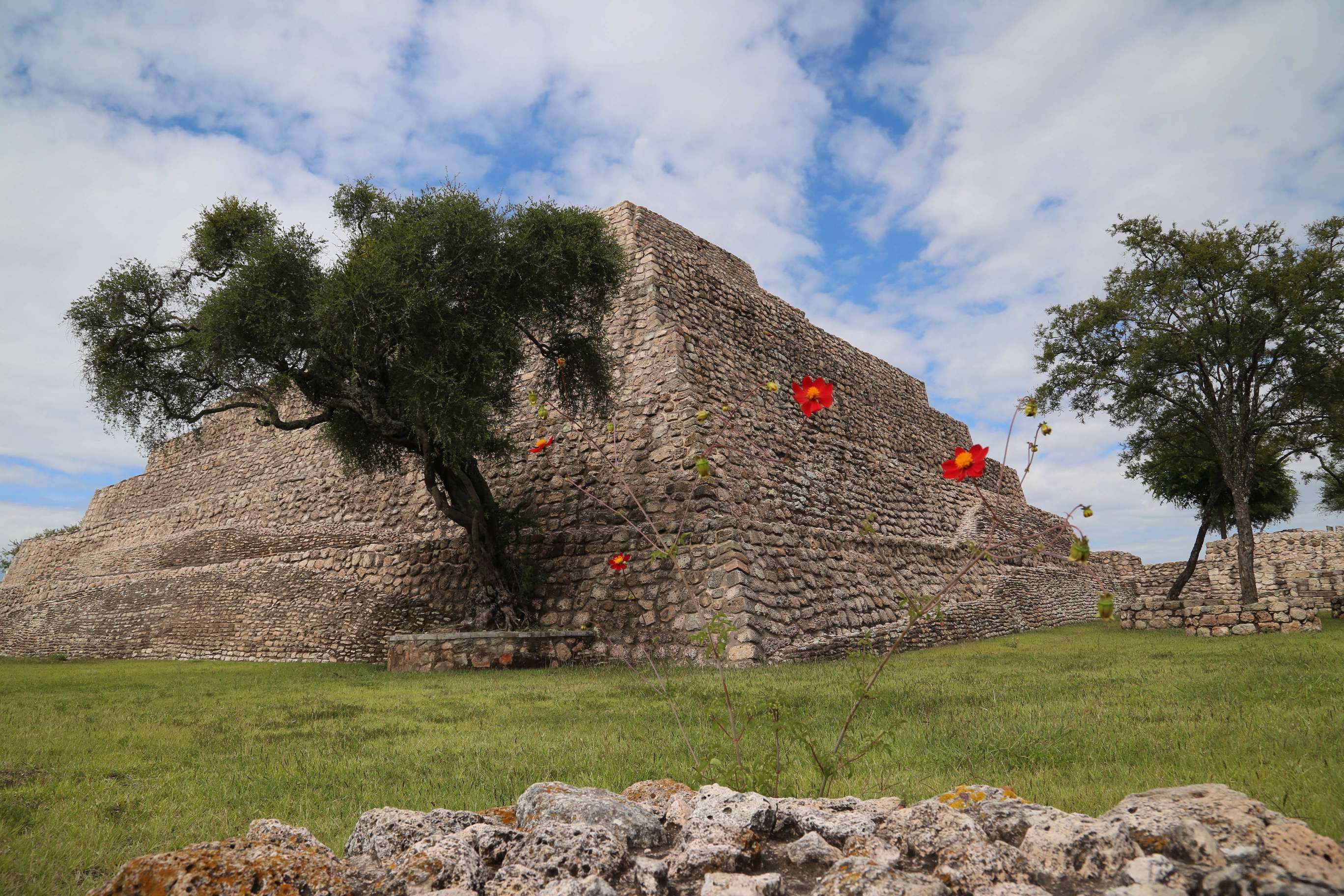 A small splash of color from a wildflower accentuates Cañada de la Virgen.

Cañada de la Virgen (Canyon of the Virgin) was built between the 5th and 9th centuries and archaeologists theorize the site was a religious and astronomical center and thought to be built by the Otomi, believed to be related to the Aztecs, and who were centered in the middle upper plains of central Mexico. 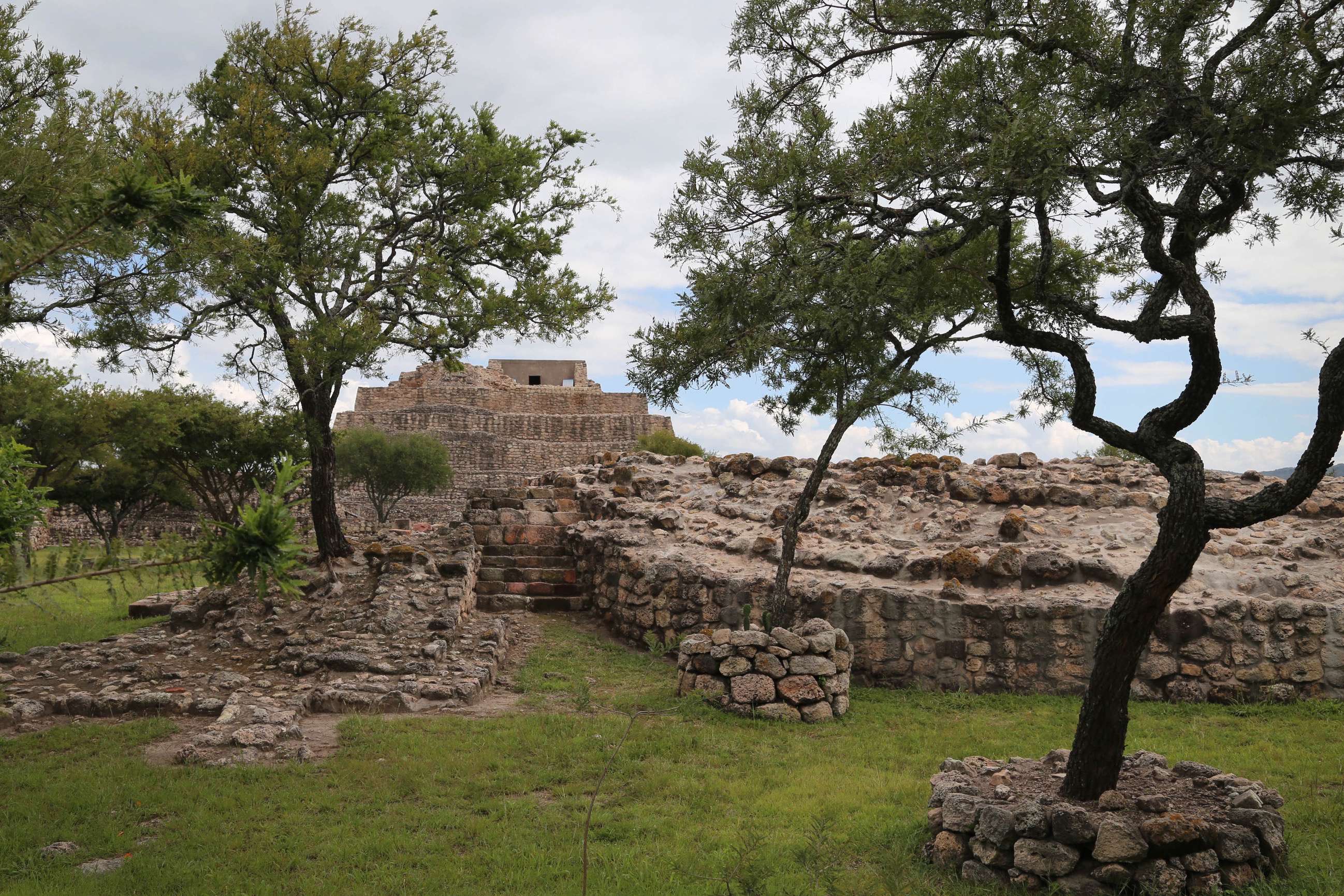 Restoration work takes time, but the results and rediscovered information are worth the effort.

The 40-acre site was first documented in 1985, though locals tell stories of playing in the area when they were children, suspecting all along that an archaeological treasure lay beneath their feet. Located atop a small mesa, Cañada de la Virgen includes seven distinct features, including the main pyramid (House of the Thirteen Heavens), House of the Longest Night, House of the Wind, ceremonial squares, a game ball court, sunken patios and an entry road that runs for almost one kilometer (nearly 1,000 yards). Other structures there have been mapped and await funding for future excavation. 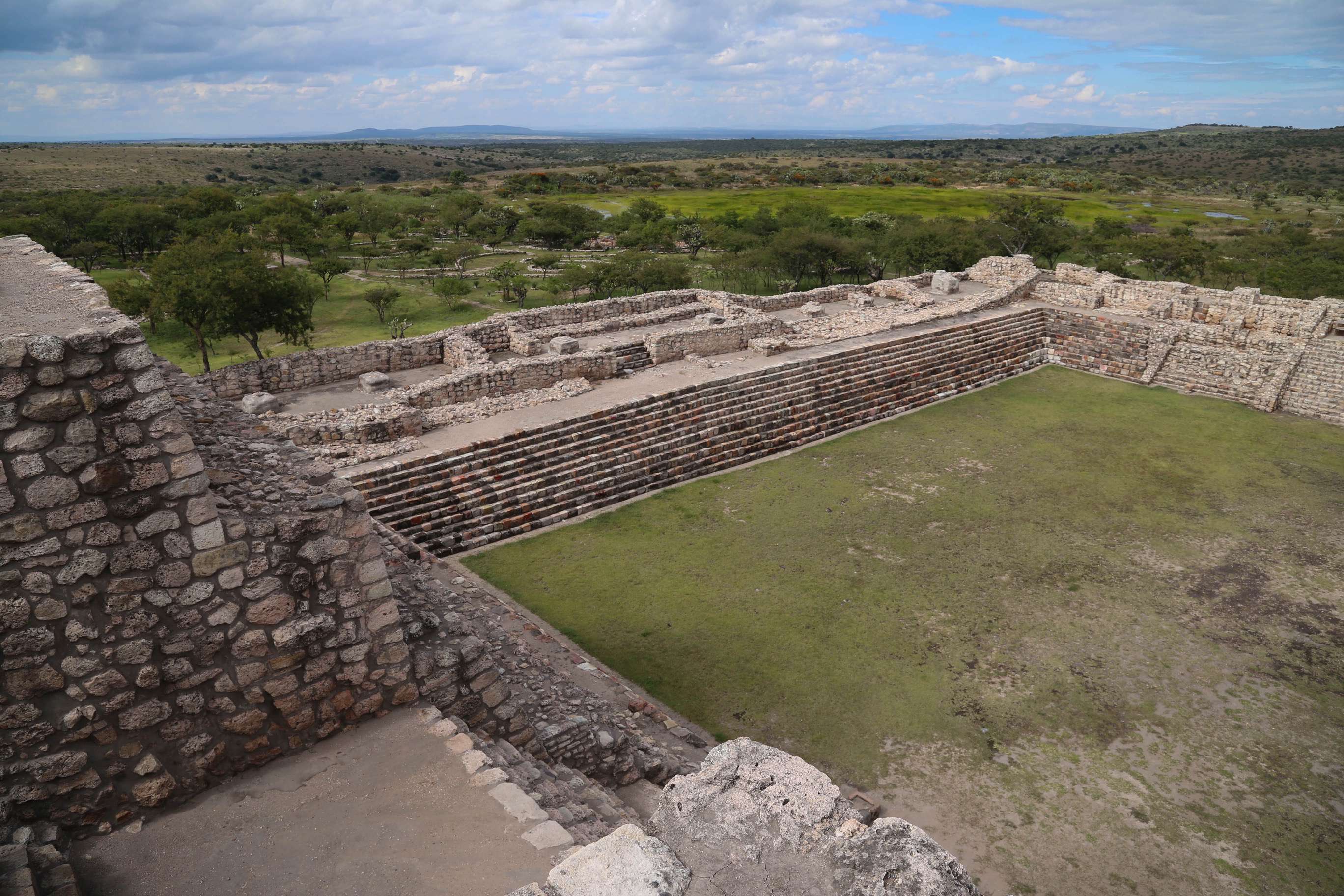 At the top of the main pyramid, one can see the outlying terrain for miles, and it is also an excellent spot for viewing the stars at night.

Like many pyramids, Cañada de la Virgen was used to study the stars and track seasonal changes to maximize planting and harvesting of crops for the people who lived in the area. It is thought few people lived fulltime at Cañada de la Virgen because there is no year-round water supply. It is not a burial site per se, but researchers have unearthed the remains of a few people buried there, considered to be elites. 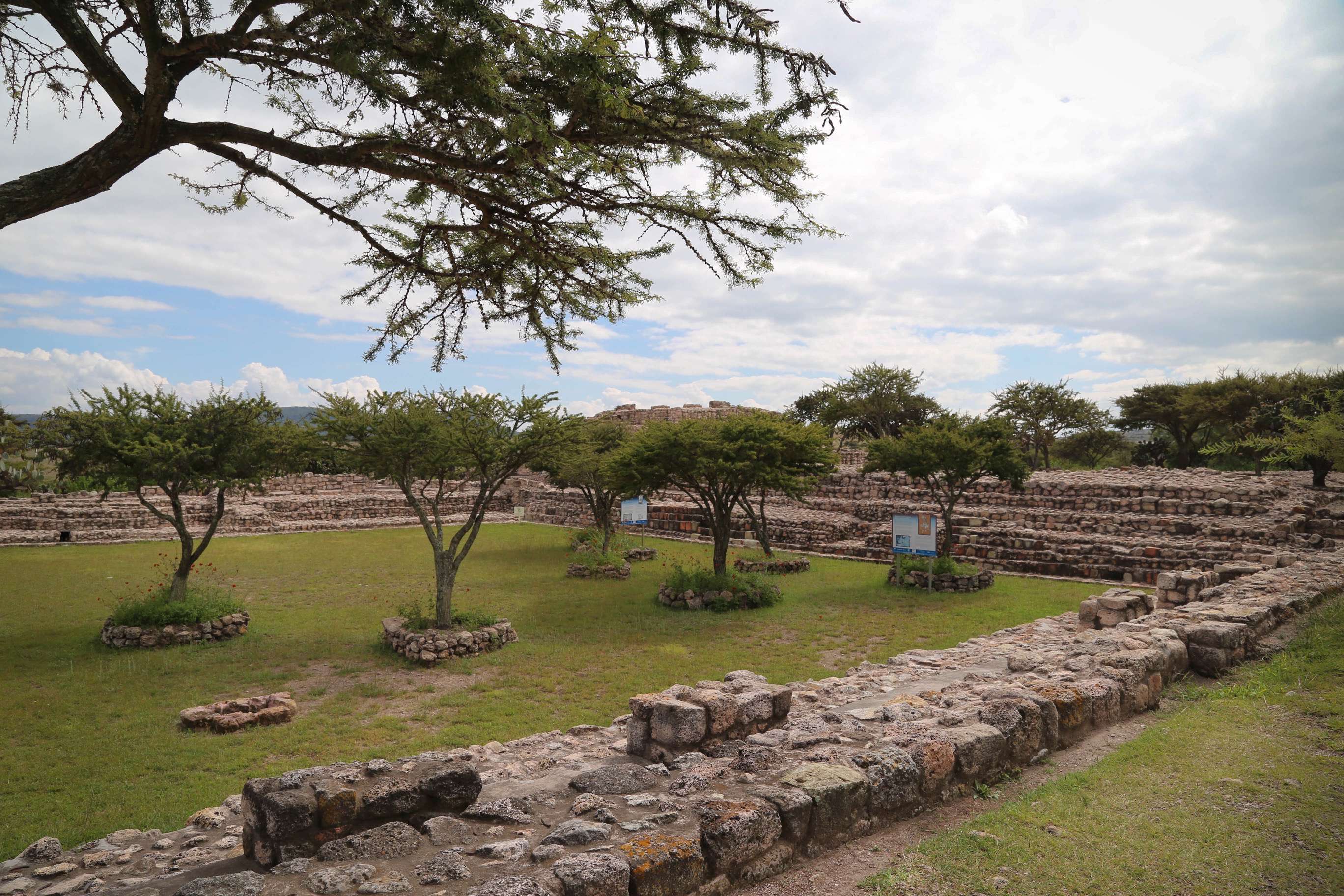 It is thought this area was a gathering place for ceremonies when villagers who lived in the area would come here.

Tremendous planning went into siting the elements at Cañada de la Virgen, resulting in what could be called a computer made of stone. As just one example, researchers determined that at sunset on the Otomi New Year’s Eve on March 4, 2011 there was a virtually perfect alignment of the sun with the pyramid. 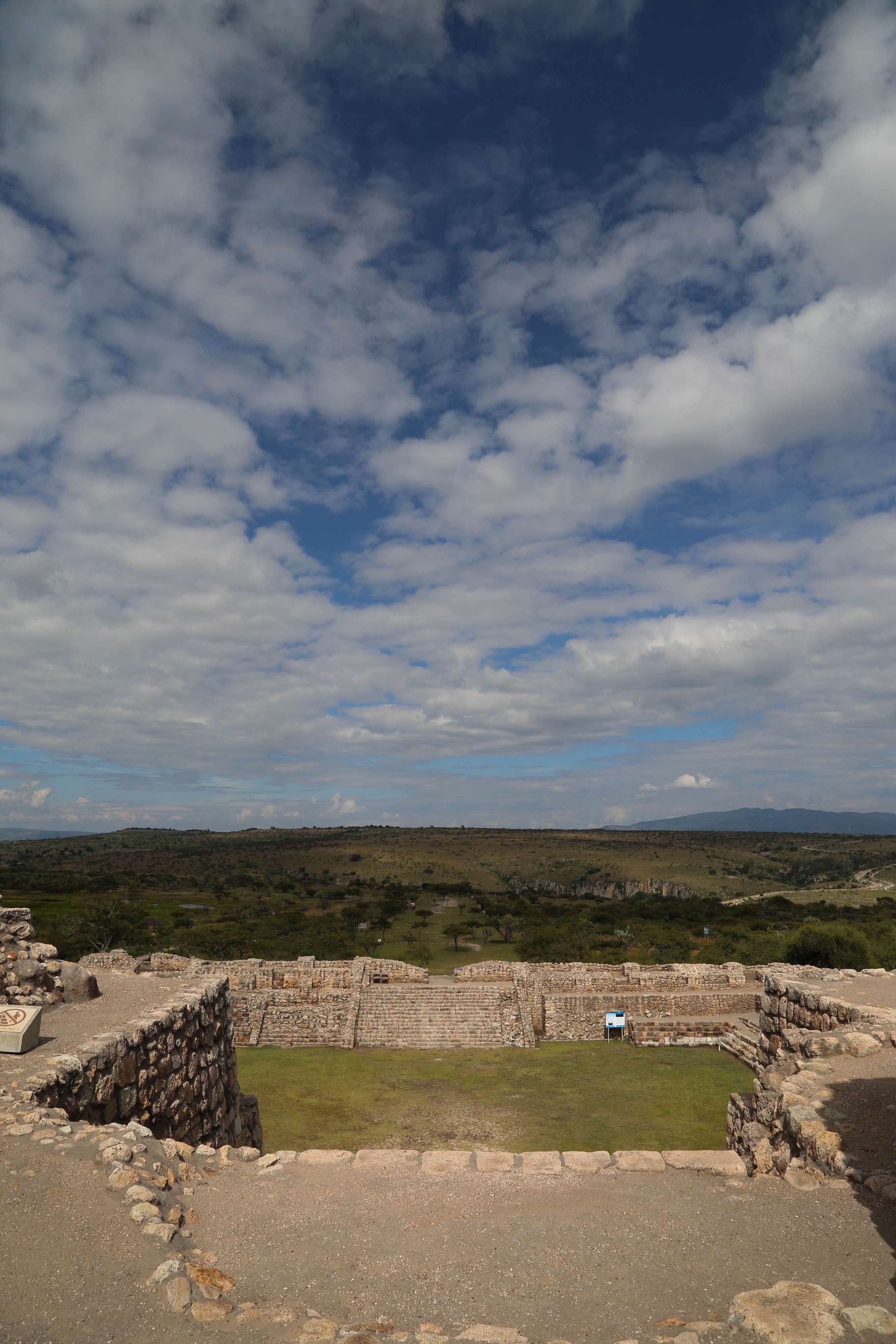 In the distance, the entry path is nearly one kilometer long from the base of the complex at Cañada de la Virgen.

There are other, better-known pyramids in Mexico, but excavation of the Cañada de la Virgen site did not begin until 2002. It has only been open to the public since early 2011, and its somewhat secluded location has limited sightseers to approximately 20,000 annually. Guests wishing to visit must take a bus from the visitor center and are accompanied by a staff member. The relatively few number of visitors reduces crowds, chatter, and distraction, enabling one to focus on what is at hand. 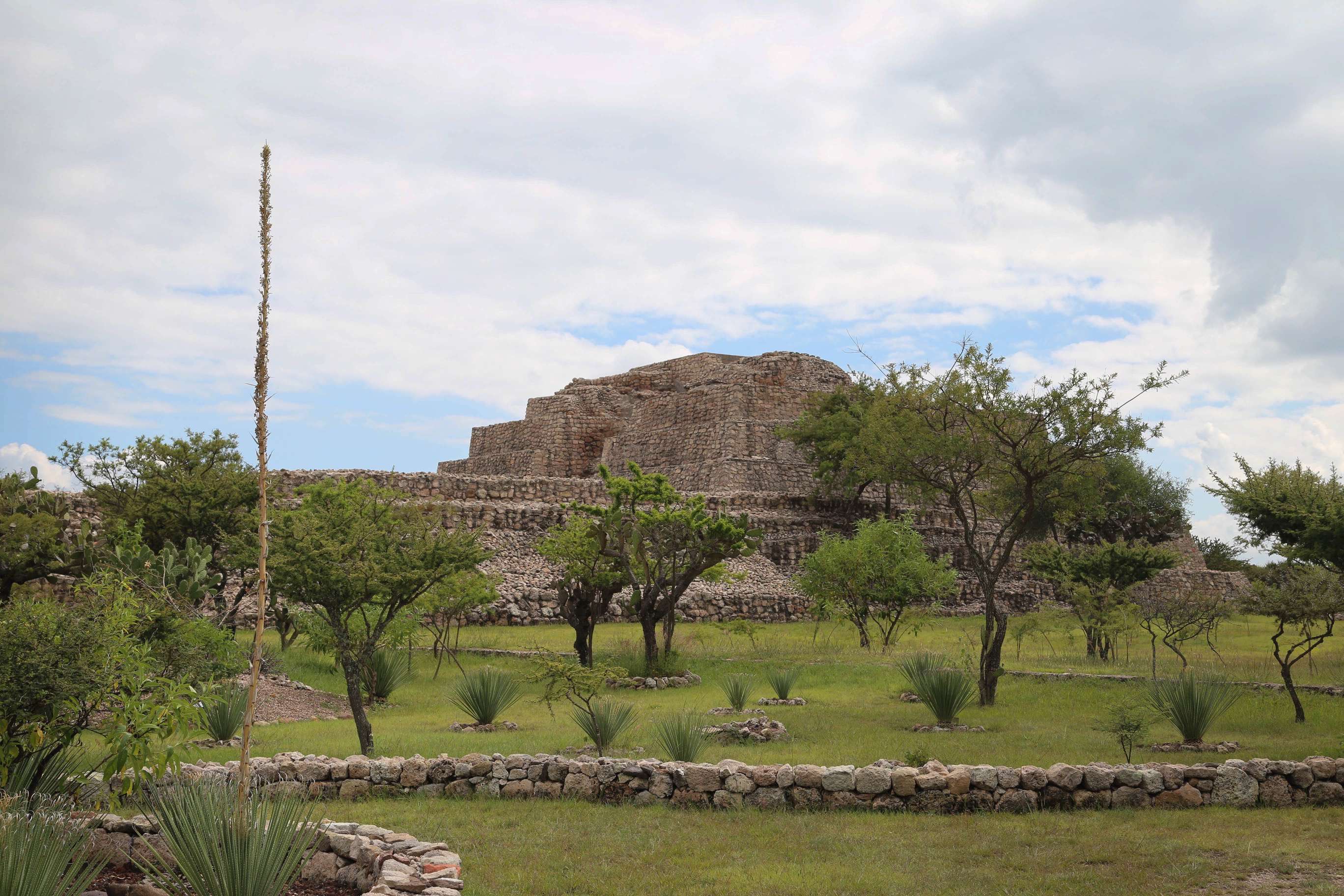 Gardens have been constructed from debris by federal and state workers to give an added sense of place at Cañada de la Virgen. 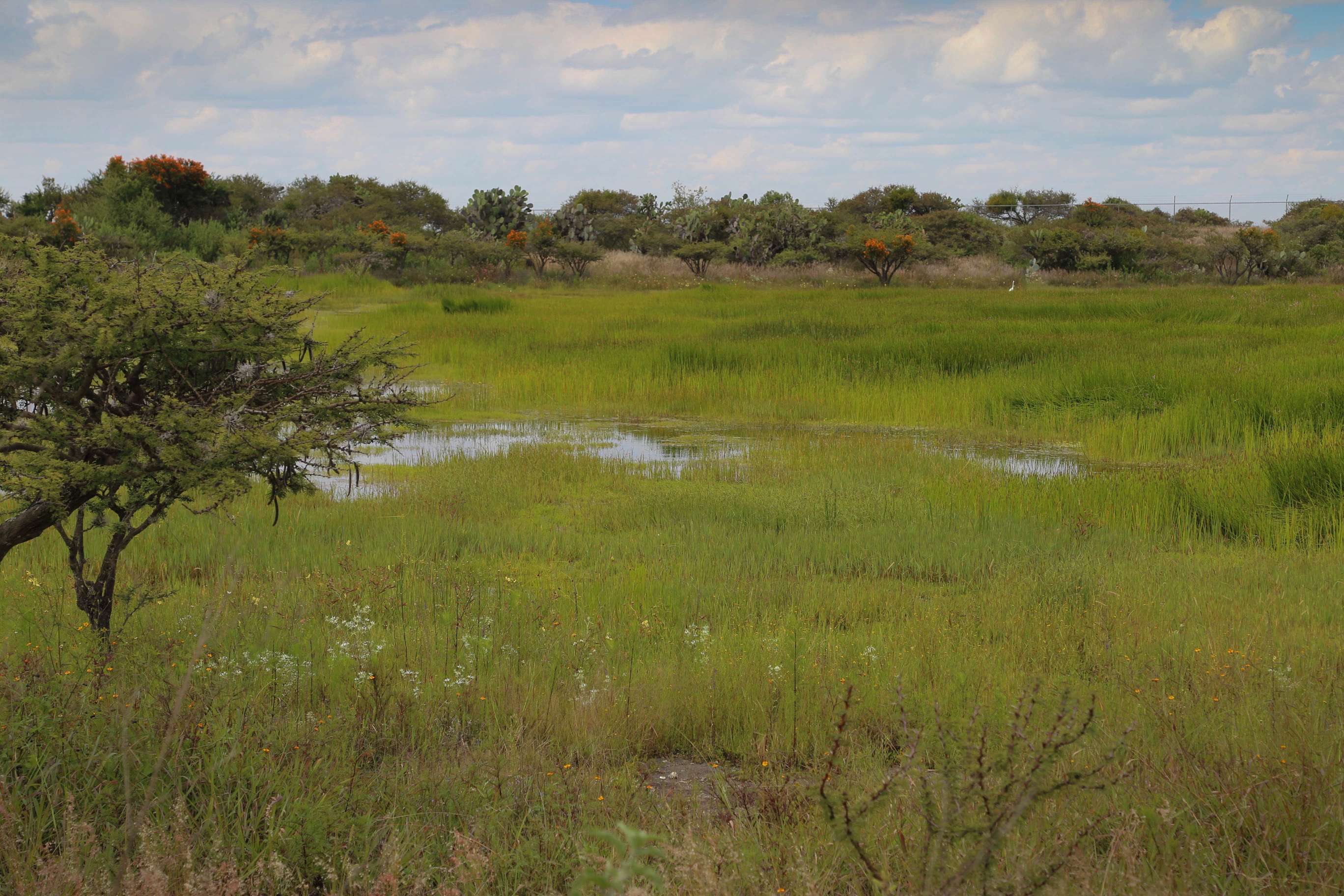 This low area near the pyramids only holds water during part of the year, indicating that only a small number of people actually lived at the site.

Signage, both Spanish and English, provides excellent information on the area and the structures you are visiting. And because Cañada de la Virgen is surrounded by private land (part of what may have been the largest hacienda in Mexico), there are different ways to appreciate its beauty. A licensed private tour operator offers a package option of either hiking, horseback riding and then tours of the site, in addition to the guided outings from the cultural office of the State of Guanajuato and other private tour guides. 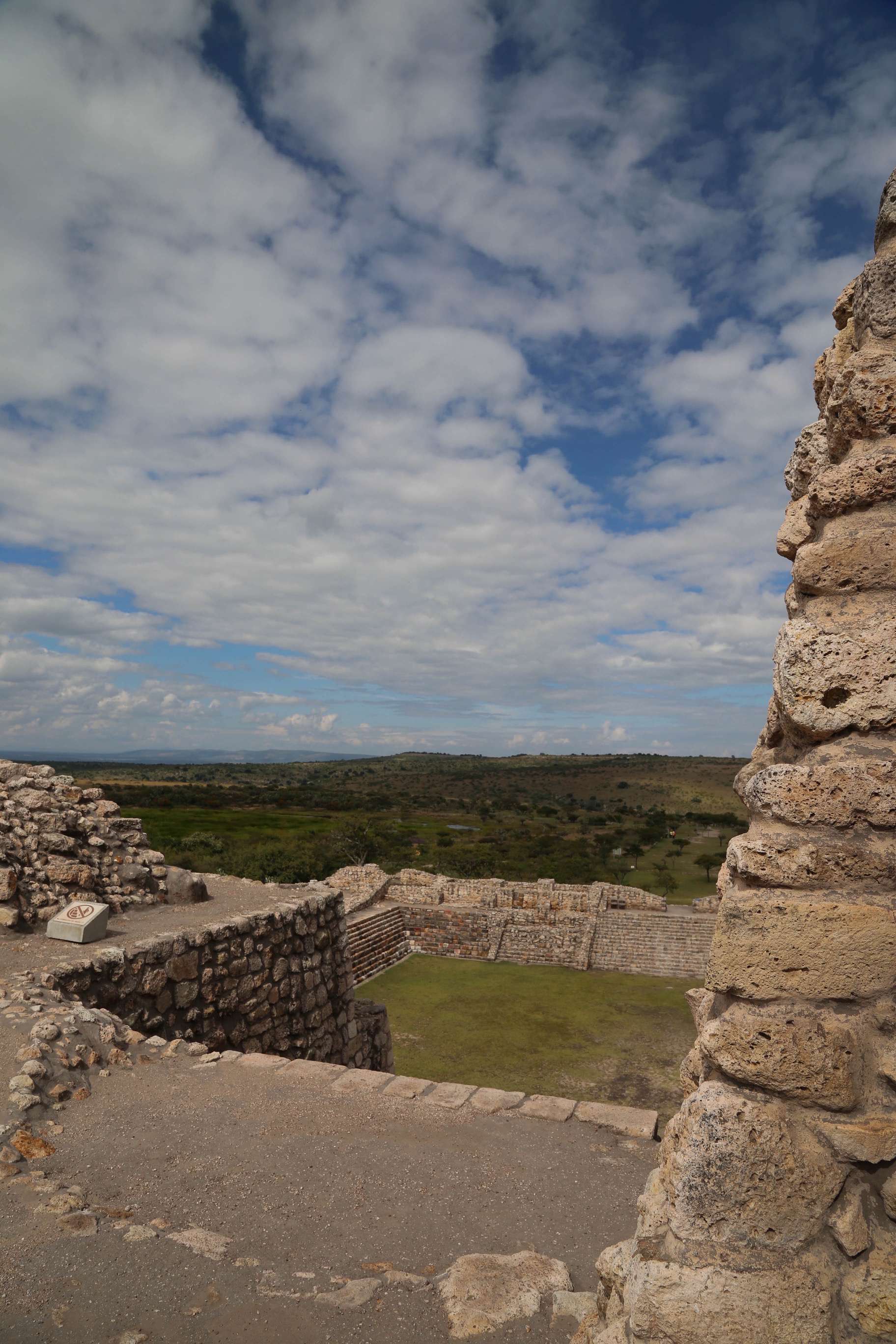 The small number of visitors who visit the site creates a sense of calm as guests explore the area. 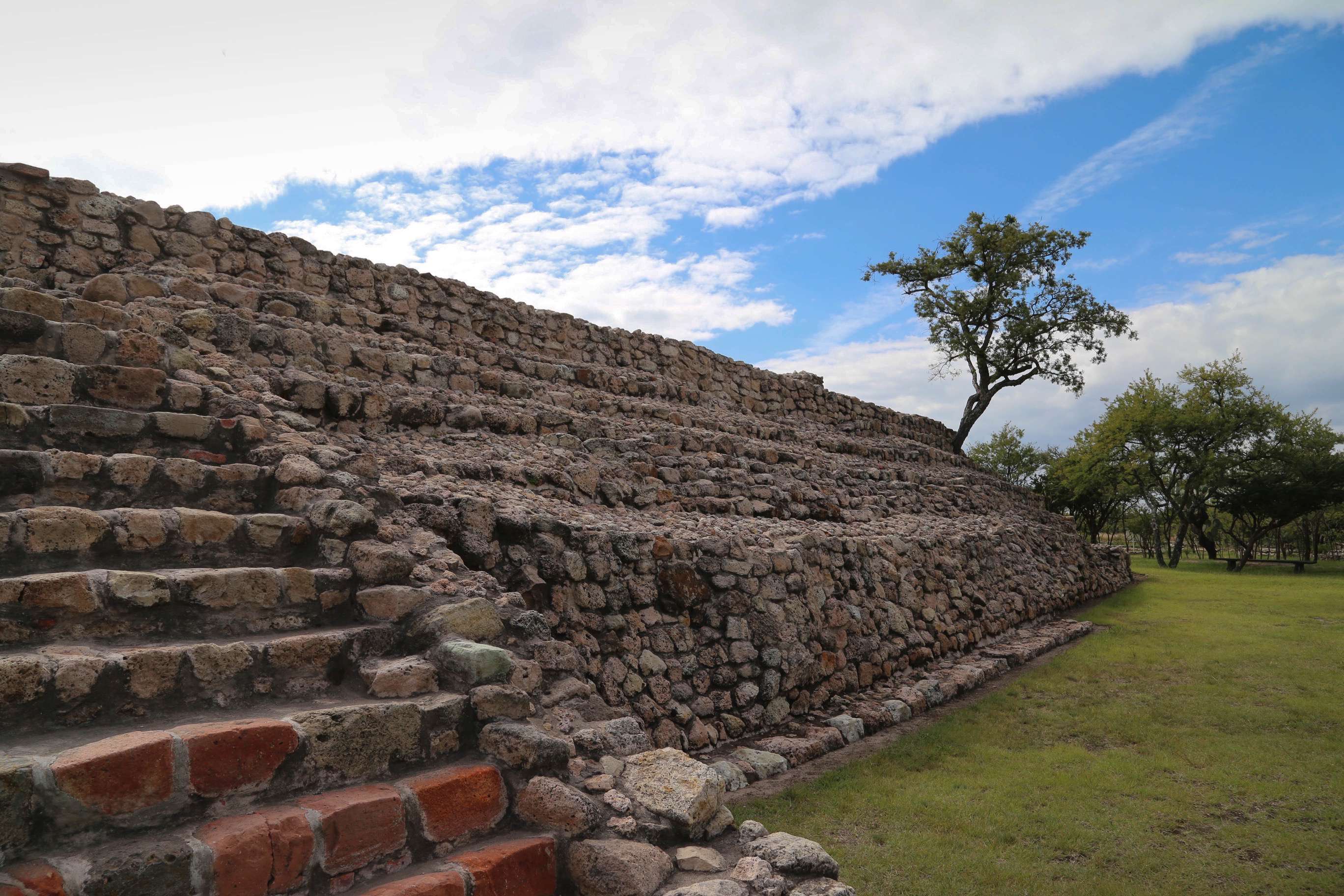 The steps up the pyramid are both steep and narrow, and visitors need to climb carefully.

No matter how you decide to visit, be sure to go, if you can. And when you do, as you stand atop the pyramid, close your eyes and listen carefully. Carried by the breeze you just might hear the ancient Otomi tongue whispered in your ear, revealing some of the secrets of Cañada de la Virgen.