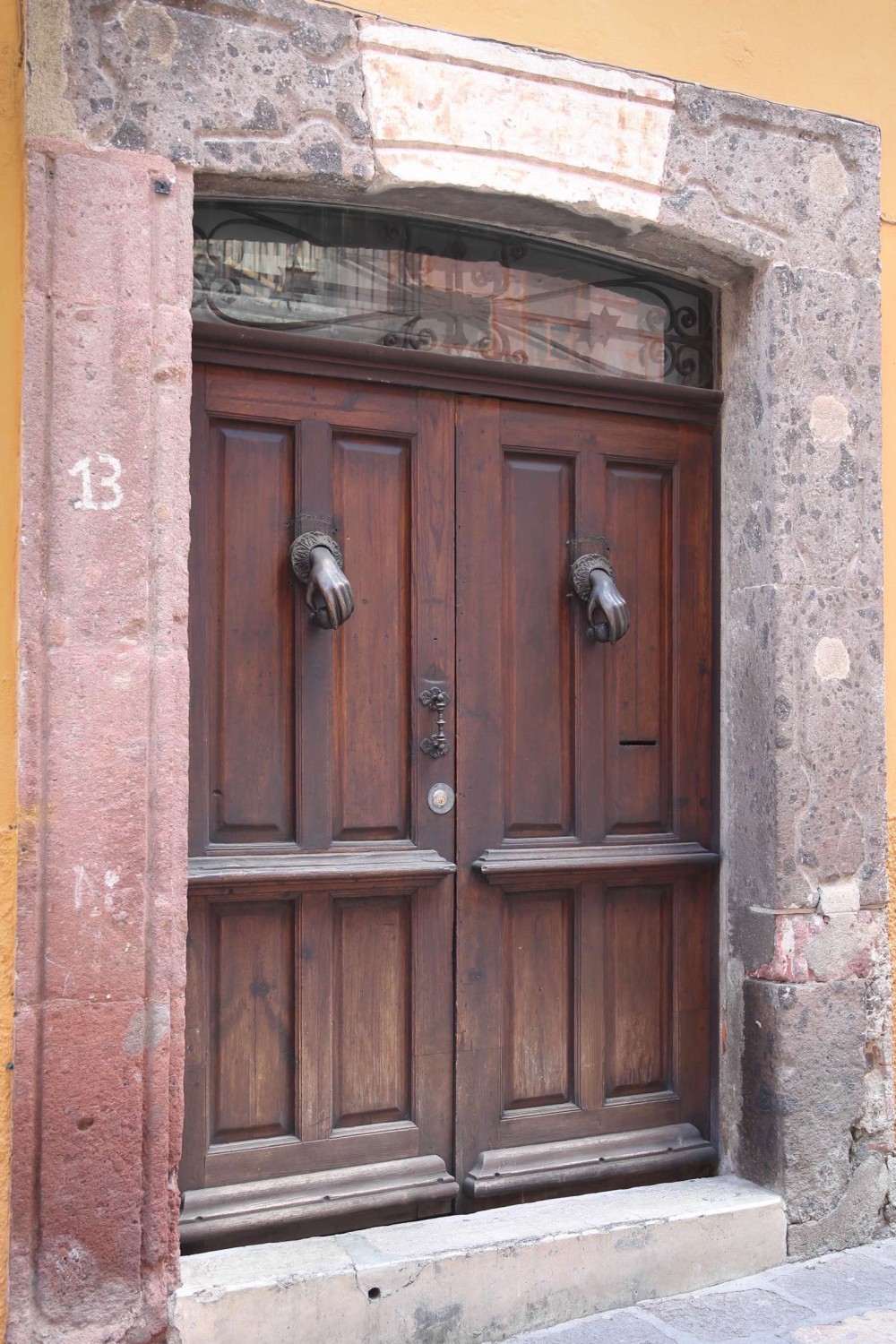 By some estimates, upwards of 2,000 doors are along the streets of El Centro in San Miguel de Allende. No matter the number, each door is different, many are distinctive and some qualify as unique. But mostly, each door is an opaque veil hiding behind it a story all its own. 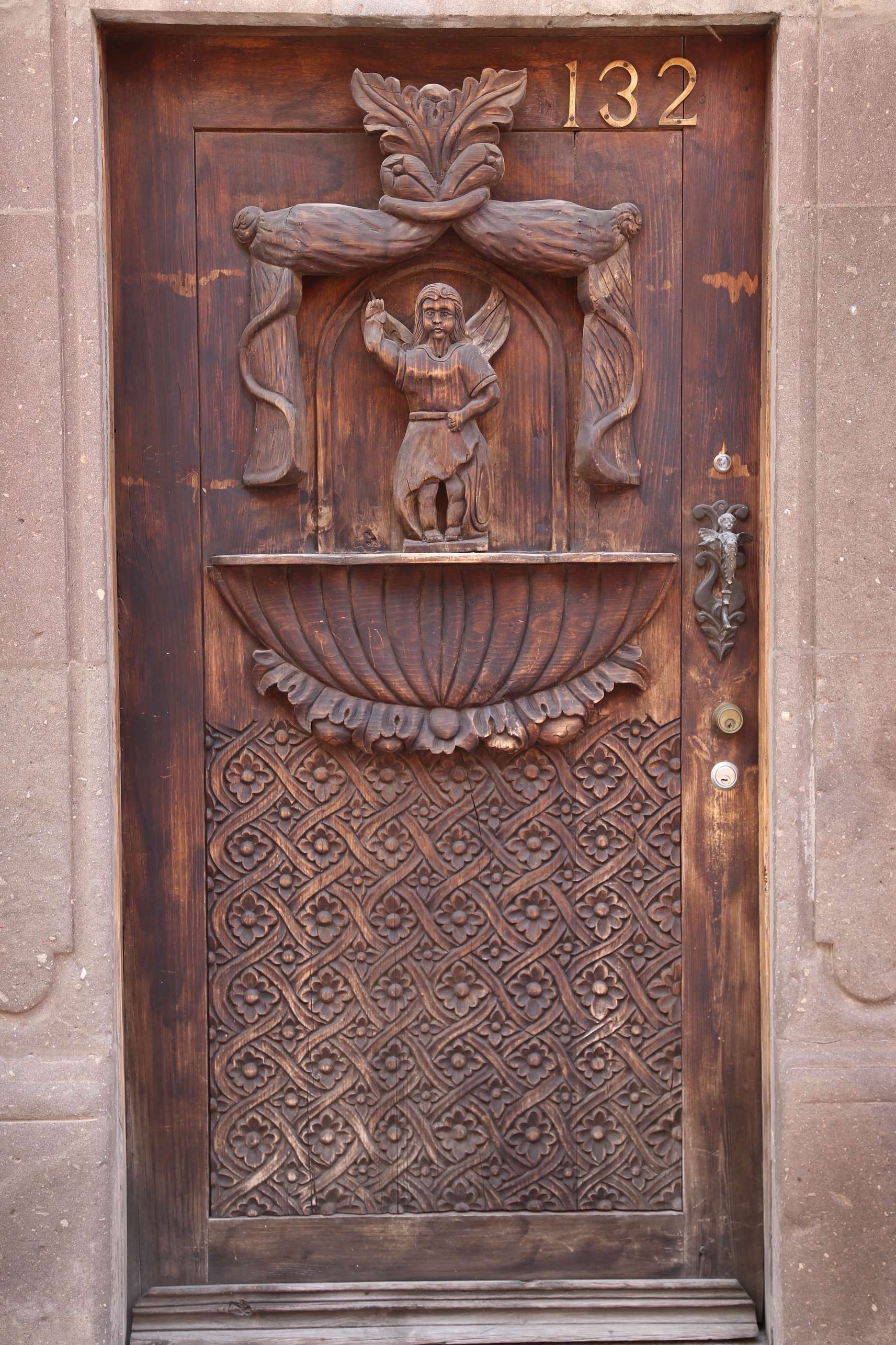 In a real sense, a door stands as a sentry at a portal, a delineation between one state and another; outside versus inside, old to new, greeting or farewell, something lost to something newly gained. Every human emotion and activity has taken place in that thin space between then and now where a single step can change everything. 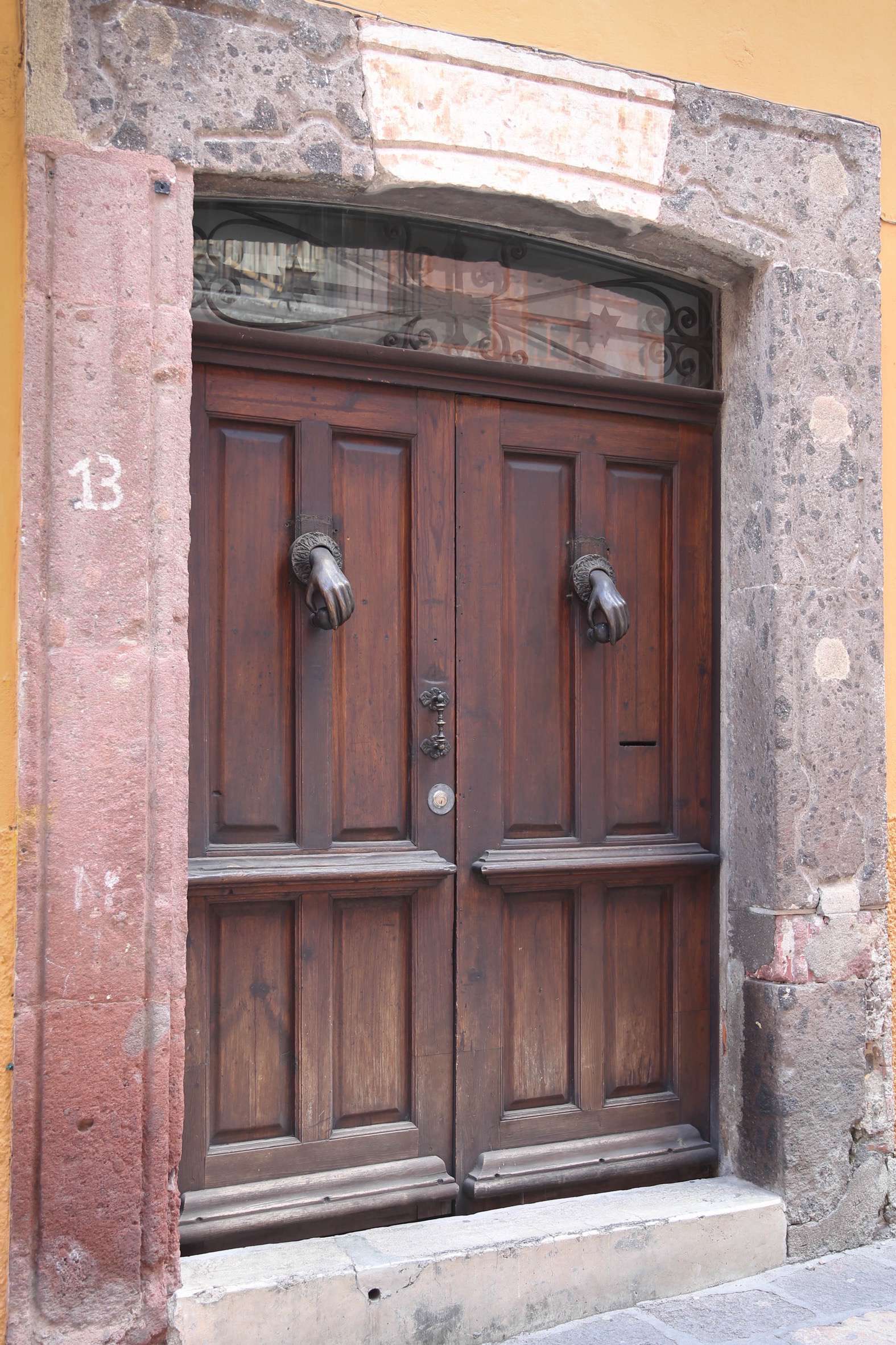 This double door holds a pair of hand doorknockers, each holding an apple. 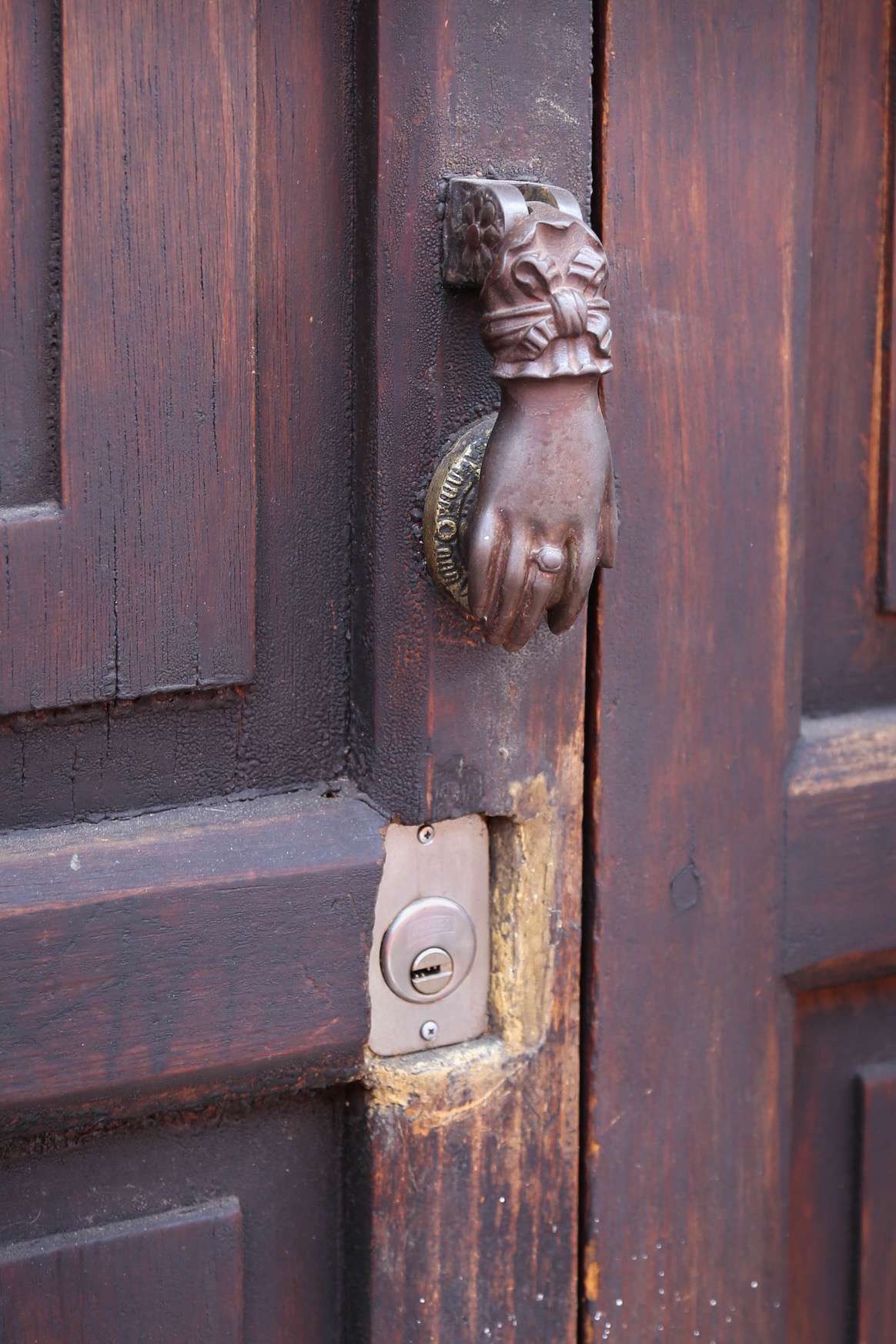 While still impressive, this hand is a bit more dainty, but still fashionable.

For San Miguel de Allende, first settled by Spanish colonialists in 1542, doors have served those duties and more. In the town’s early days doors were protection and a declaration of status, to keep secret what was behind high walls. 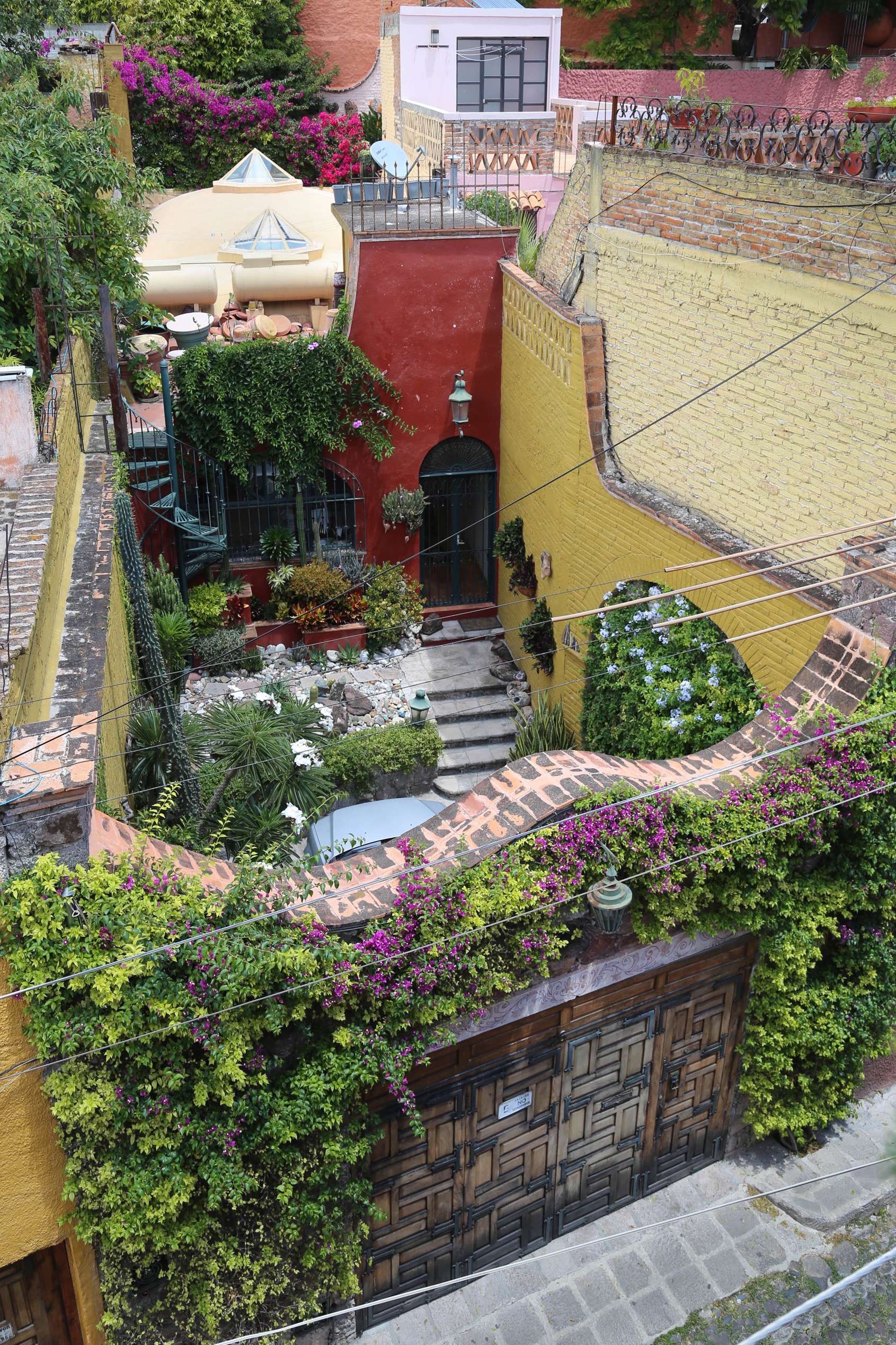 From a high vantage, the beauty of a home’s courtyard reveals itself.

Over time, the harshness of status has given way to a cultural texture that helps define a place attracting visitors from around the world. Books have been written about the doors of San Miguel de Allende and countless photographs have been taken of virtually every one of them. 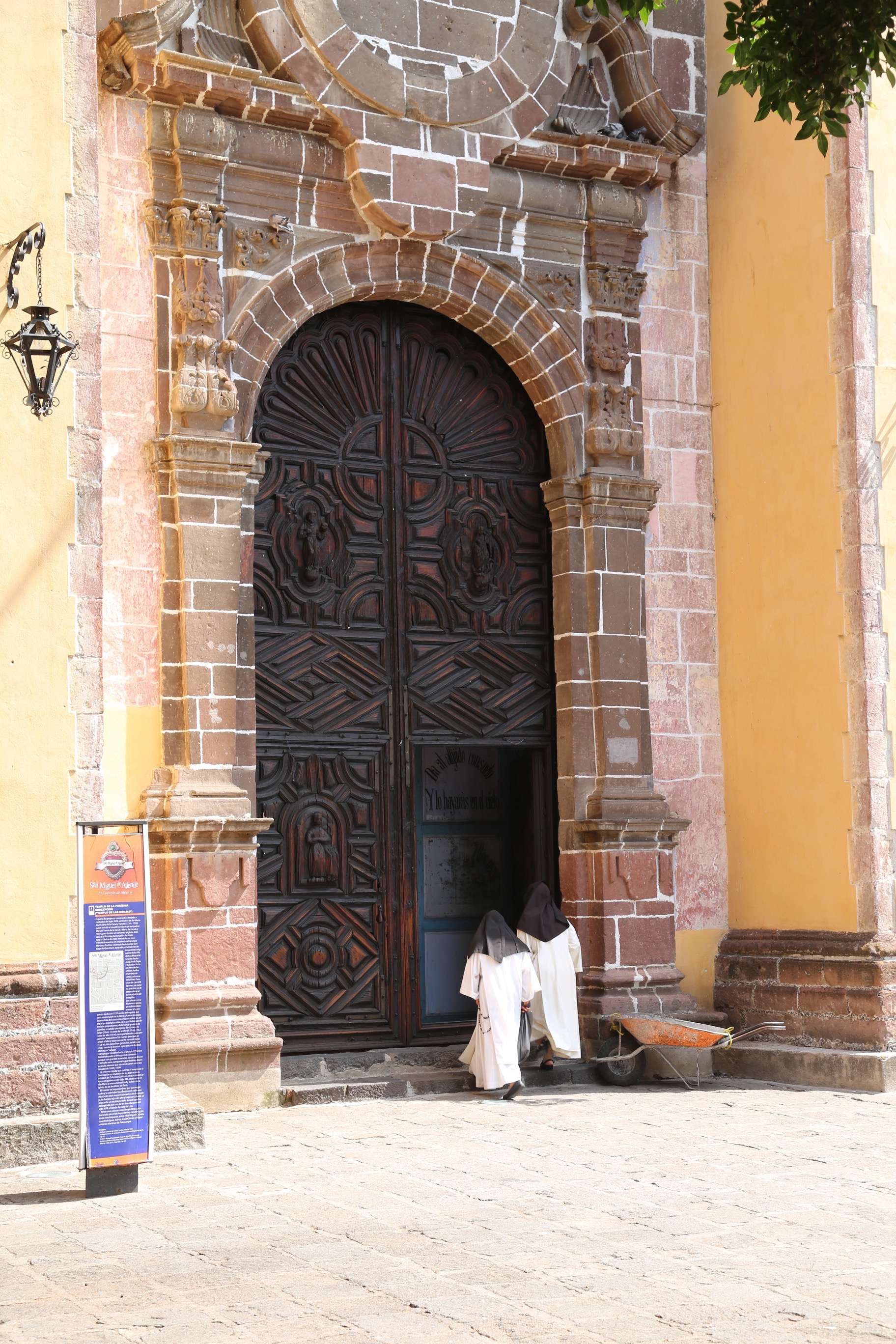 A pair of nuns, having finished their morning errands, return to the convent.

First-time visitors to San Miguel de Allende are struck by how different all the doors are and how each makes a statement, averring, “Look at me!” From dilapidated, aged wood, to modern carvings, even metal, the doors declare the pride – and often the financial state – of the owner. 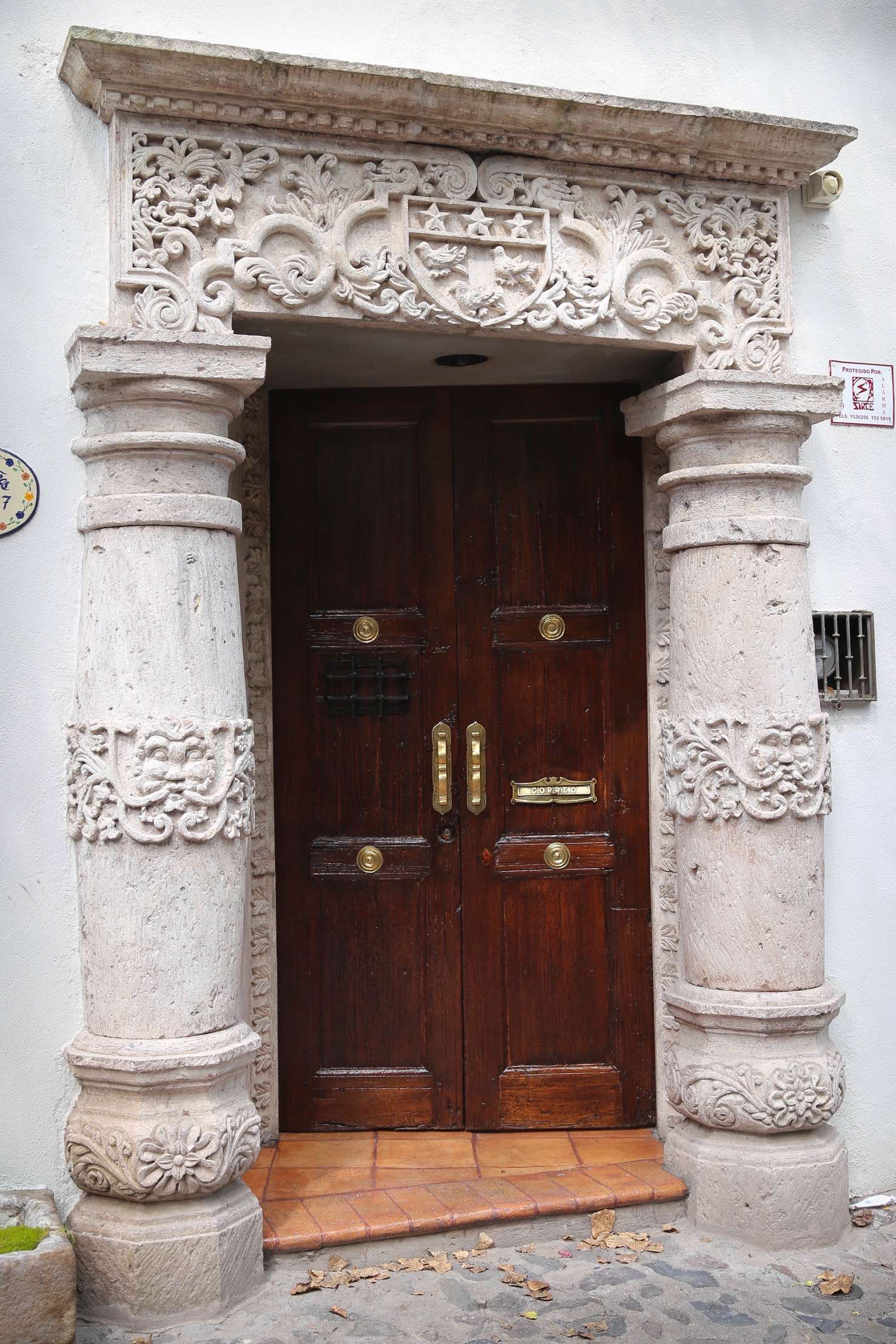 This modern — and expensive — entryway is hidden on one of the city’s many side streets.

No self-respecting door in San Miguel de Allende would be complete without an appropriate doorknocker, which serves as both an adornment as well as a functional way to inquire if anyone might be home. And here, like the doors, there is ample opportunity to put your personality on display for all to see. 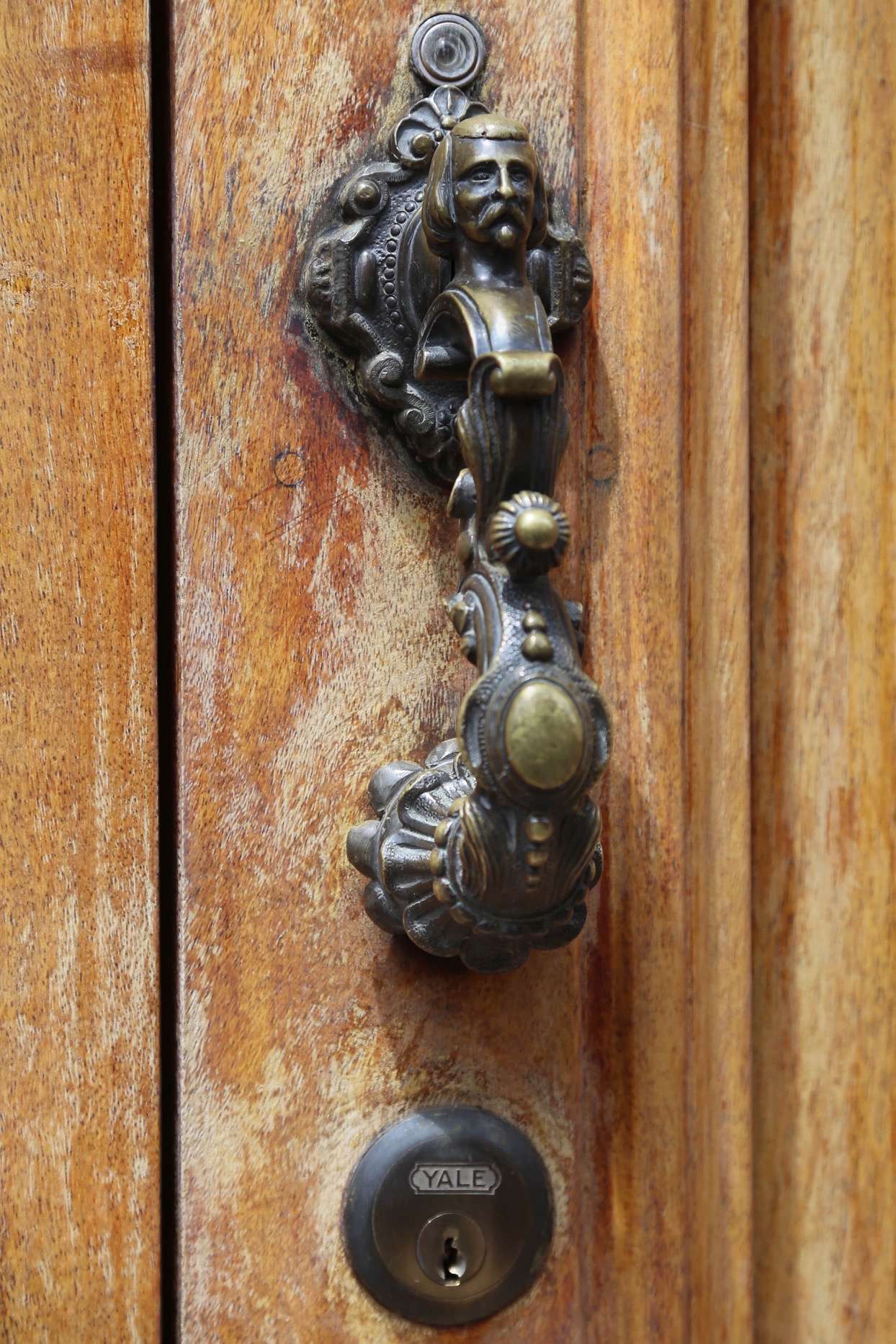 The details of the doorknockers are often as interesting as the door itself. 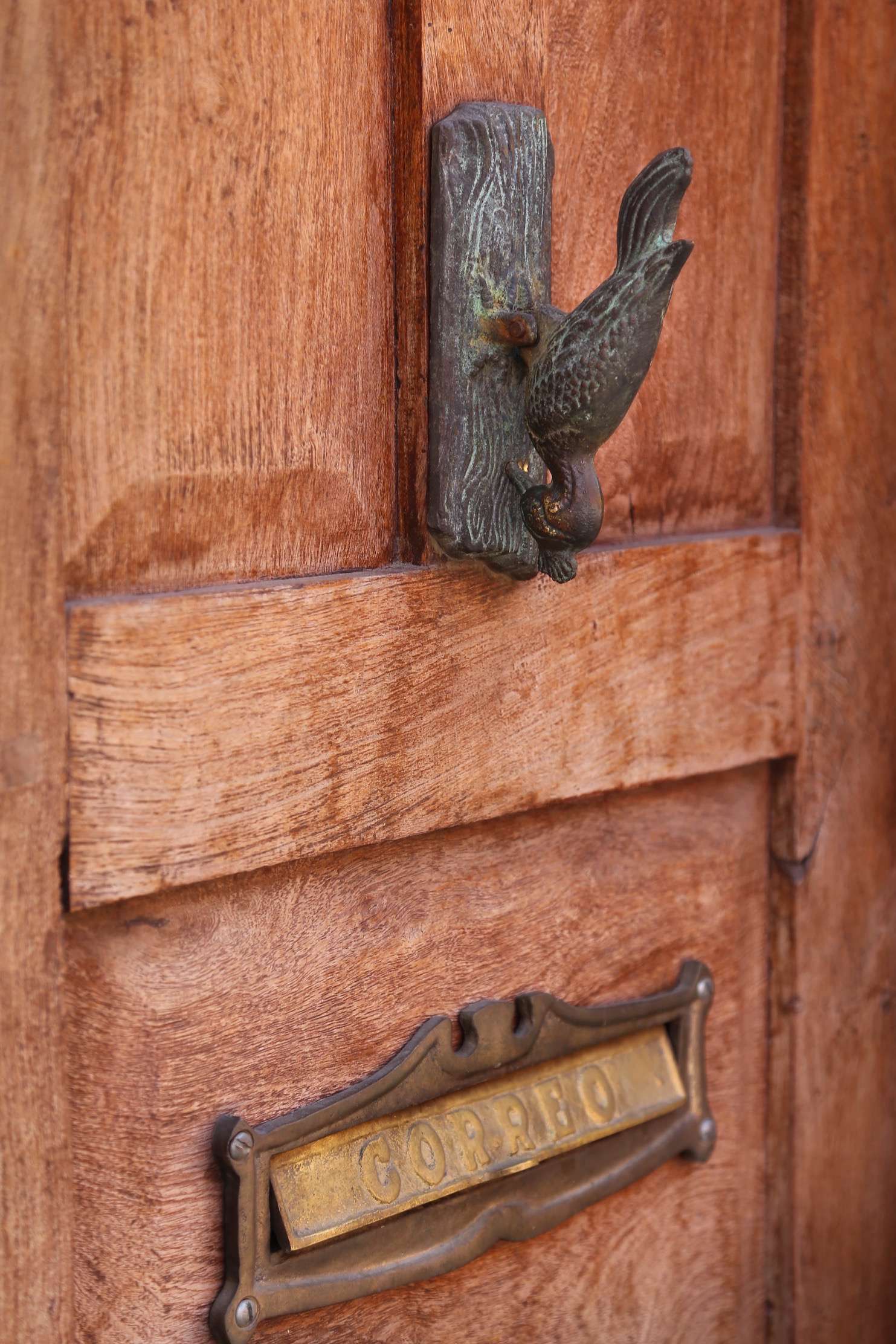 It’s a knocker, not a tweeter. 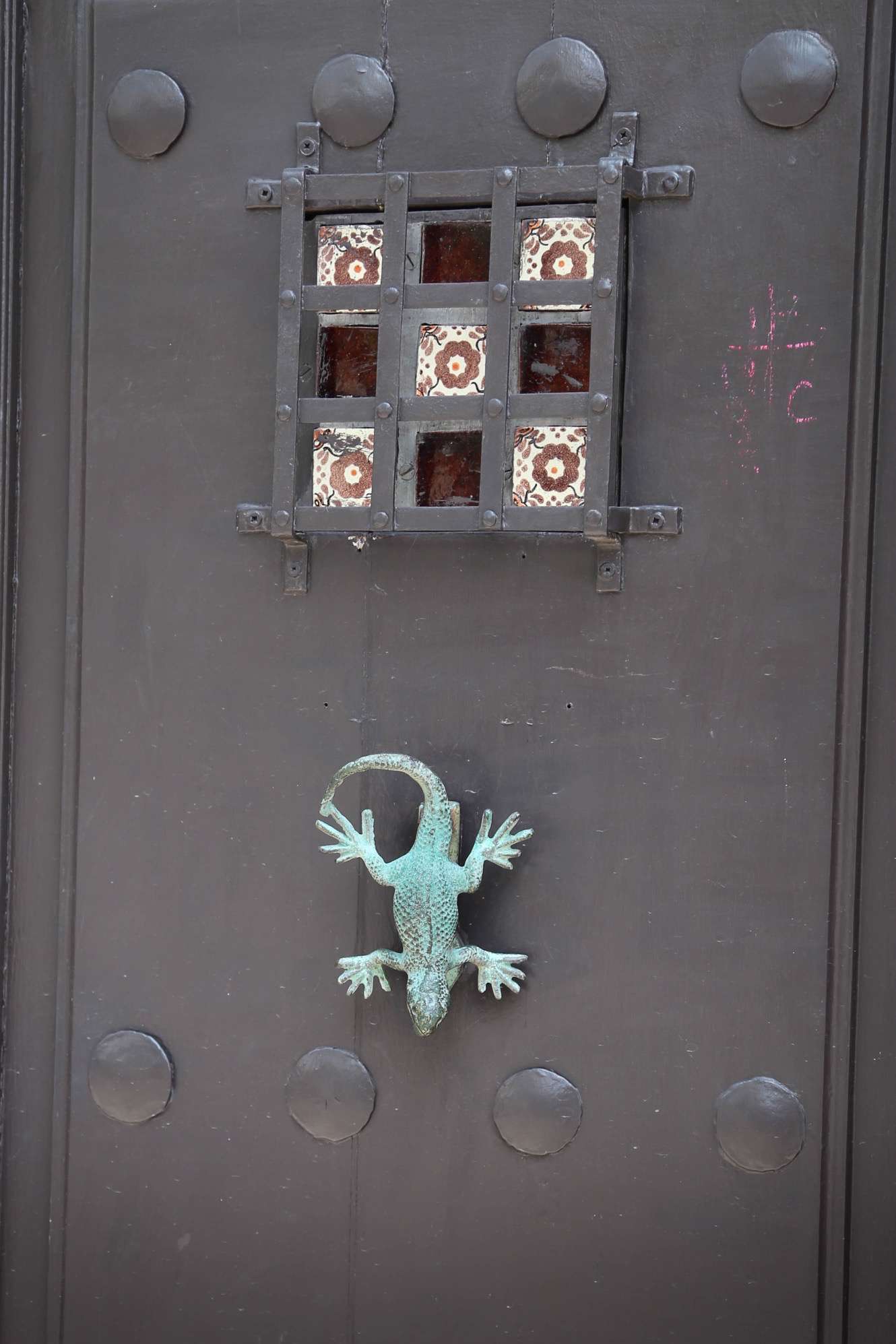 The door is a bit plain, but the lizard adds a distinctive touch.

What is hidden behind the doors is, for many, an even more intriguing notion. It is a question well worth the asking. Behind the door can be a business, an elegant home, a hotel, an empty lot awaiting a new future, or a parking lot where the city’s many visitors leave their cars and trucks, rather than struggle to find the few parking spots along the city streets. 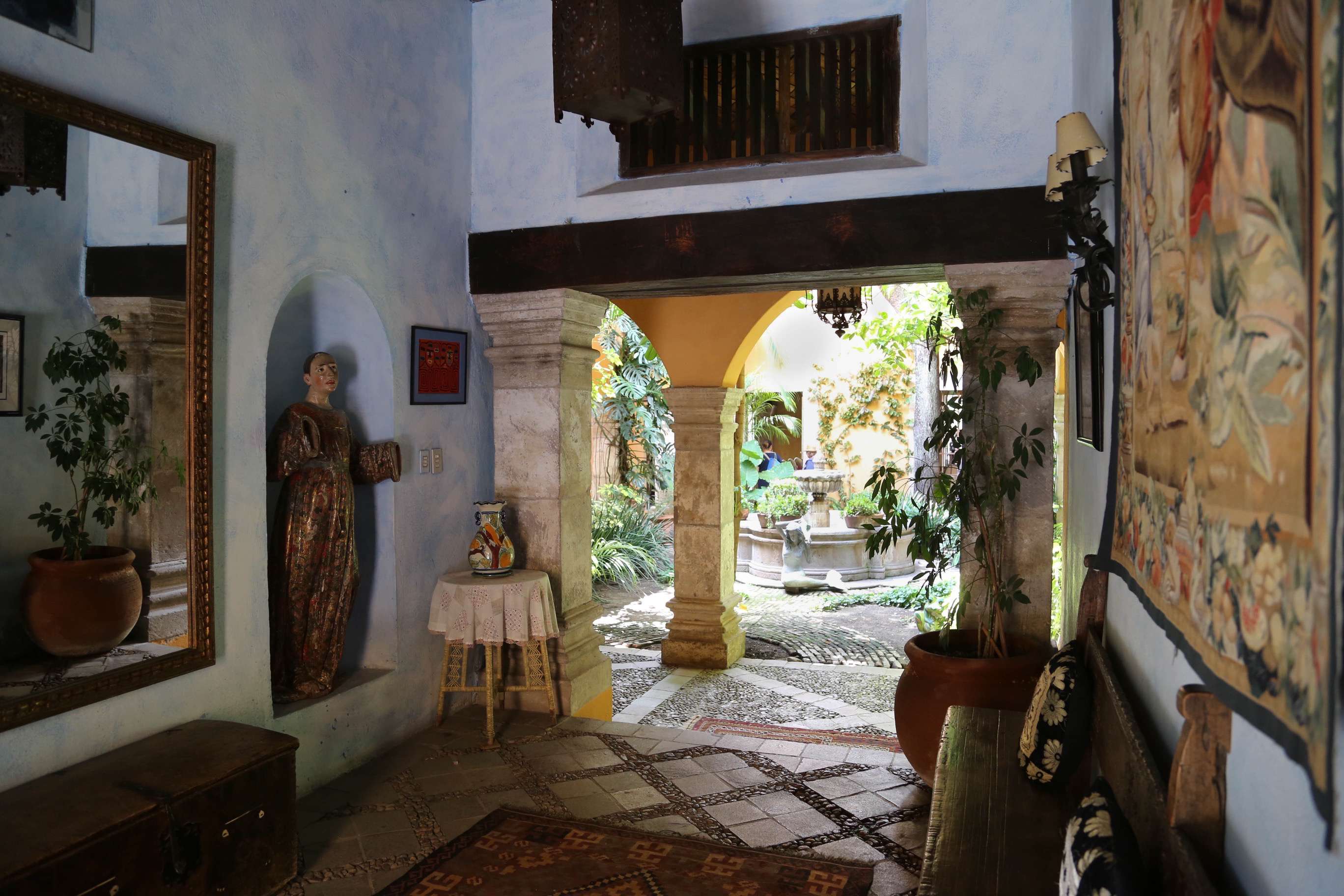 The entry hall of this large home transitions into a lovely courtyard with a tranquil fountain. 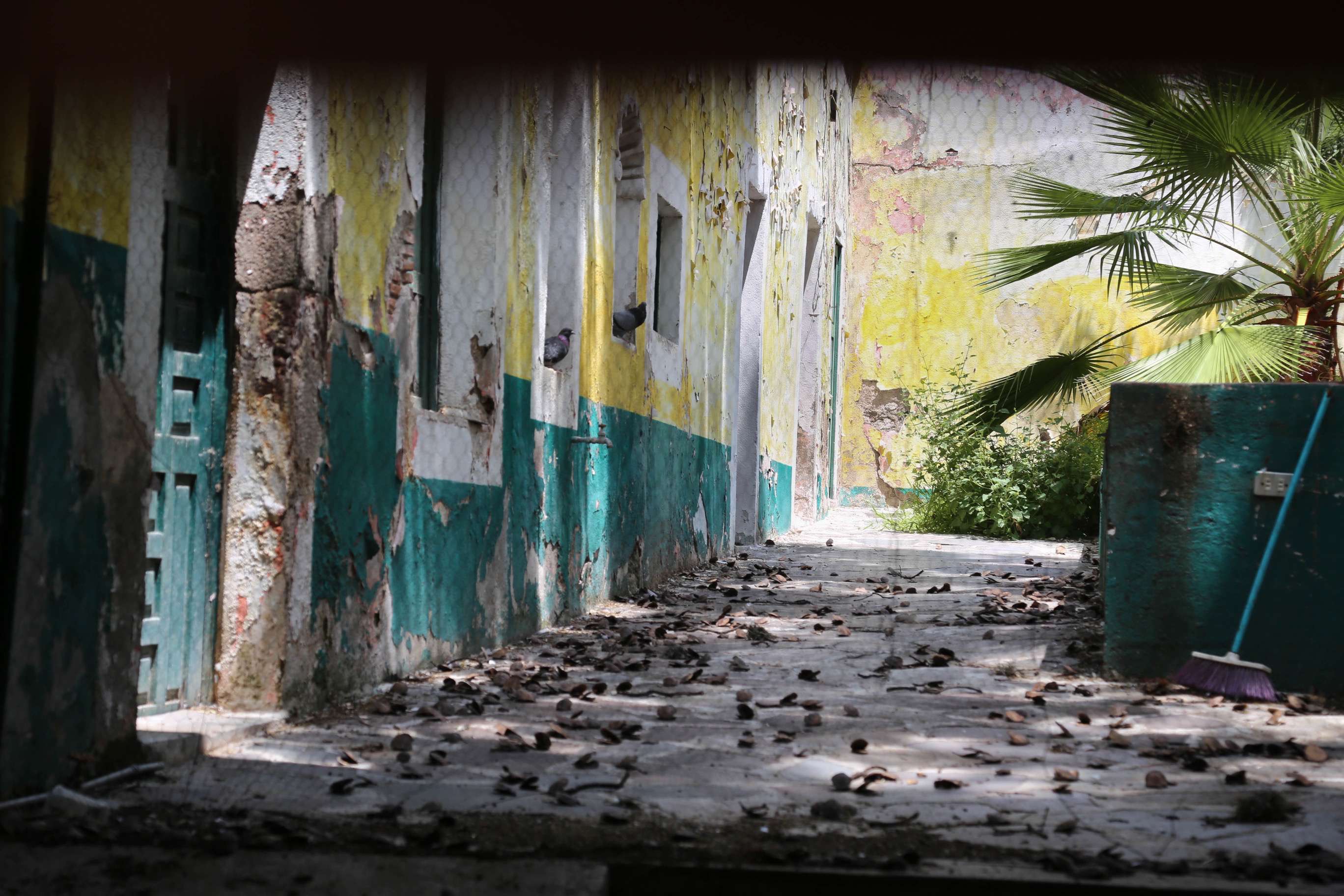 This empty space is merely waiting to be turned into a new use. 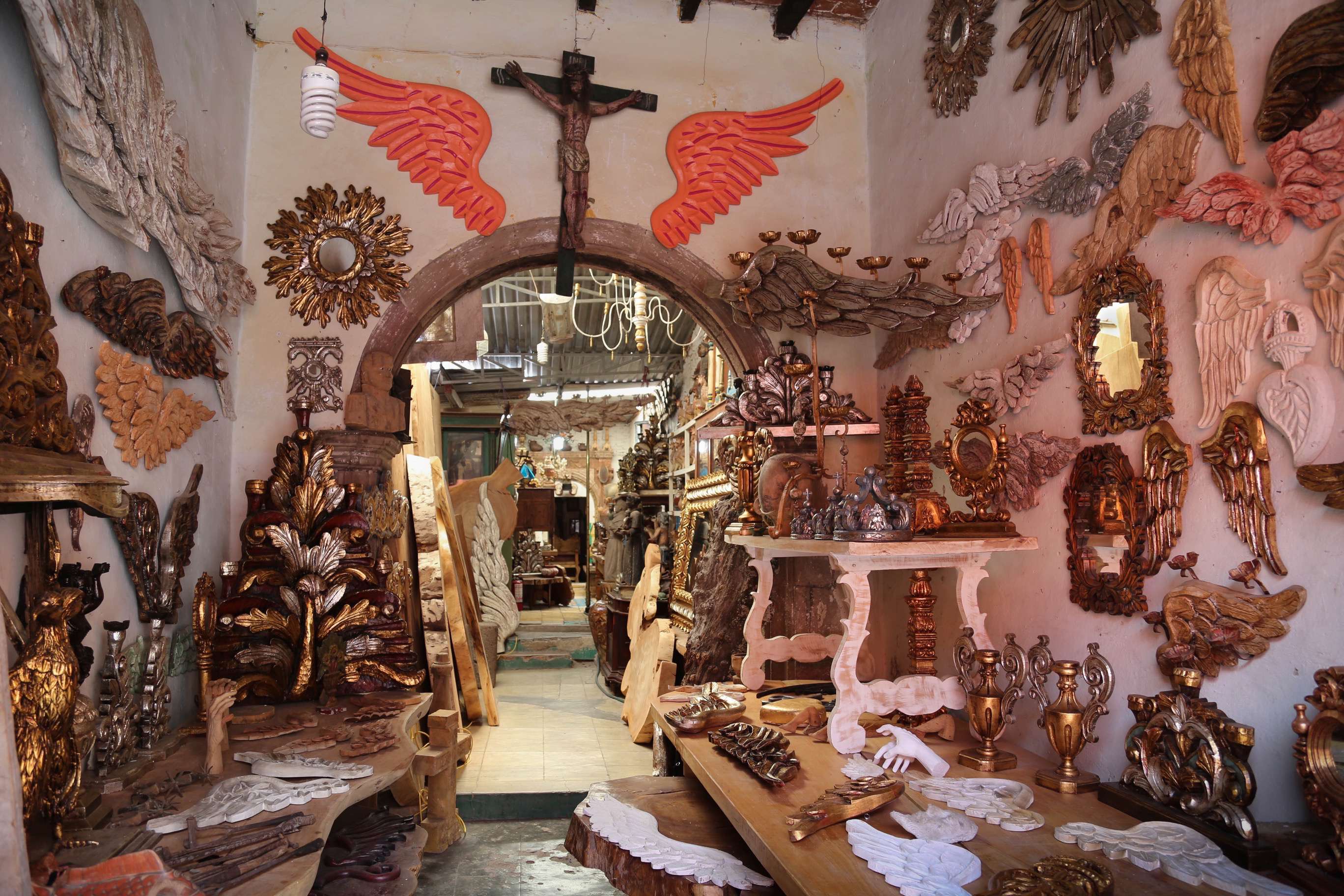 The door of this shop is a bit plain, but inside is a menagerie of choices, much of it religious. 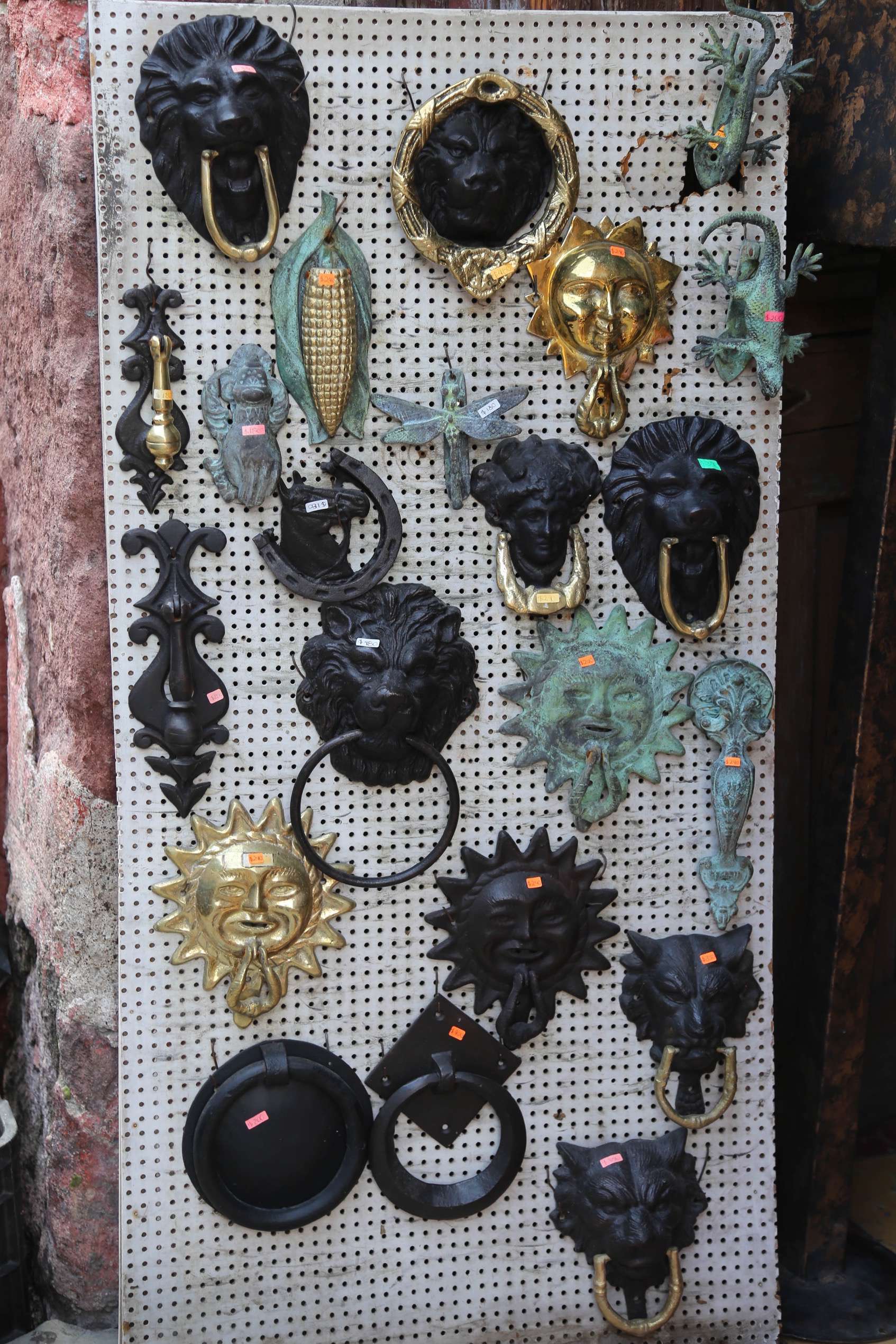 Prices for these doorknockers range from under eight dollars to upwards of $20 US, or more.

San Miguel de Allende is a city that makes walking about a lot of fun because there is so much to see at every turn. But care must be taken to watch one’s step (sometimes known as the City of Fallen Women), and not get too distracted. 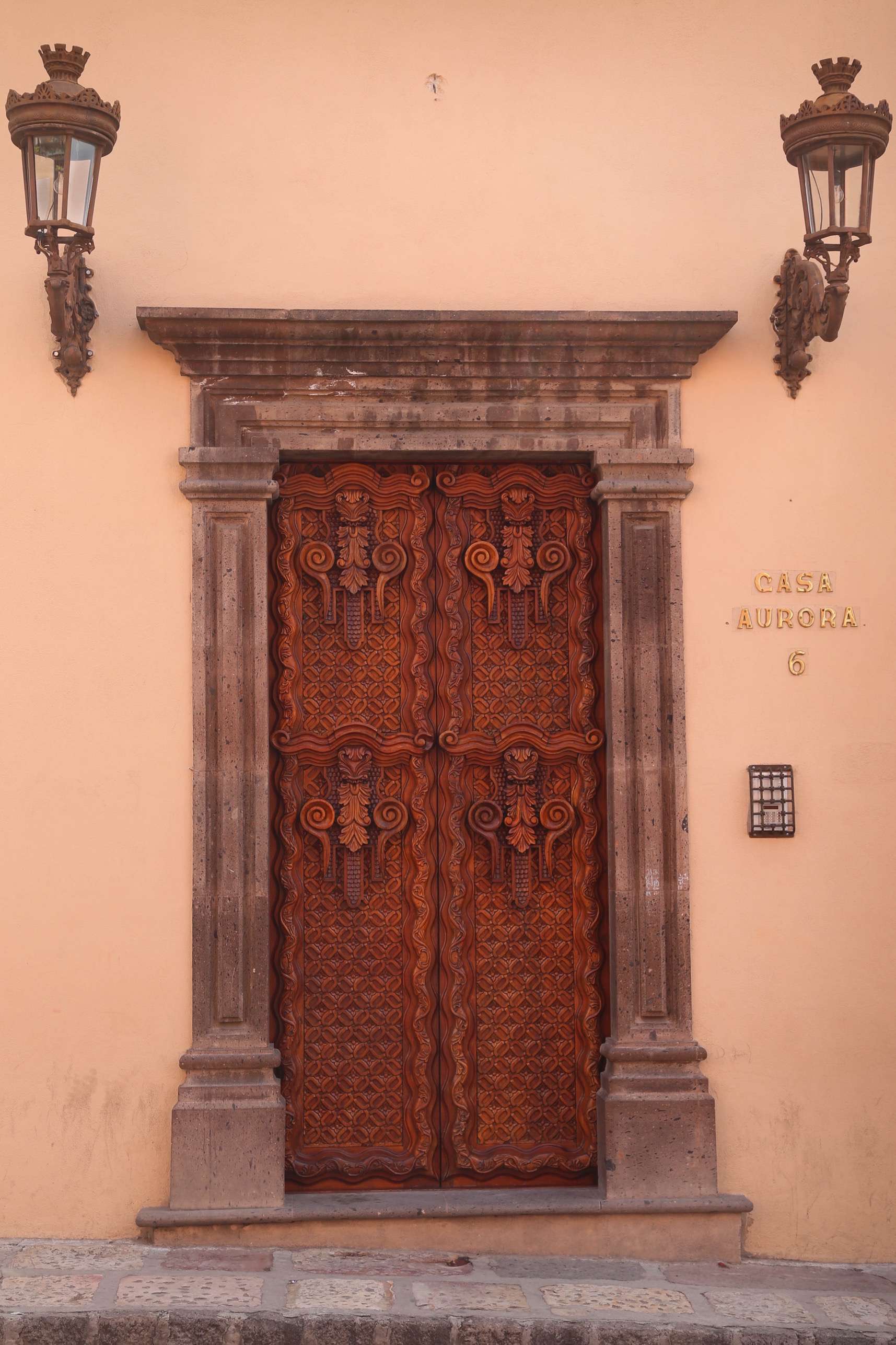 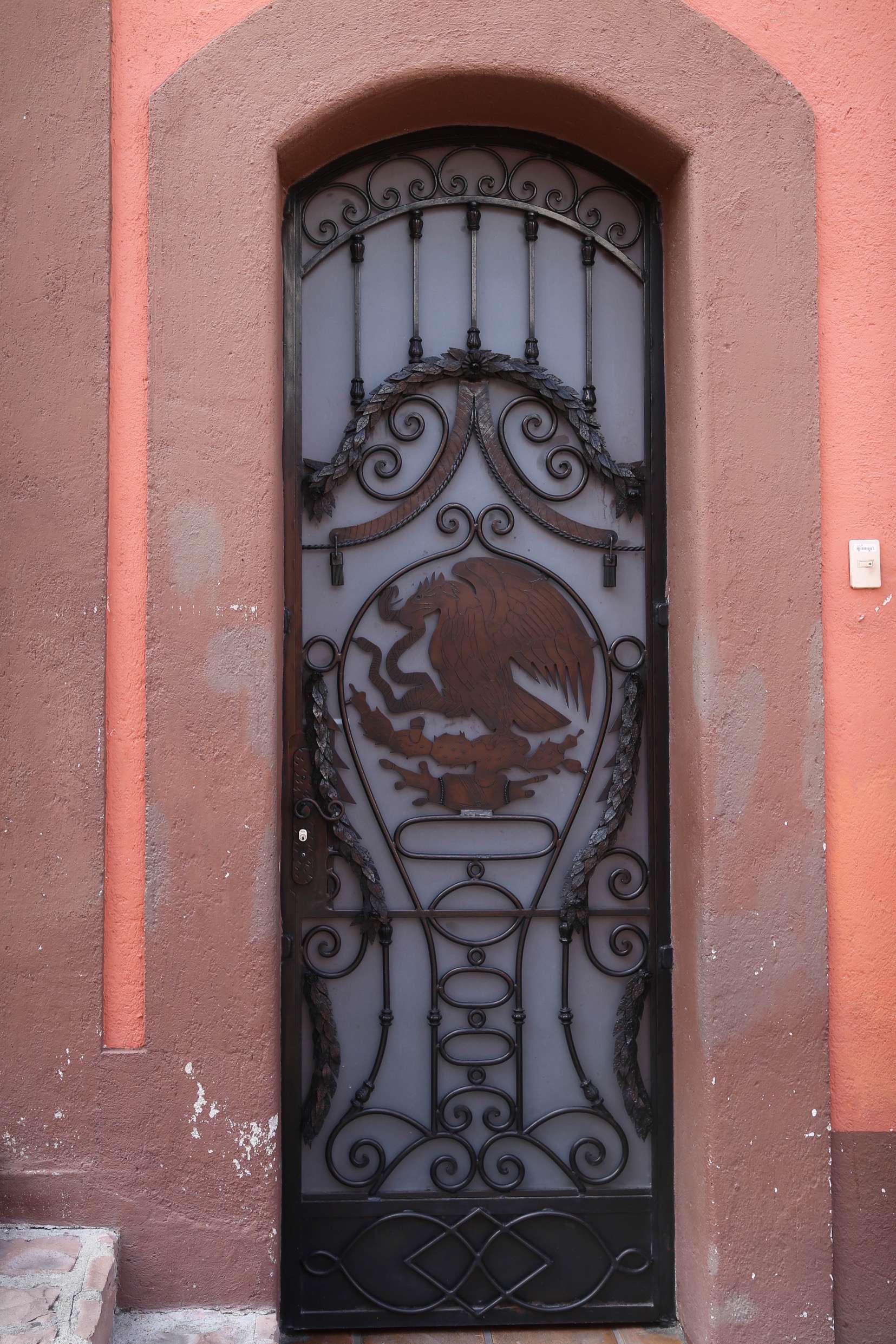 This entrance declares the owners’ patriotism for Mexico.

And to make it easy for visitors to San Miguel de Allende, there are a number of city tours where guides take you around and tell you about the history and culture of a place where the doors are just one aspect of a city that is a world of visual opportunity.