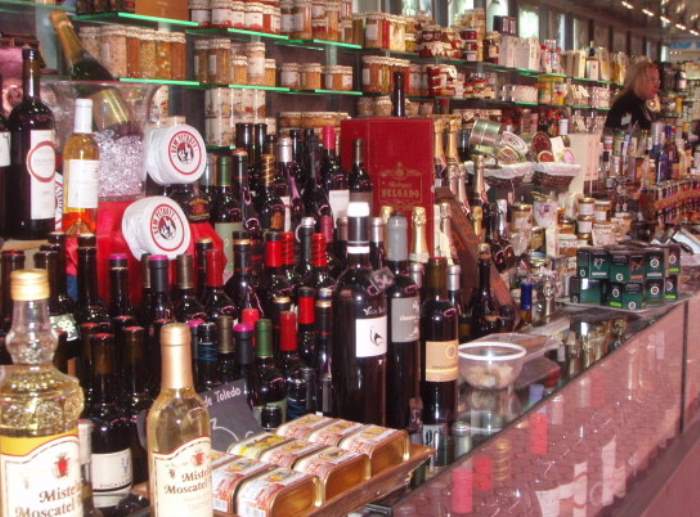 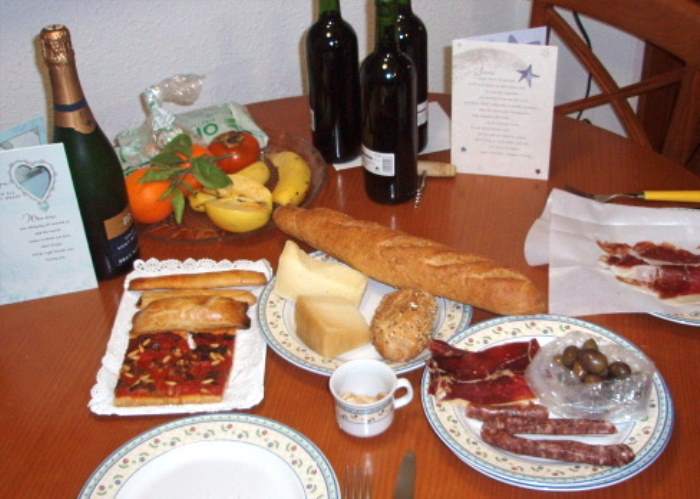 This feast was easy to find at the market in Benicarlo, Spain. We celebrated our 20th. I mailed anniversary cards ahead of time.

The idea for A City A Month arose out of an article in the Wall Street Journal in October of last year. It featured Lynne and Tim Martin and how they were living “Home Free.” For our plans, we consulted their webiste, http://www.homefreeadventures.com and it offers loads of terrific advice. The following is a post I sent.

It took only a moment’s conversation between my wife, Kay and me to decide our life’s retirement, and we have you two to thank.

She brought home the October 2012 WSJ on Home Free living and left it on the kitchen counter. A few days later I picked it up, read it and immediately called her at work. “This article in the Journal,” I said. All I got was a wary, “Yes?” “This is an amazing idea and that’s what we should do!” Words of joy poured out of her and we haven’t looked back since.

Our general plan will be to live in a city a month. (You’re in Paris now, I believe, and we’ll shoot for a couple of months there.) While still three years or so from the start of our adventure, planning is well underway. We’ve begun to target things that must be in place; banking, healthcare, communications, to name just a few. I’m sure you can appreciate how careful one can mull the merits of various 30-inch roller bags!

We’re actively speaking about this with friends and family and virtually every one of them thinks this is the coolest idea they’ve ever heard of. On top of the positive reinforcement, it’s incredible the amount of things we’re learning. The more you share, the more you learn. While on vacation recently in Northern Arizona, we met a woman from Buenos Aires who gave us some great tips about her city. Our mortgage banker’s father lives Home Free and has four doctors scattered around the world. I have a folder full of websites bookmarked. The list goes on.

We will follow your lead on many things, such as beginning in San Miguel for a Spanish immersion. My Spanish is barely rudimentary, but three months should buff it up nicely. We will work our way down through Central and South America, then take a cruise repositioning out of Rio (late April) and head to Barcelona. A year on the Iberian Peninsula and coast of North Africa, then up through France. Kay lived in Italy for four years and her Italian is quite good. We’ve got the next several years mapped out.

As we go along, I know I will be asking you two for advice.

And like you, I will be writing and photographing our adventure. As I write, I will of course cite you and Tim and mention your website so that other intrepid travelers can find out how to live throughout the world.

Again, thanks for showing the way.

Best to you both.”