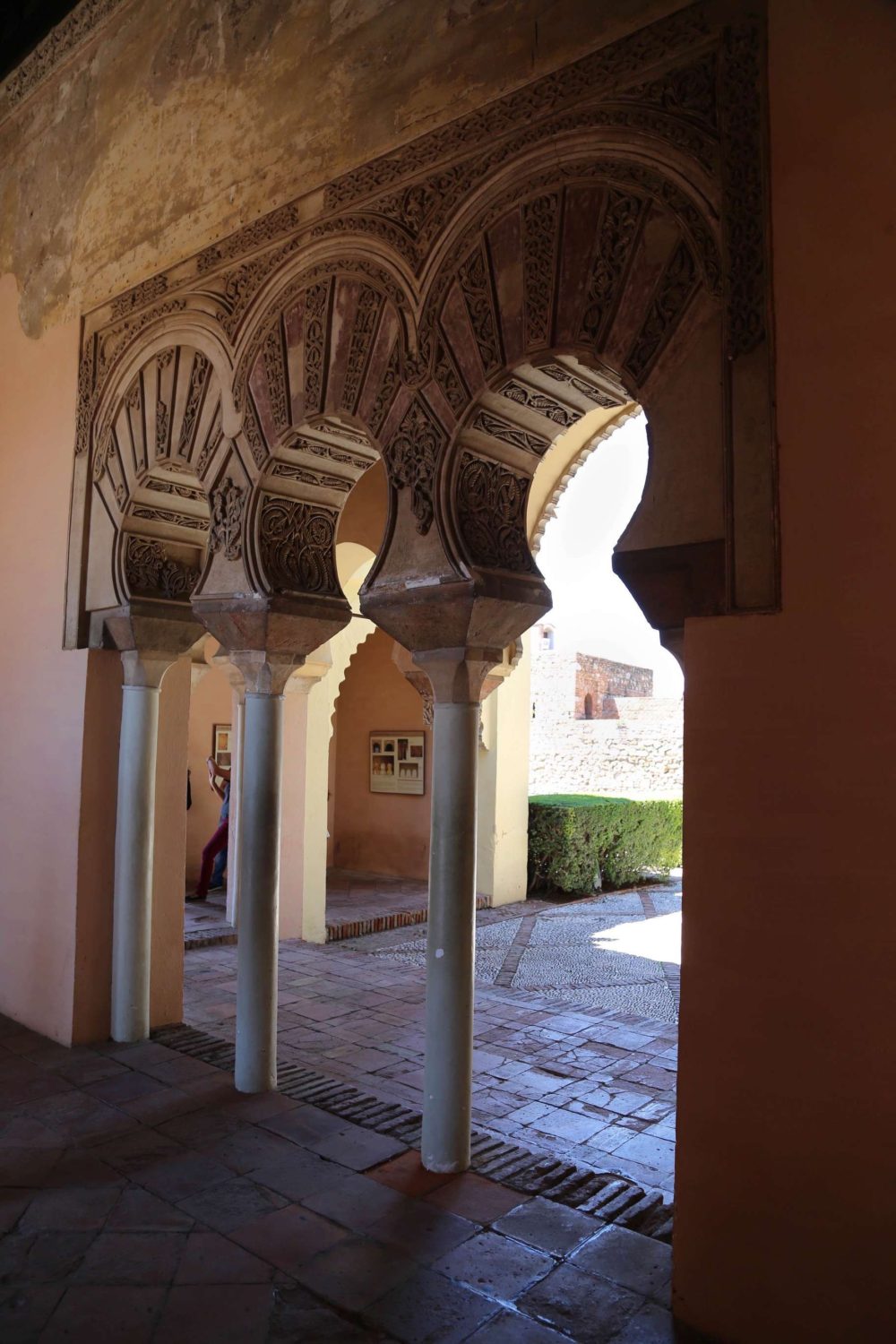 Málaga, ancient and new, clusters around the harbor that has been serving people for more than 2,800 years.

In some form or fashion every city in the world brags on itself. Some boast of interesting moments from their past, or notable people who were born or lived there. Other cities are famous for foods or drinks. And some places played a crucial role in a nation’s development. But a few cities in the world can lay claim to something truly special – being there when human civilization was just getting its feet off the ground. Málaga is one of those, and as old as it is, it continues to reinvent itself anew. 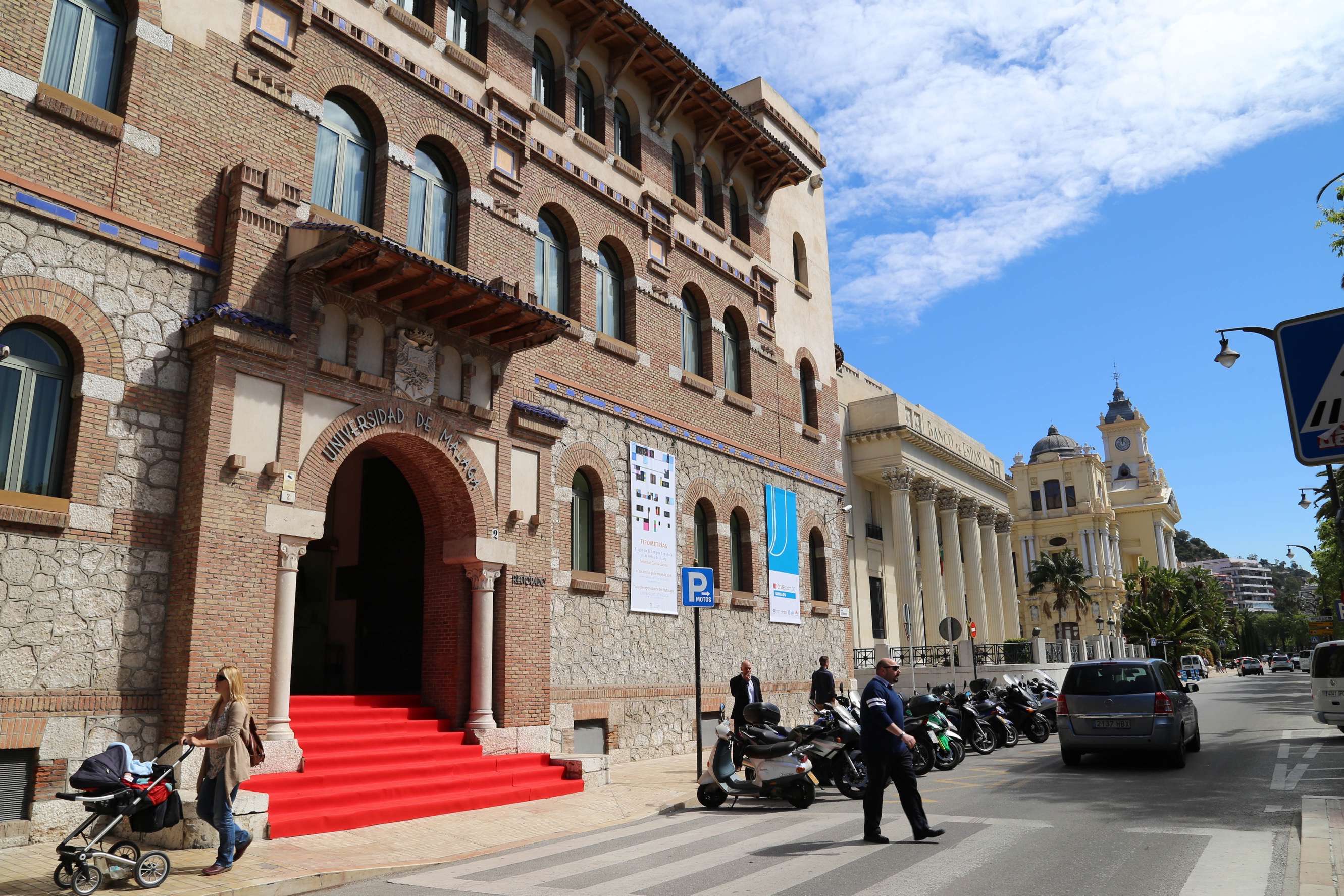 Universidad de Málaga is a relatively new institution in this ancient city. However… 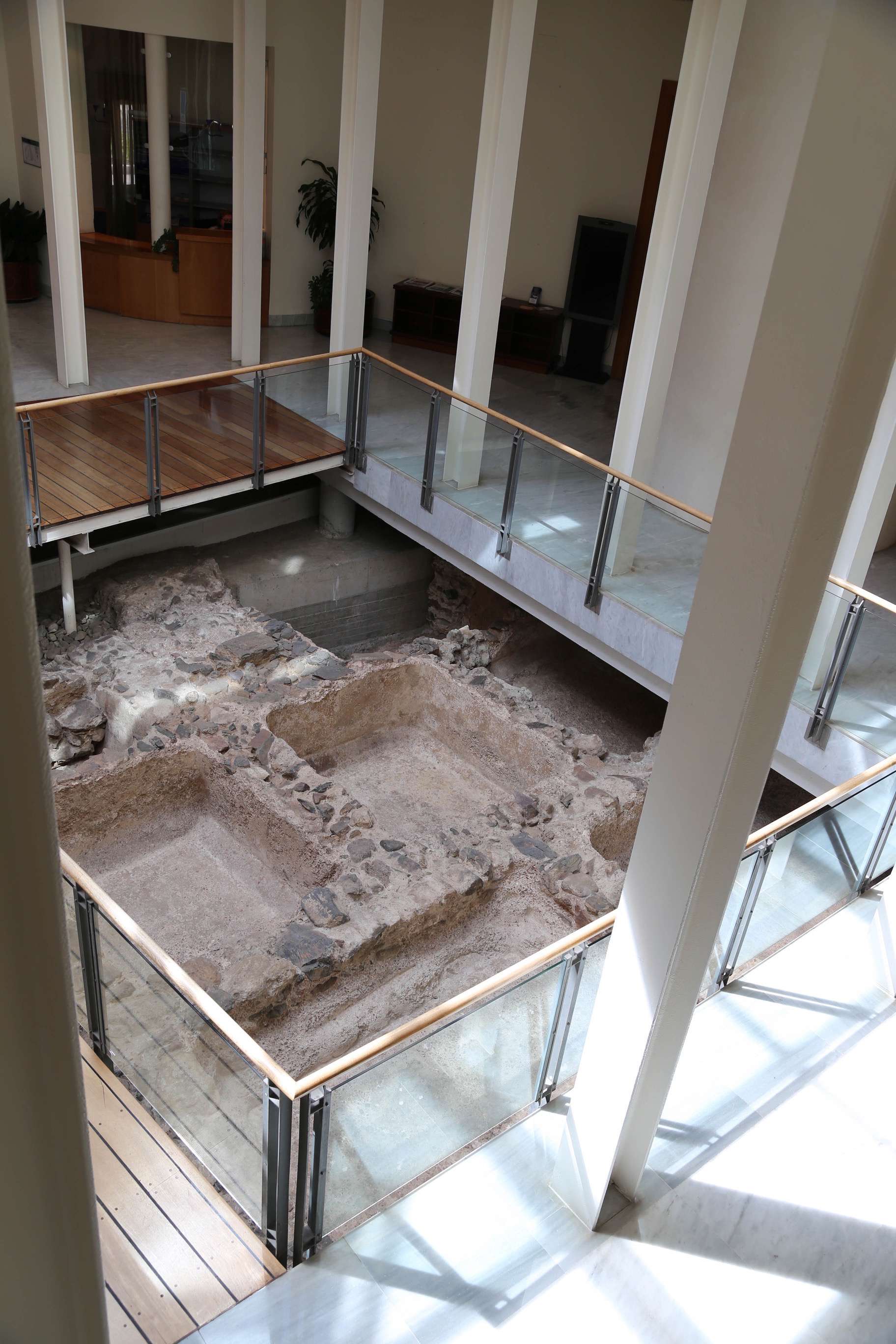 …inside the main entrance is carefully preserved evidence that people have been living and working in Málaga for thousands of years.

Settlers have long been drawn to this desirable location on the south coast of Spain, where sunshine brightens the countryside, moderate rains fall, plentiful food is drawn from the sea, and cooling breezes of the Mediterranean keep the summertime temperatures pleasant. 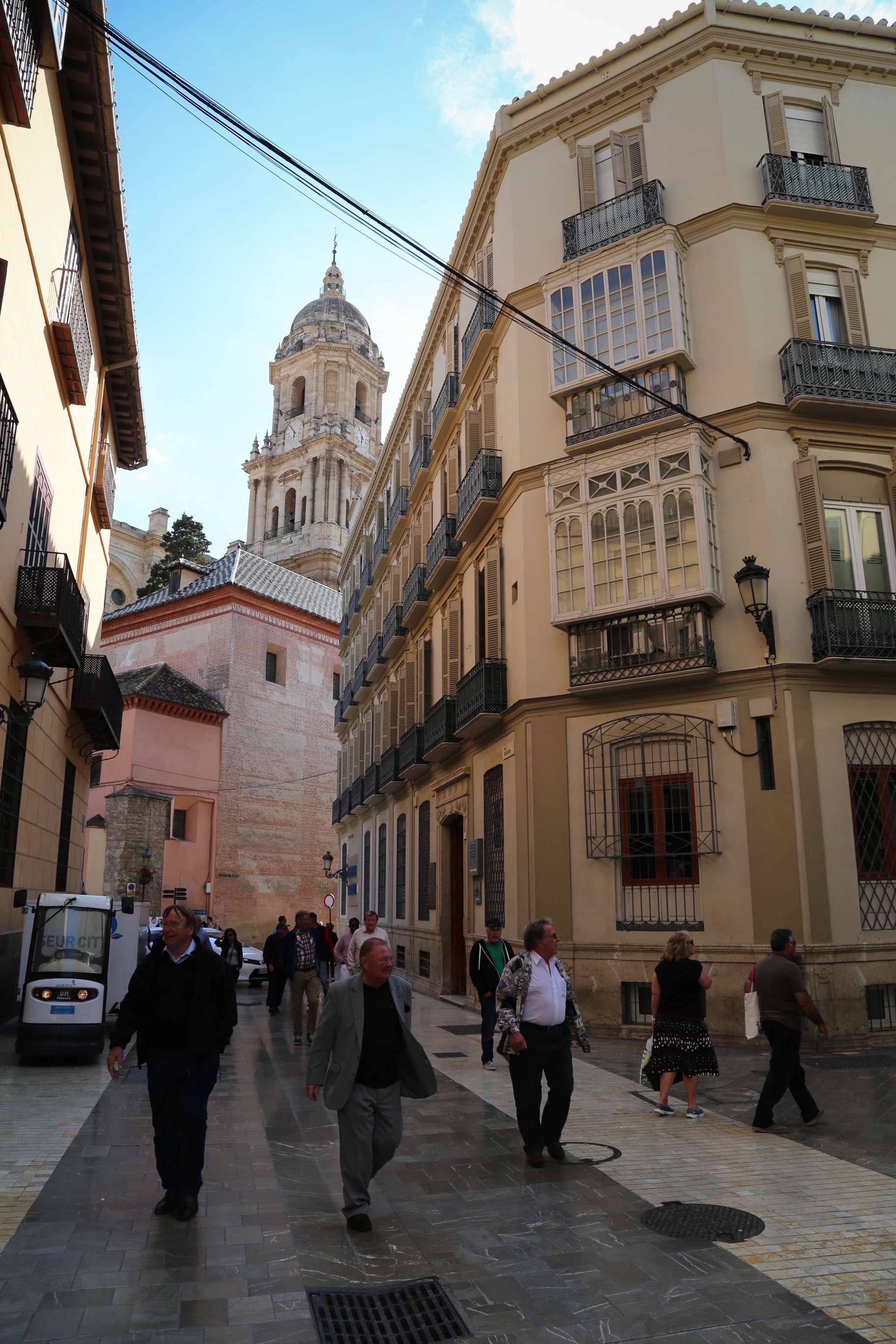 The old city area of Málaga bustles with people, both locals and visitors.

Málaga is the sixth largest city in Spain (569,000 residents) and the largest in Andalucía, but far fewer tourists visit there than Madrid (3.1 million residents), with 6,000,000 visitors per year, or tourist-infested Barcelona (1.6 million residents), with 9,000,000 visitors annually. But Málaga’s charm and beauty make it well worth a stop, as nearly one million visitors per year can attest. For more than 2,800 years people have converged at Málaga, proof that it’s a great place to visit or carve out an enjoyable life. 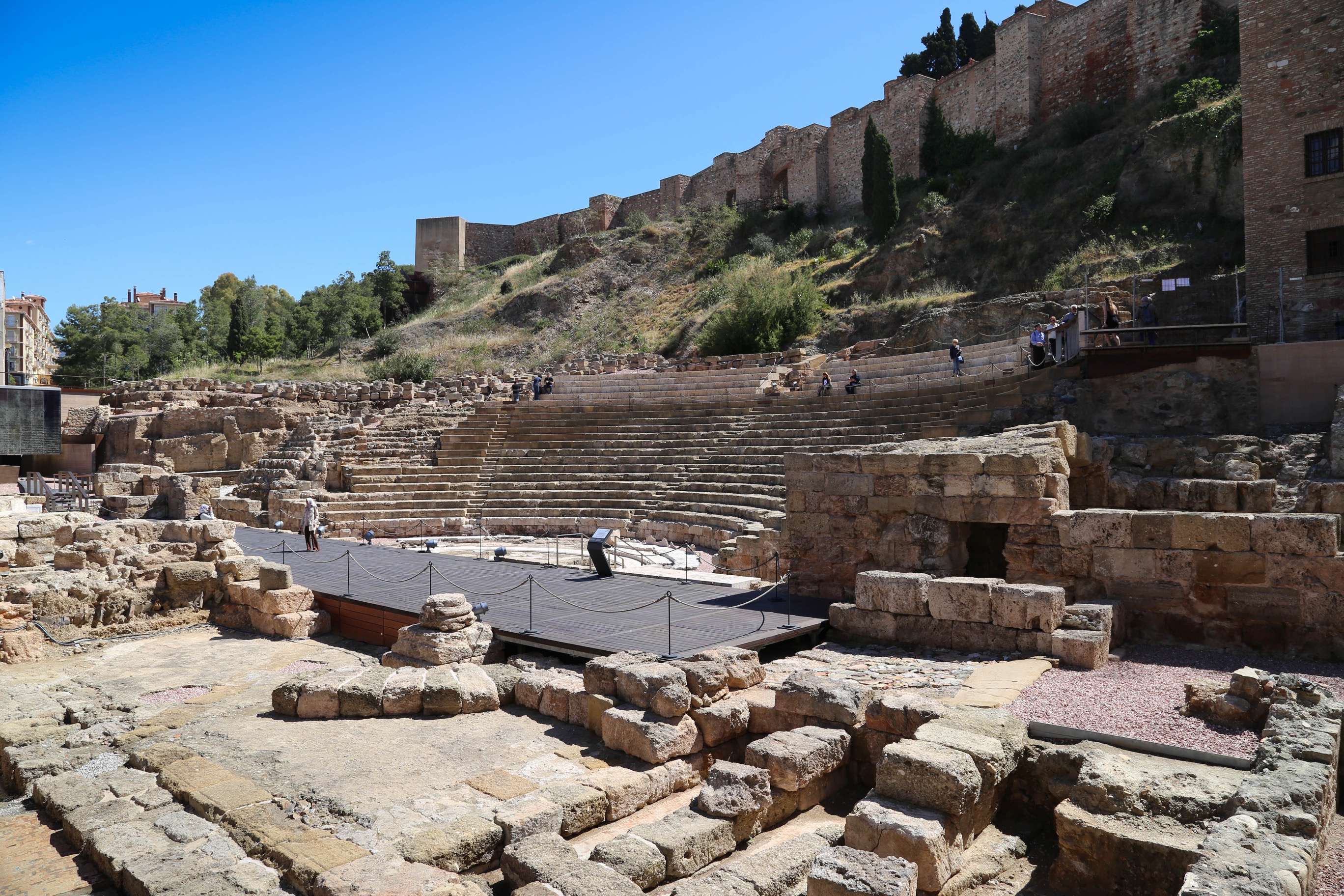 When the Roman Empire occupied a place and considered it important, they nearly always constructed an amphitheater to stage public events. This excavated site in the old city of Málaga indicates the city’s significance to the Romans.

The Phoenicians were the first civilization to call the area home, as far back as 770 BC. They named the settlement Malaka, from the Phoenician word for salt, used to preserve fish. The name was later Latinized to Malaca and eventually morphed into Málaga. With a generous harbor to protect ships and trade, and plentiful seafood to feed people, Málaga was an ideal location. After the Phoenicians, the land was ruled by ancient Carthage, the Roman Republic, later the Roman Empire, then the Visigoths, Byzantines, Moors, and eventually Christians who seized control of the region that is known as Andalucía before Málaga was finally tucked into what is now Spain. 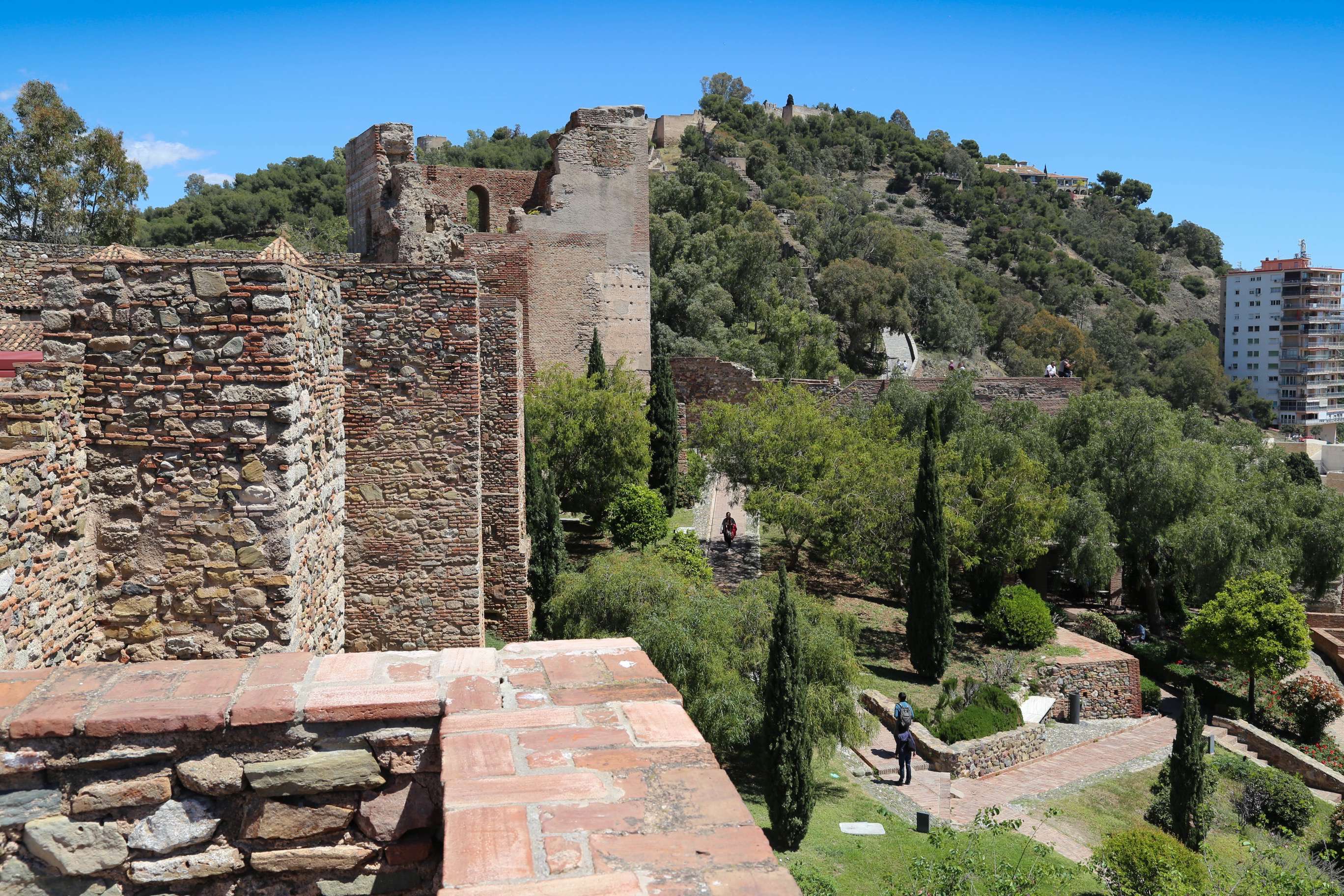 Alcazaba is one of the finest examples of Islamic and Spanish architecture in all of Europe, and it guarded the harbor and city of Málaga. 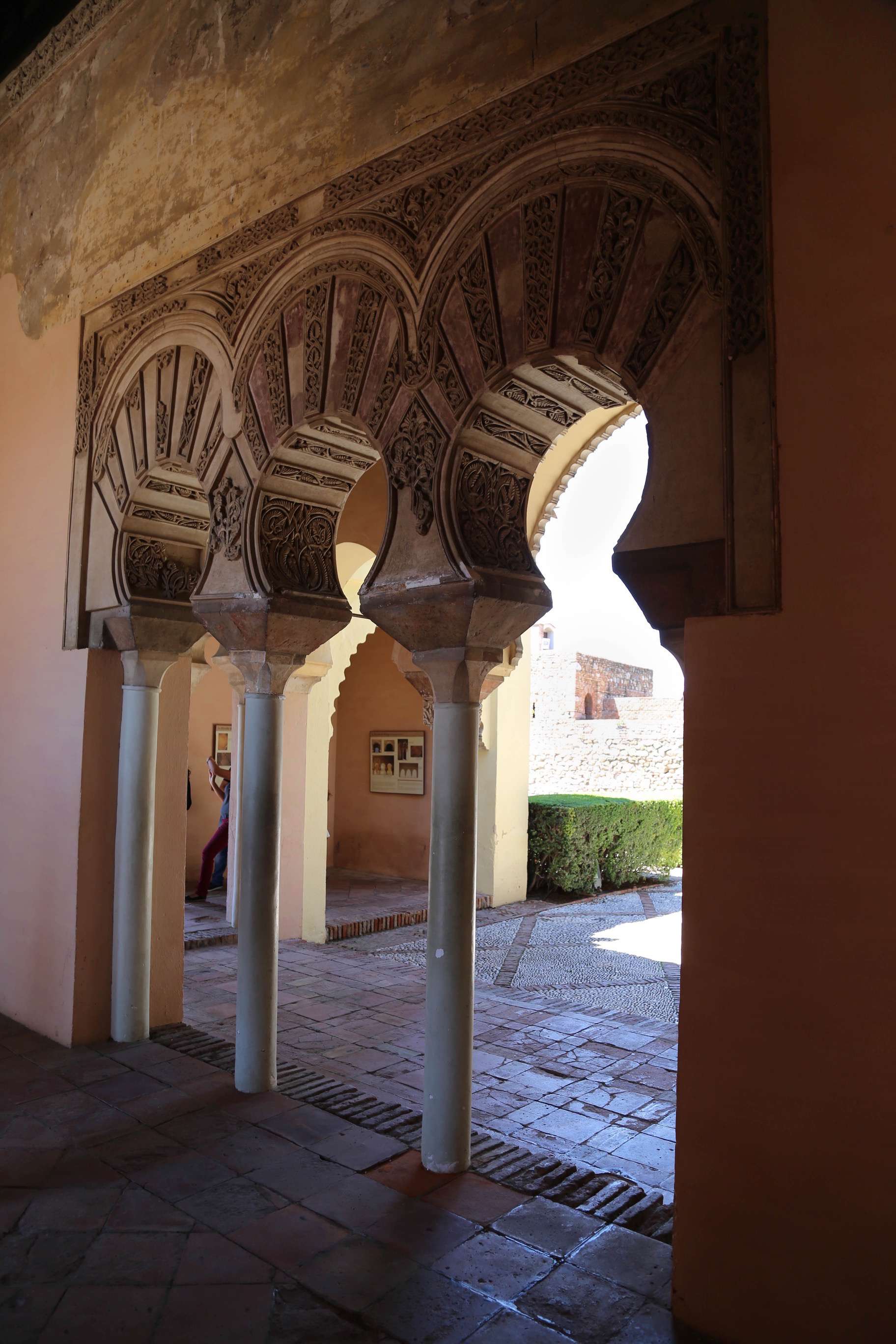 A beautifully restored set of arches shows the finery of Moorish architecture at Alcazaba. 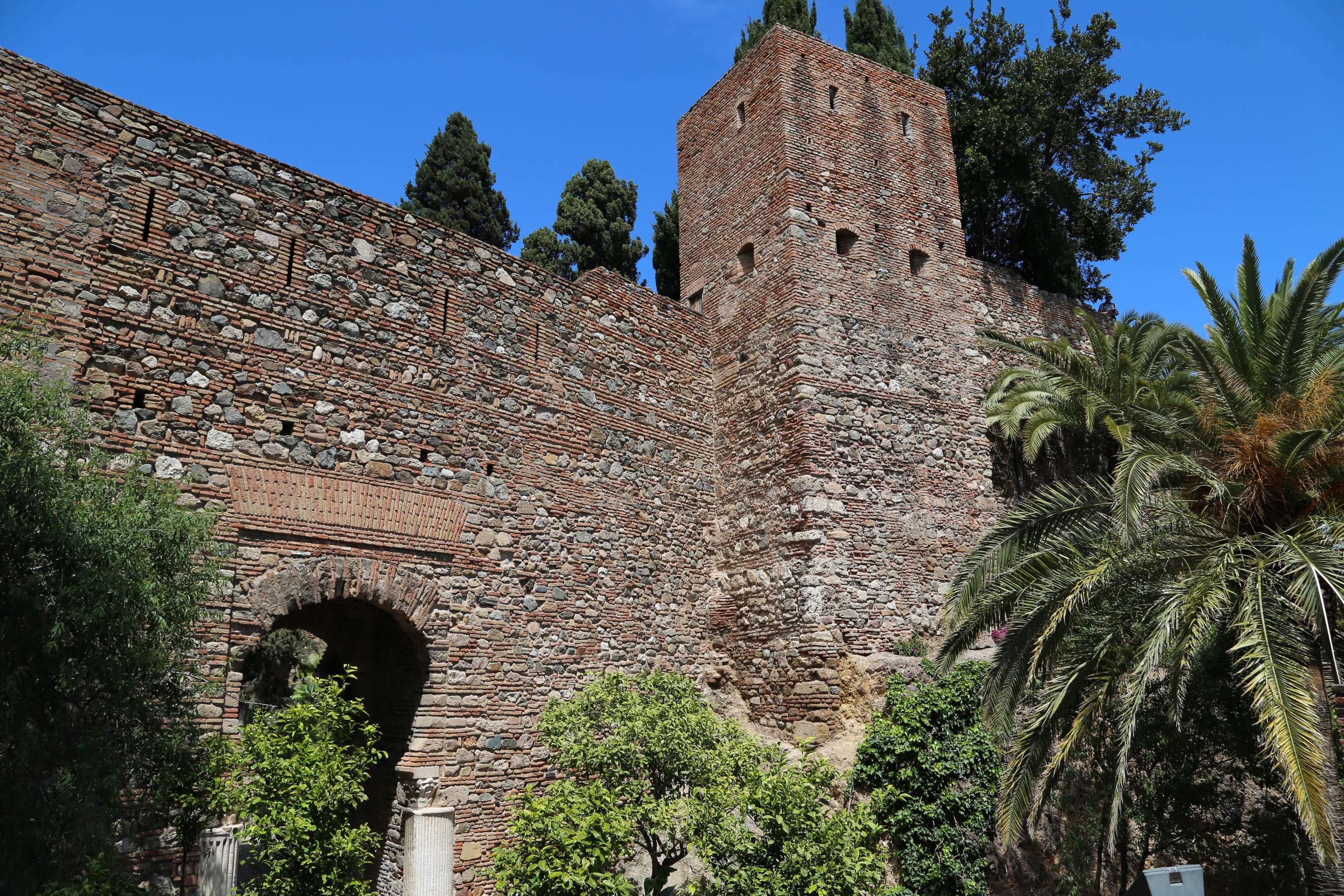 From nearly any vantage point, it’s easy to see why Alcazaba was a powerful symbol of protection for so many years. 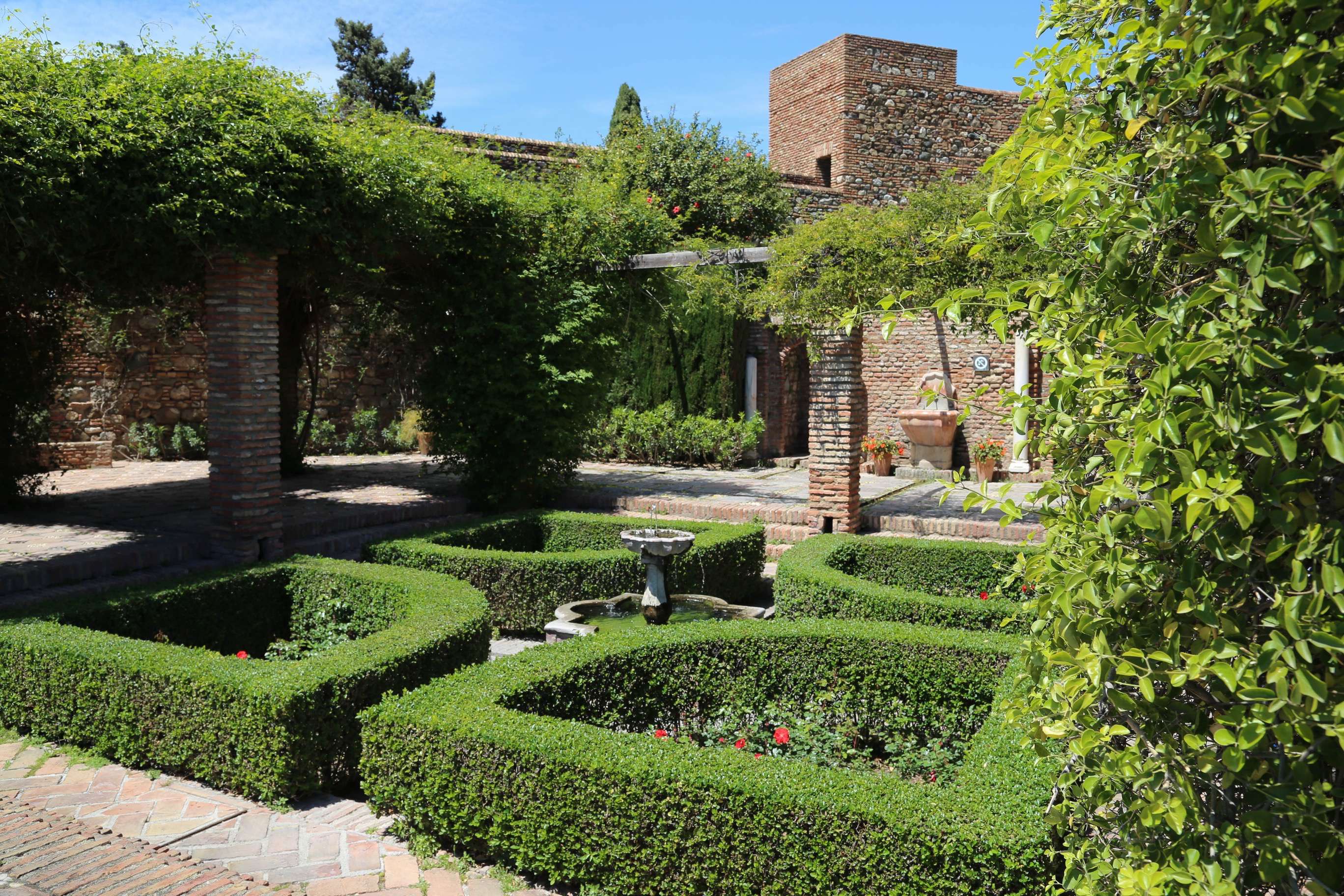 From the outside, Alcazaba bristled with power, strength and as a source of protection for the harbor and city of Málaga. From the inside, beautiful gardens and fountains provided a calm and relaxing space. 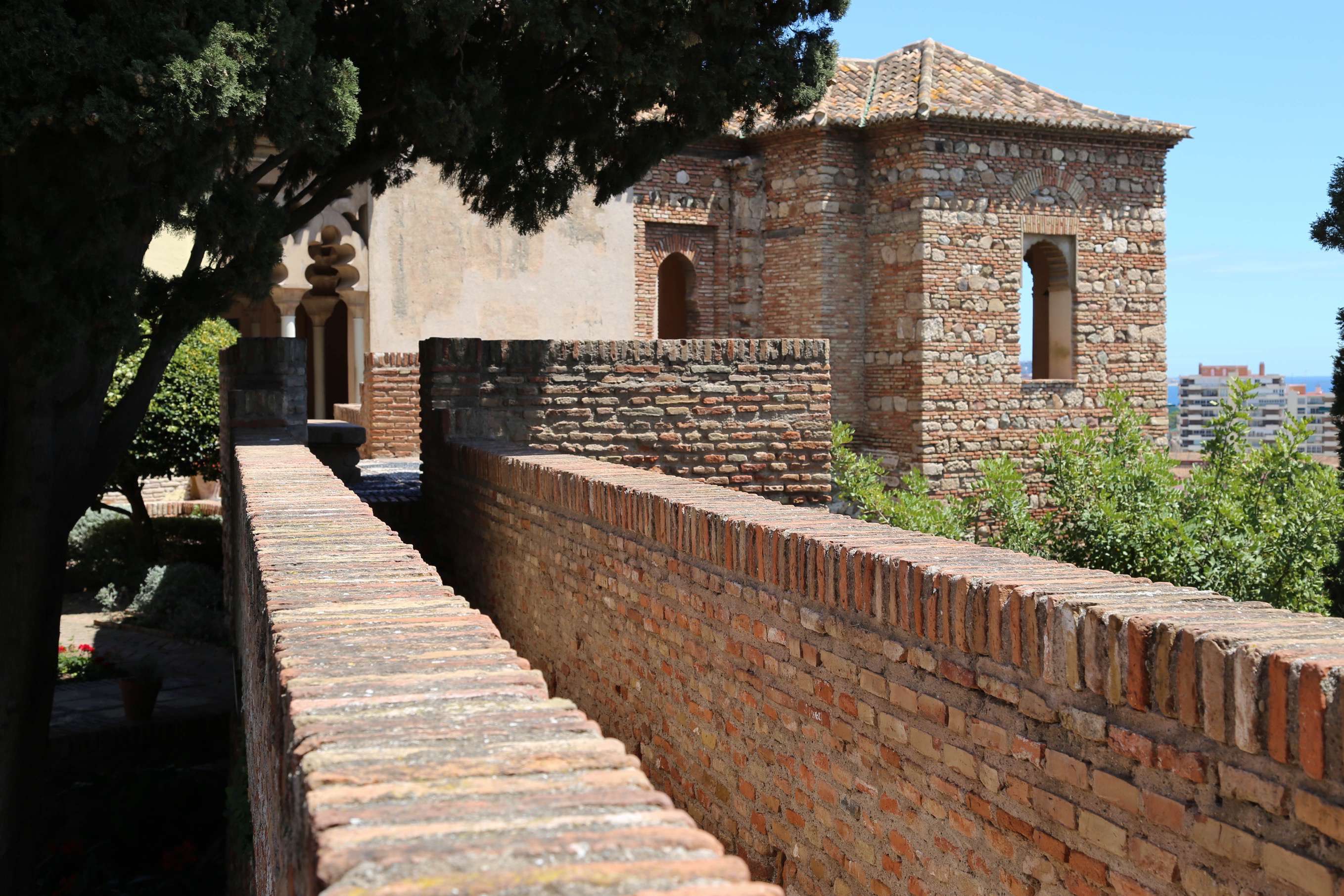 A parapet along a top wall at Alcazaba leads to a watchtower where centuries ago soldiers stood, guarding the city and harbor. 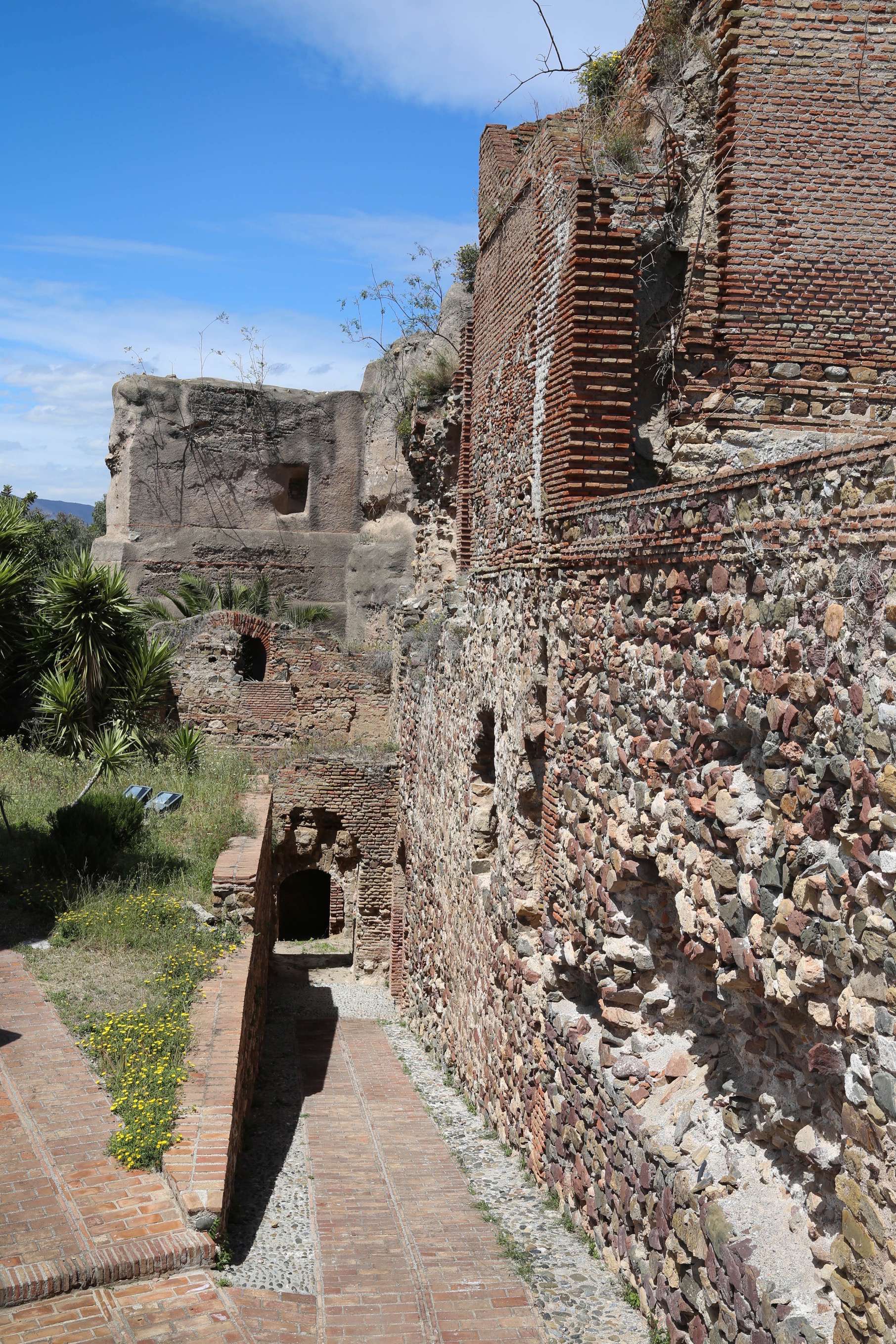 Alcazaba is derived from the Arabic word for “citadel” and restoration work continues. 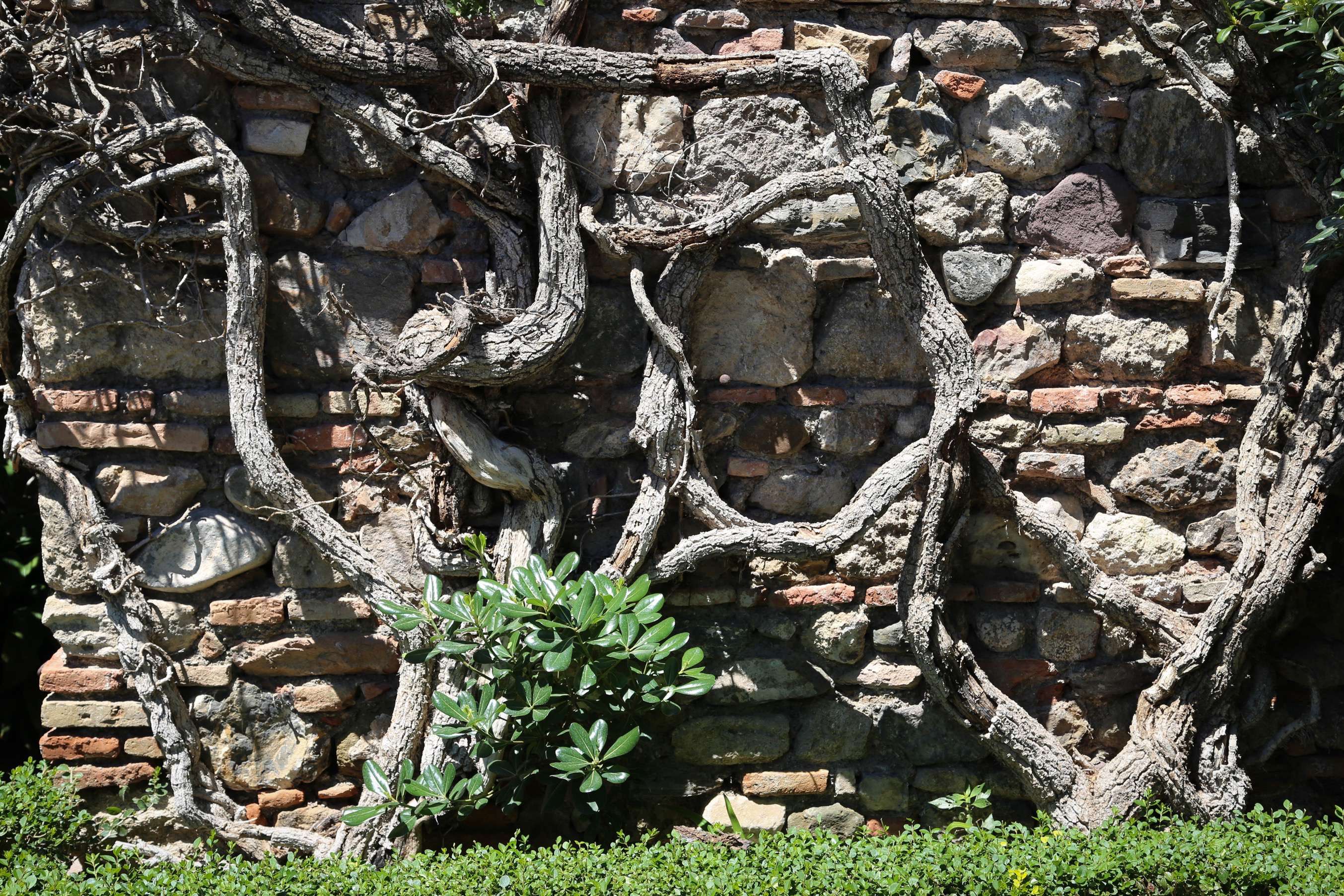 The gnarled and twisted limbs of the plants along this wall in the interior of Alcazaba shows the age, as well as loving care given to the fortress. 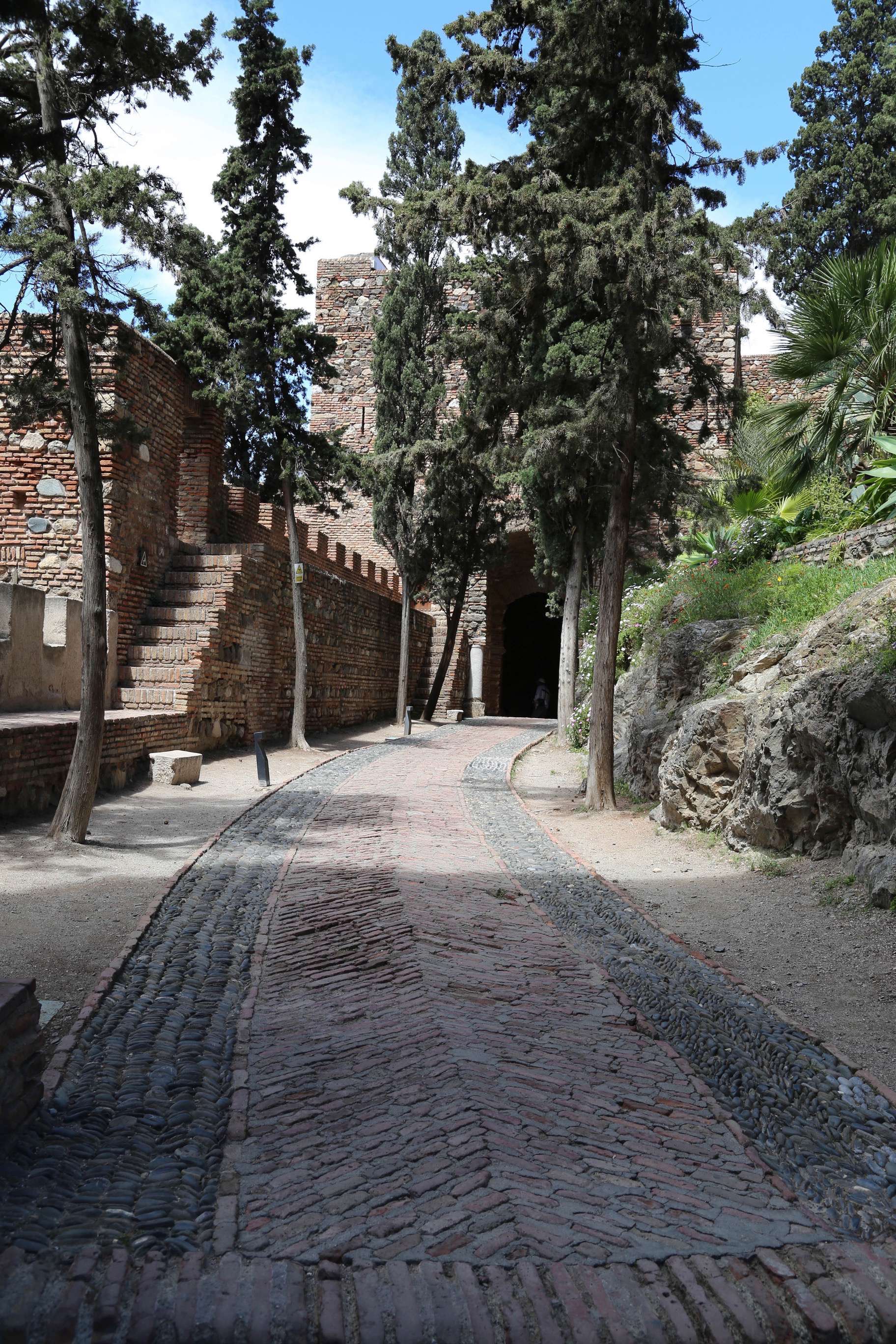 As Málaga bustles below, wagons with supplies to feed and sustain the troops and occupants of Alcazaba would have traversed this centuries-old street. 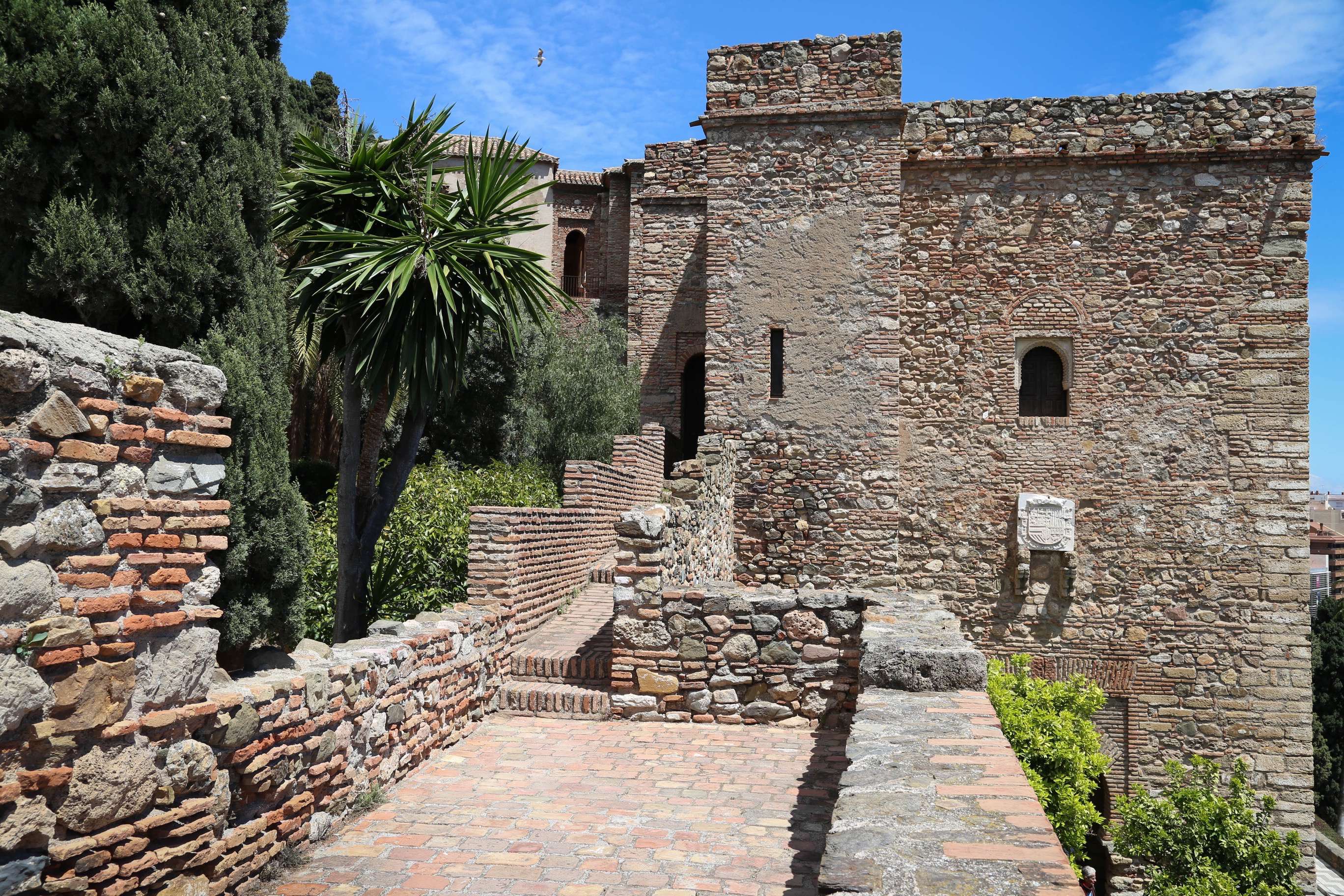 Finding just the right site to protect the city, carefully designing the fortress, and employing top quality construction techniques resulted in a complex that has stood for more than 900 years and is one of Málaga’s premier tourist attractions.

In addition to the area’s history, Málaga is the birthplace of artistic genius Pablo Picasso, Jewish philosopher Solomon Ibn Gabirol, and actor Antonio Banderas. The honorific Málagueña is the name Cuban composer Ernesto Lecuona gave his famous guitar composition. Nicaraguan poet Ruben Dario would later make Málaga his home and produce some of his best writing there. 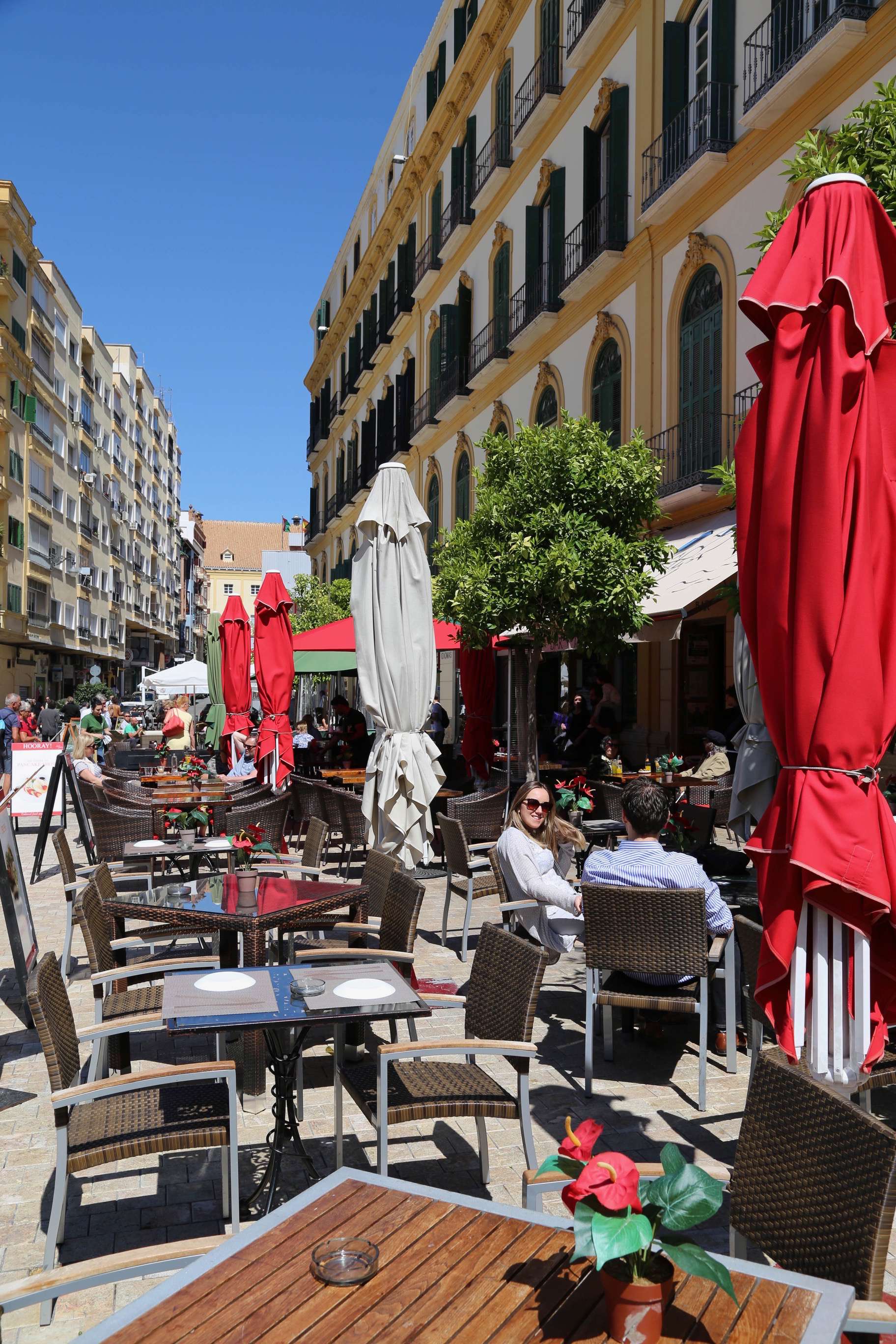 It’s still early in the day, but the cafes and restaurants are a popular place for locals and tourists to gather. 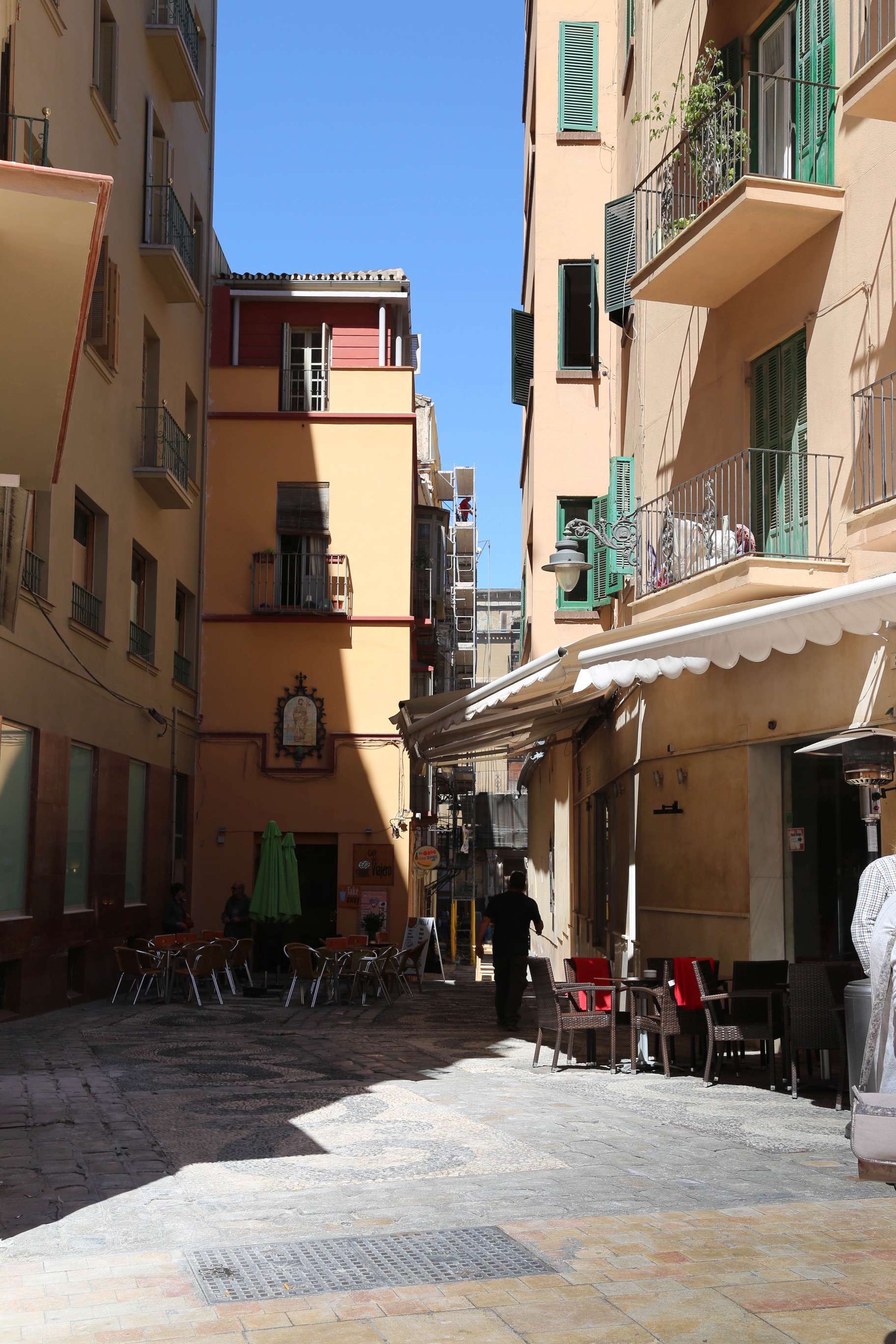 The old city of Málaga is a twist of narrow streets and beautifully preserved buildings that later in the day will be crowded and noisy with people.

Tourism is currently one of Málaga’s main sources of income and the center of the city offers many choices for short or longer stays. Alcazaba is considered one of the finest preserved military fortresses from the Spanish – Islamic era. Constructed between 1057 and 1063 AD, the beautifully preserved and restored fortification sits on high ground above the harbor. Down along the seawall, Parque de Málaga is a wide promenade and relaxing place for visitors and locals alike to stroll and find shady spots to soak in the beauty and ambiance of Málaga. There are a number of museums that showcase the history and culture of the city. Cafes, bars, and restaurants offer excellent dining and people watching. Andalucía is the largest olive growing region in Spain, the world’s largest producer. And the region boasts excellent sherry and wines, with nearly 100,000 acres under cultivation. Málaga offers a number of attractive beaches, some that are just a few minutes’ walk from the city center. 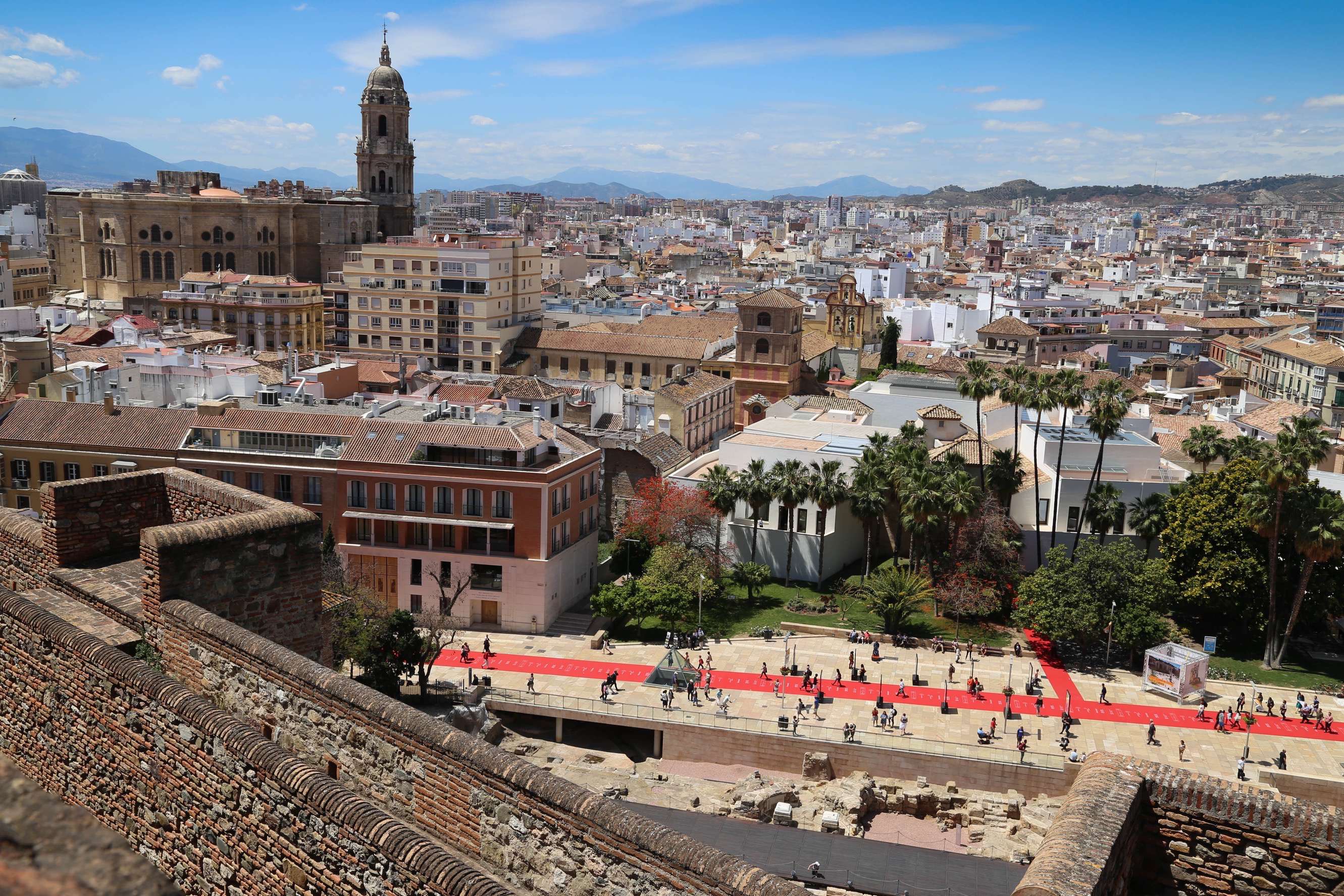 Málaga’s beauty, location and ideal climate result in a city where visitors can get a sense of the culture of Andalusia. The red carpets below are in preparation for the annual film festival.

And while Málaga is not as popular as other large Spanish cities, it is growing in popularity as a tourist destination. Summer draws the largest crowds, but festivals and events throughout the year make Málaga a fun place. 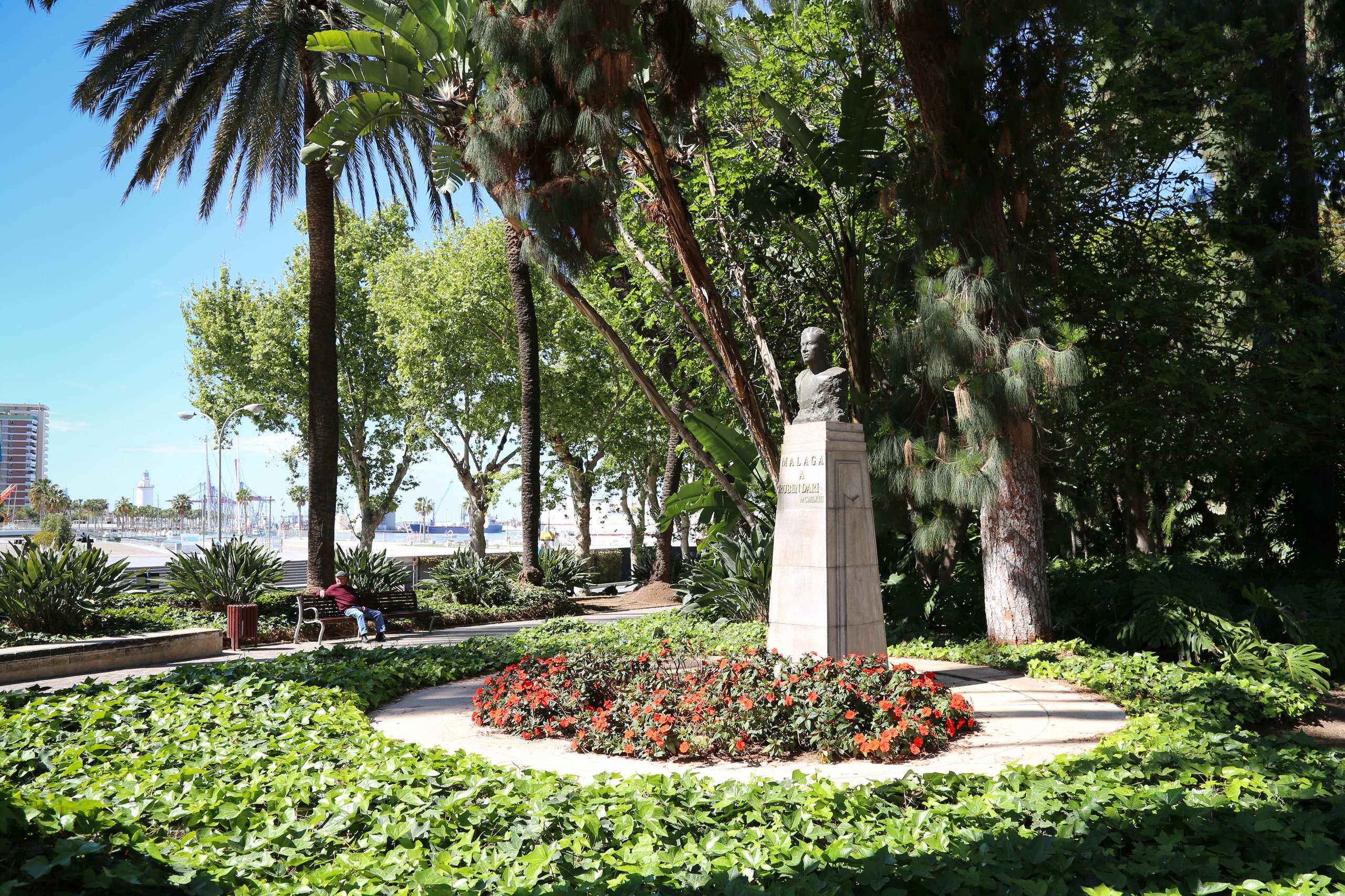 Parque de Málaga is near the seawall along the harbor. Ruben Dario was a Nicaraguan poet who settled in Málaga and is memorialized with this statue.

Visit Málaga and enjoy its beauty. Once you get there, you’ll understand why it’s been attracting people for more than 2,800 years. 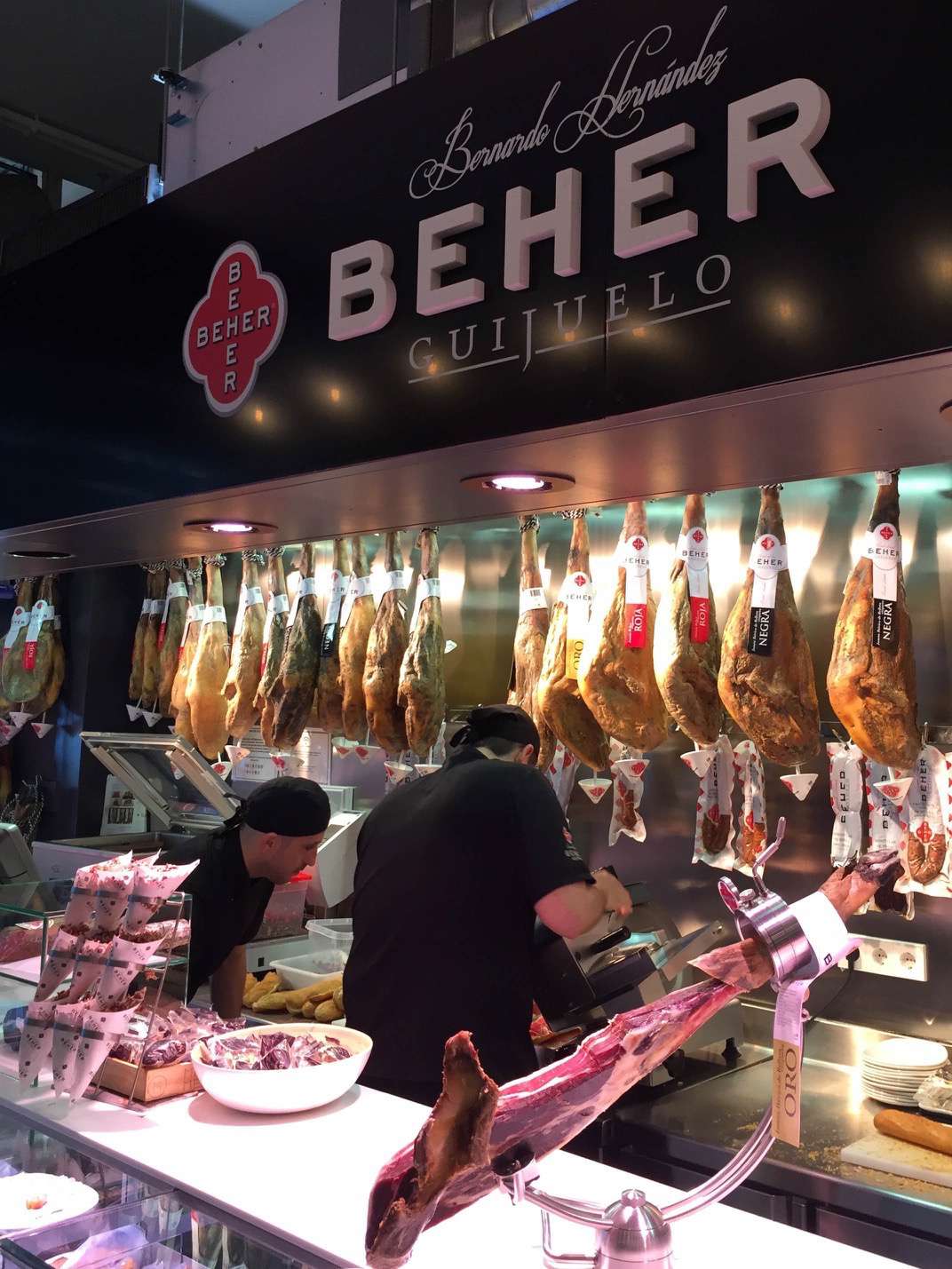 Spanish ham is famous for its flavor and texture and a treat not to be missed. Servers slice paper thin portions from the shank in the foreground.

For more information about Málaga and things to enjoy there, click on these websites: