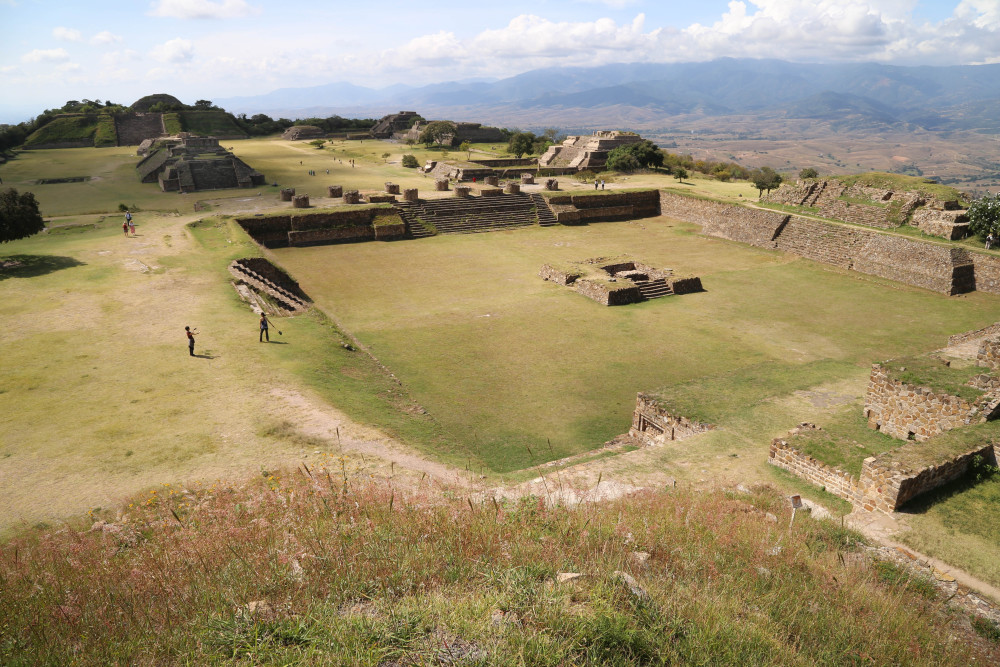 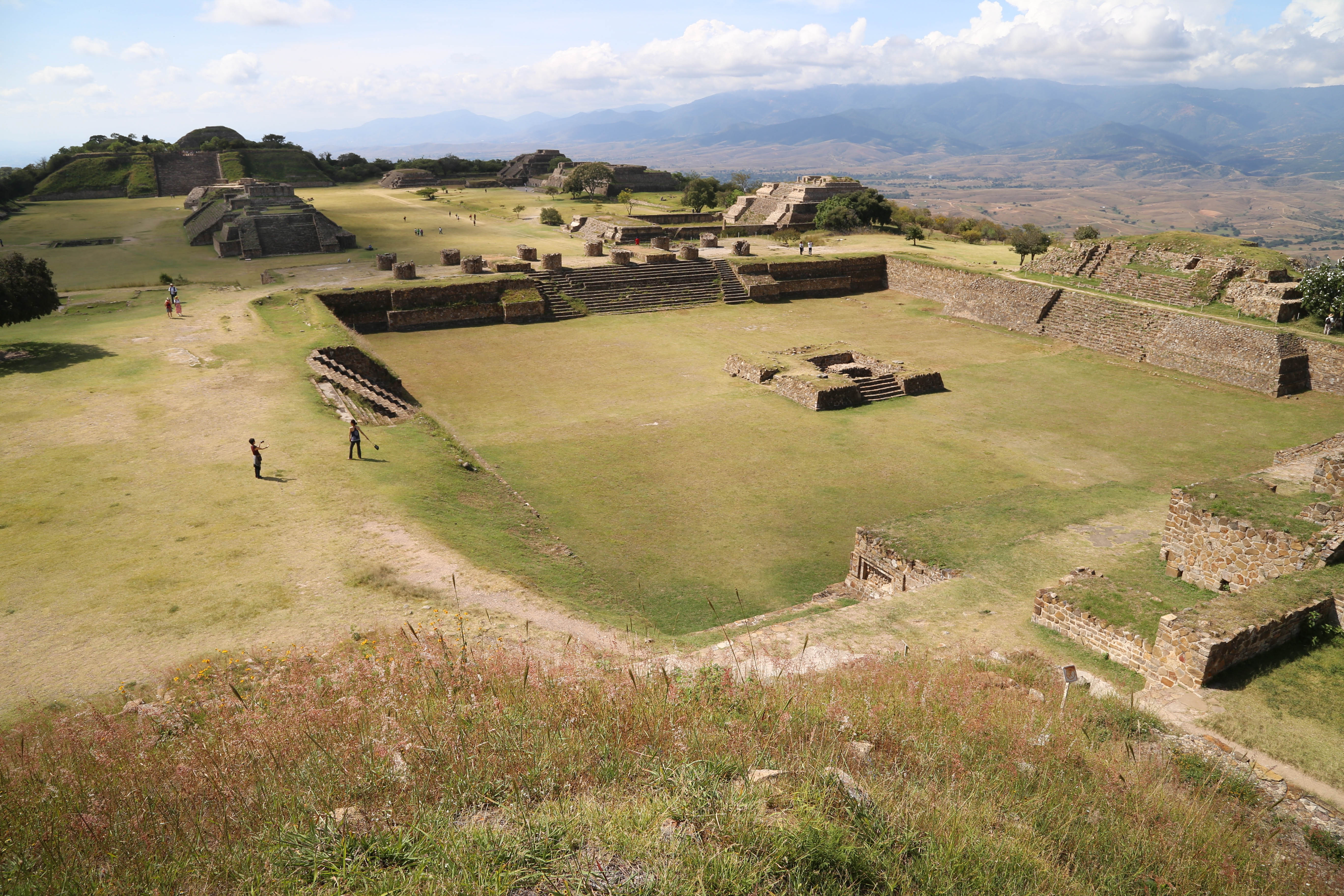 Standing atop the South Pyramid, Monte Albán easily transports you back in time to when the Zapotecs called this grand place home.

Mexico has a long history and diverse population, stretching back thousands of years that include more than 60 indigenous cultures. One of the largest of those groups, Zapotecs, concentrated in the southern state of Oaxaca. The most famous remnant of their glory days – and surely the most breathtaking – is Monte Albán, a sprawling complex just a few miles outside the city of Oaxaca. 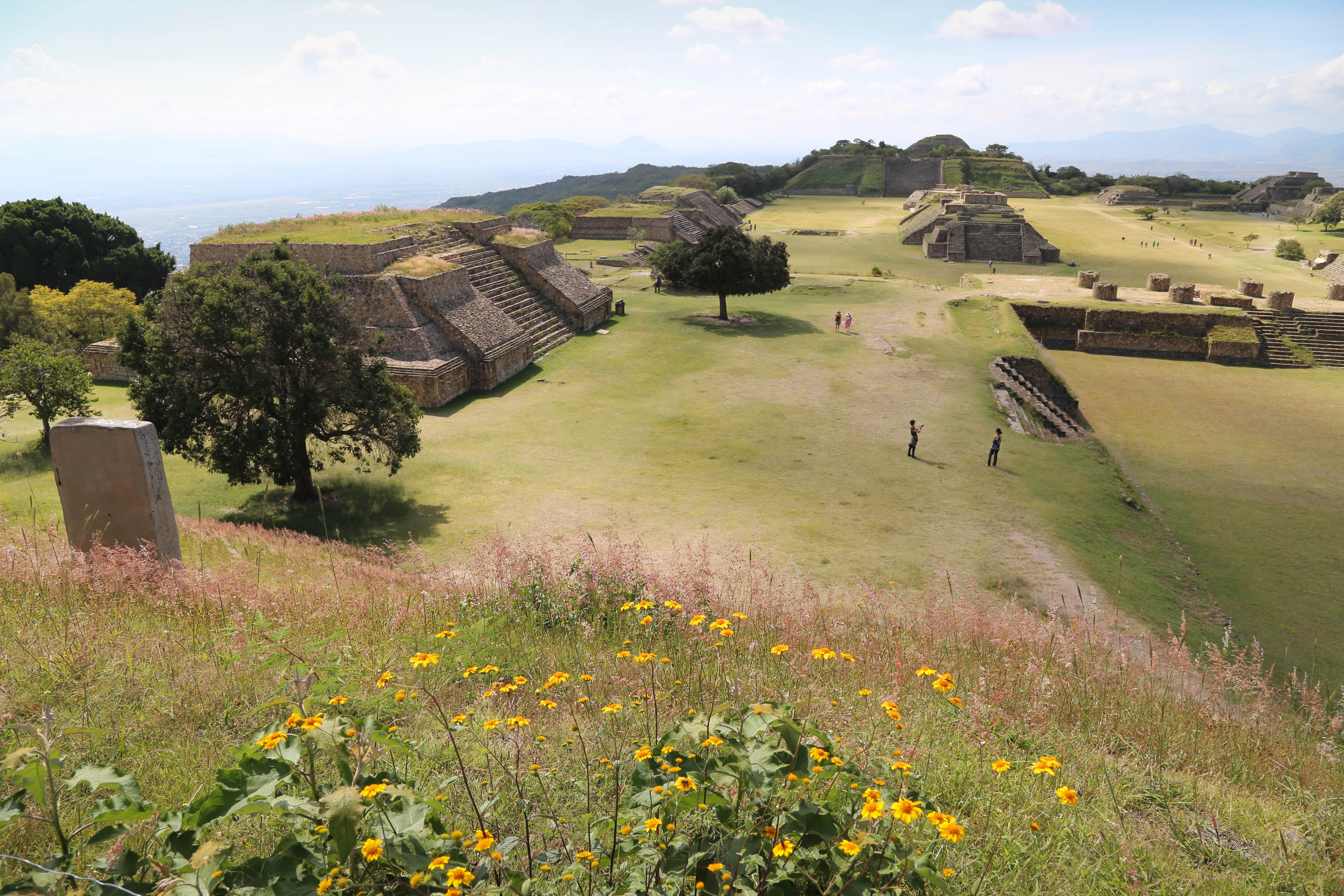 This crown jewel of the Zapotecs is one of the most-researched archaeological sites in Mexico. Looking north from the South Pyramid.

But Monte Albán is a mystery in a number of respects. Located 1,200 feet above the valley floor, it is a huge place, encompassing approximately 45 acres. At its height scientists estimate as many as 17,000 to 25,000 people inhabited the area. But the site has no rivers or discernable supplies of fresh water where the structures were built. In fact, some of the stones used to construct the buildings had to be hauled up from the valley by humans, since neither the wheel nor draft animals were available to the Zapotecs. It is surmised the site was chosen for defensive attributes (walls built for defense are along the north and west sides of Monte Albán). 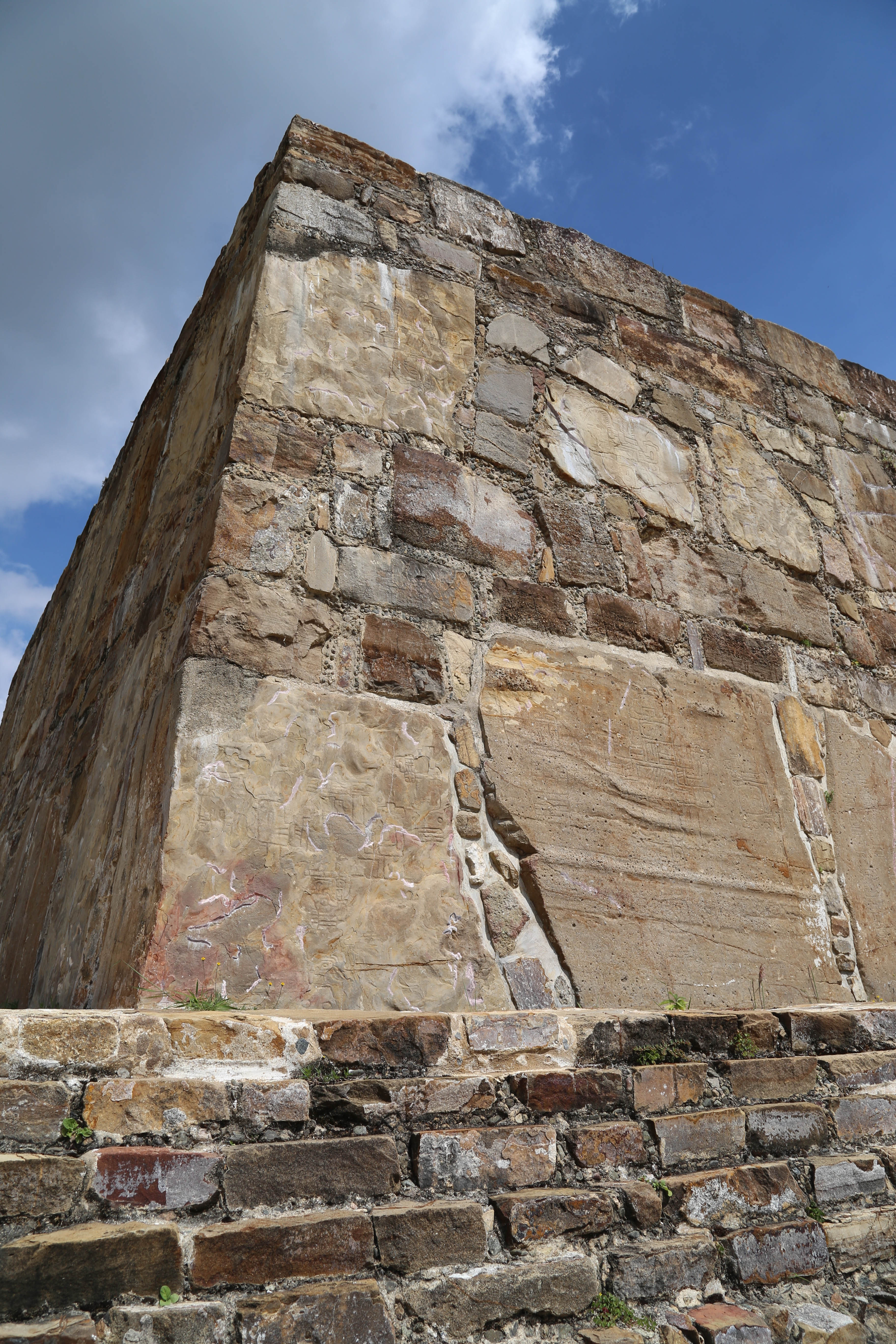 Massive stones, like some of these at the observatory, were carried up from the valley below, are part of the many buildings at the site.

Scientists know other indigenous people, Olmecs and Mixtecs, also lived at and used Monte Albán, but Zapotecs are most closely associated with the site. 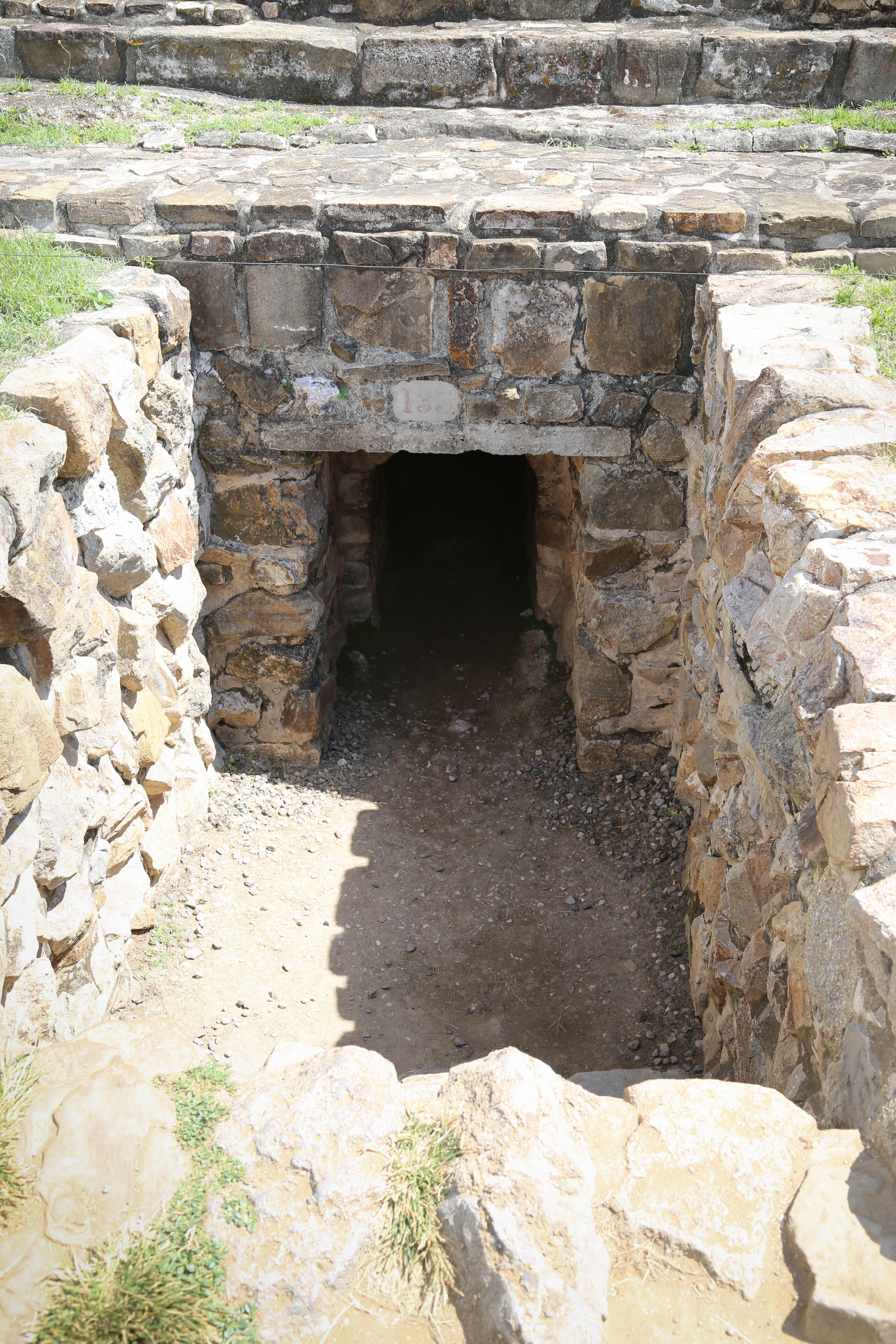 This leads to a burial chamber, an important place for those who lived — and died — there, and also for modern-day researchers.

The Zapotecs were most associated the ancient site, but Mixtecs liked to use the site as a place to bury their dead.

In 1987 the World Heritage Convention of the United Nations declared Monte Albán and the city center of Oaxaca City as World Heritage sites. Among the reasons Monte Albán was deemed a World Heritage site was the, “unique dimensions, which exhibit the basic chronology and artistic style of the region and for the remains of magnificent temples, ball court, tombs and bas-reliefs with hieroglyphic inscriptions… Monte Albán represents a civilization of knowledge, traditions and artistic expressions. Excellent planning is evidenced in the position of the line buildings erected north to south, harmonized with both empty spaces and volumes. It showcases the remarkable architectural design of the site in both Mesoamerica and worldwide urbanism.” according the World Heritage’s website. 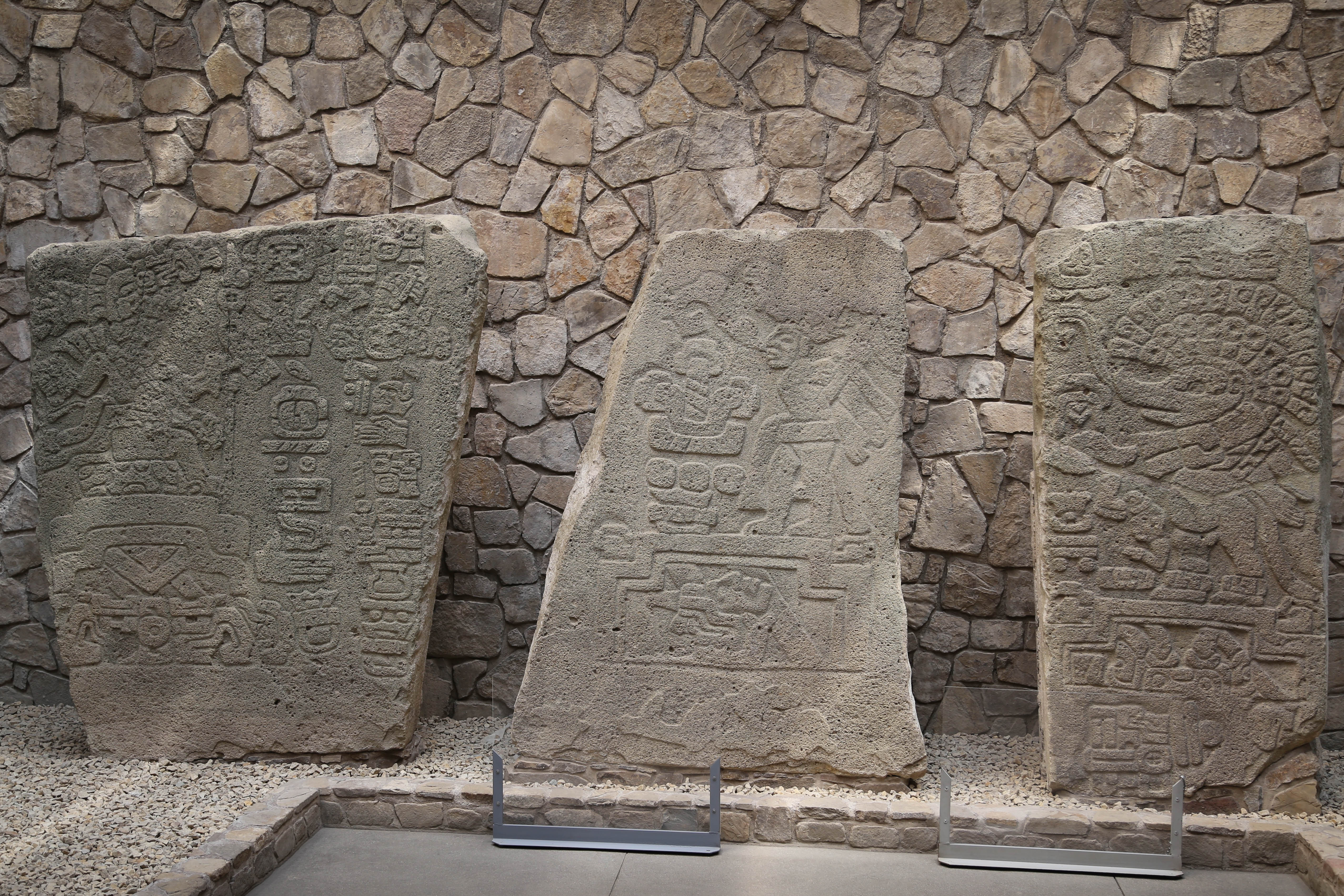 Archaeologists unearthed a large number of carved stones, like these at the visitor center, each one of which tells a story. 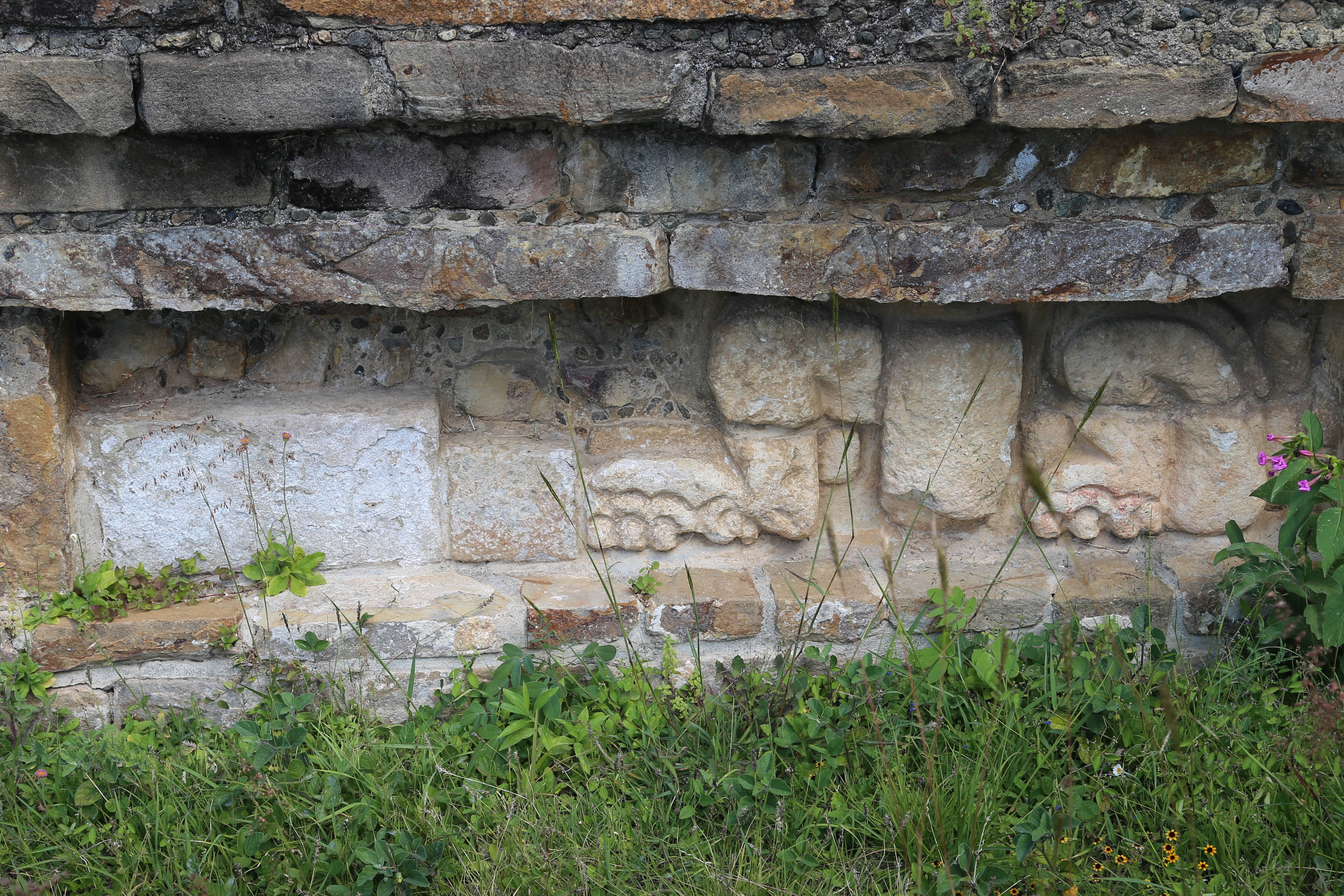 Time has eroded the carving of this stone, like many throughout the complex. 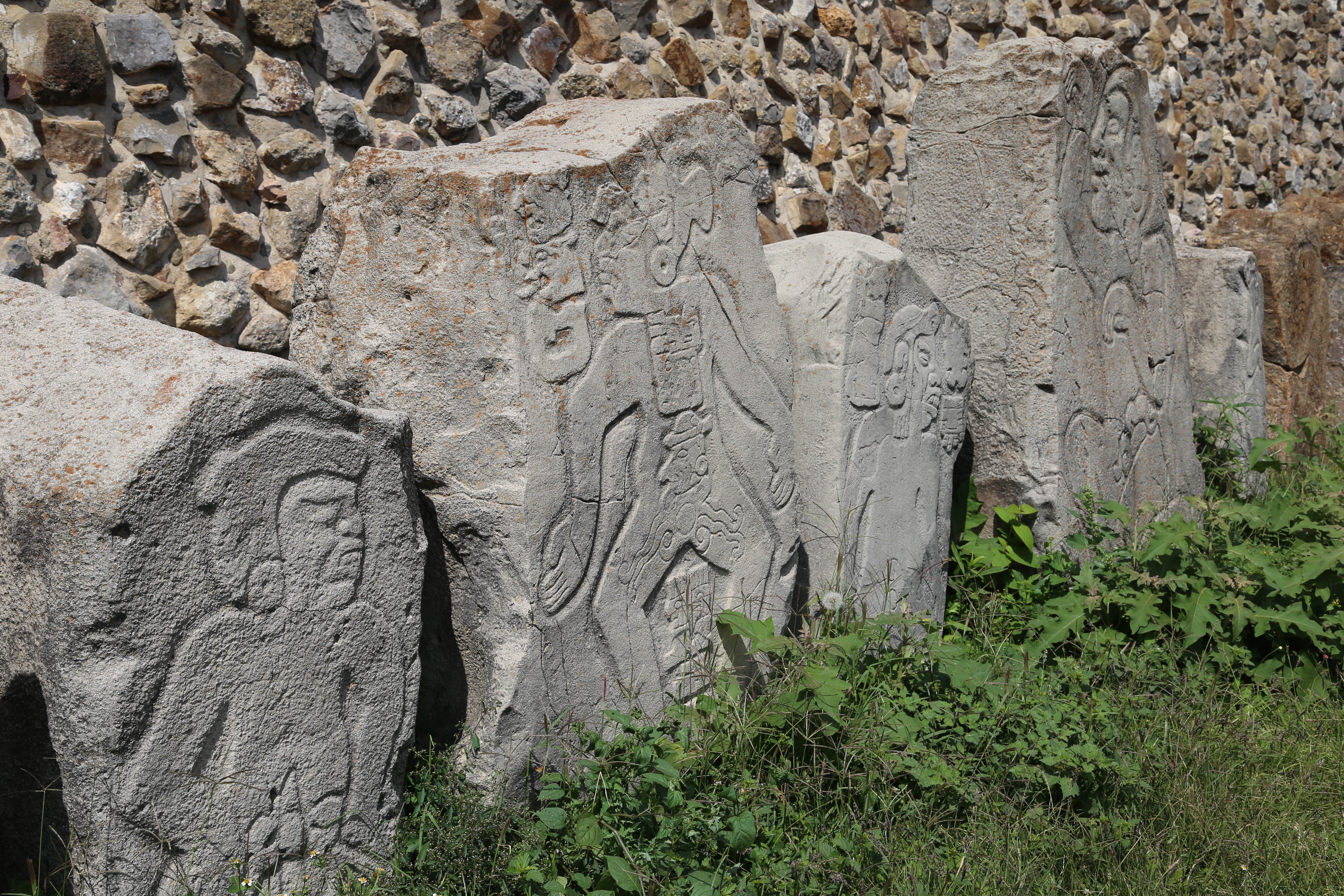 These replica carvings are left in the area where the originals were discovered by researchers. The second from the left may have had stomach trouble. 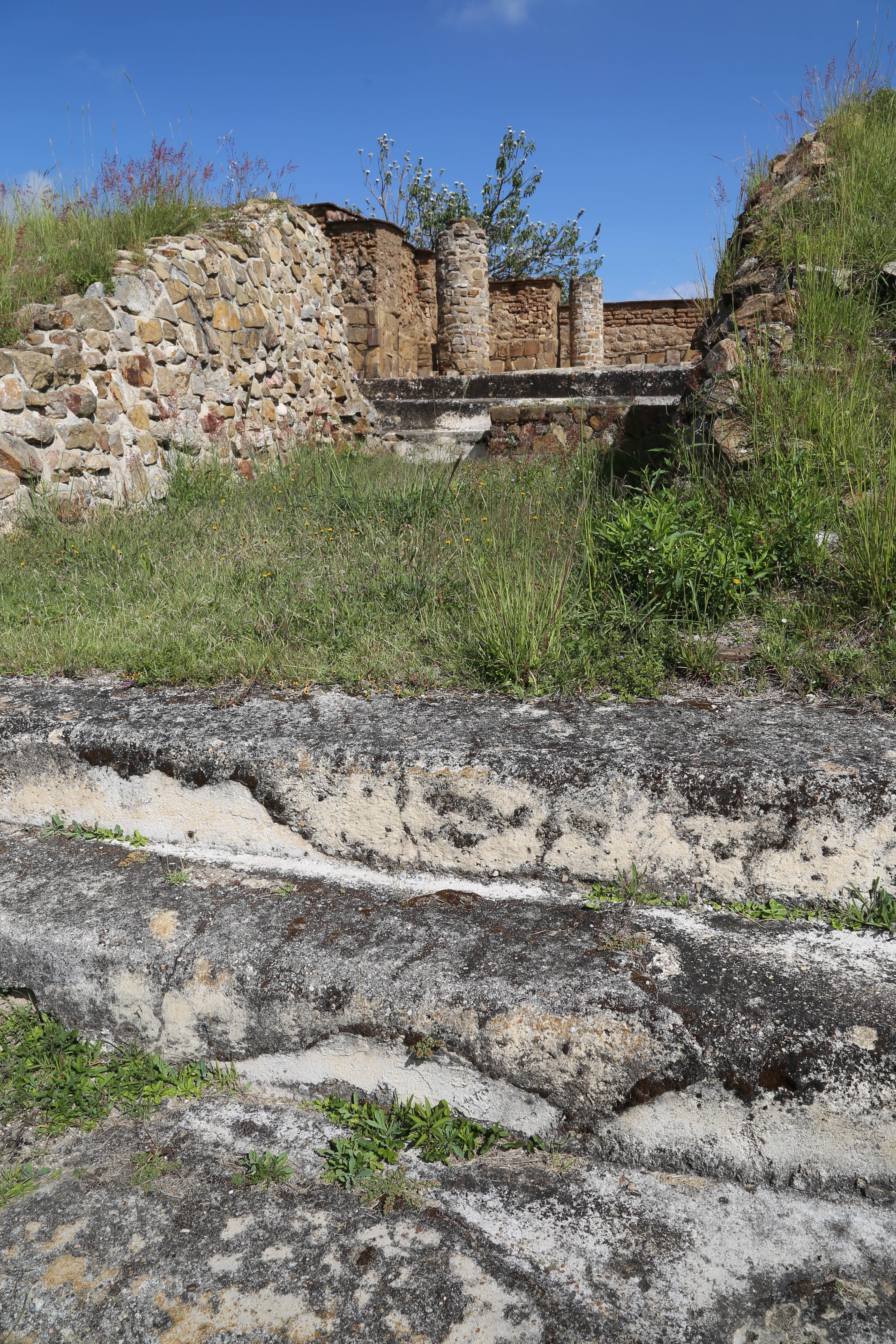 The restored stone columns, center, were important but not nearly as refined as the ones at Mitla, also in Oaxaca.

There are dozens of buildings at Monte Albán, including pyramids, terraces, burial chambers, an observatory (thought to be the first in Mesoamerica), patios, areas for markets and commerce, housing, and numerous other venues that have yet to be excavated. There are 170 known burial tombs at Monte Albán (the most in Mesoamerica), some, like much of the total area, have yet to be excavated. 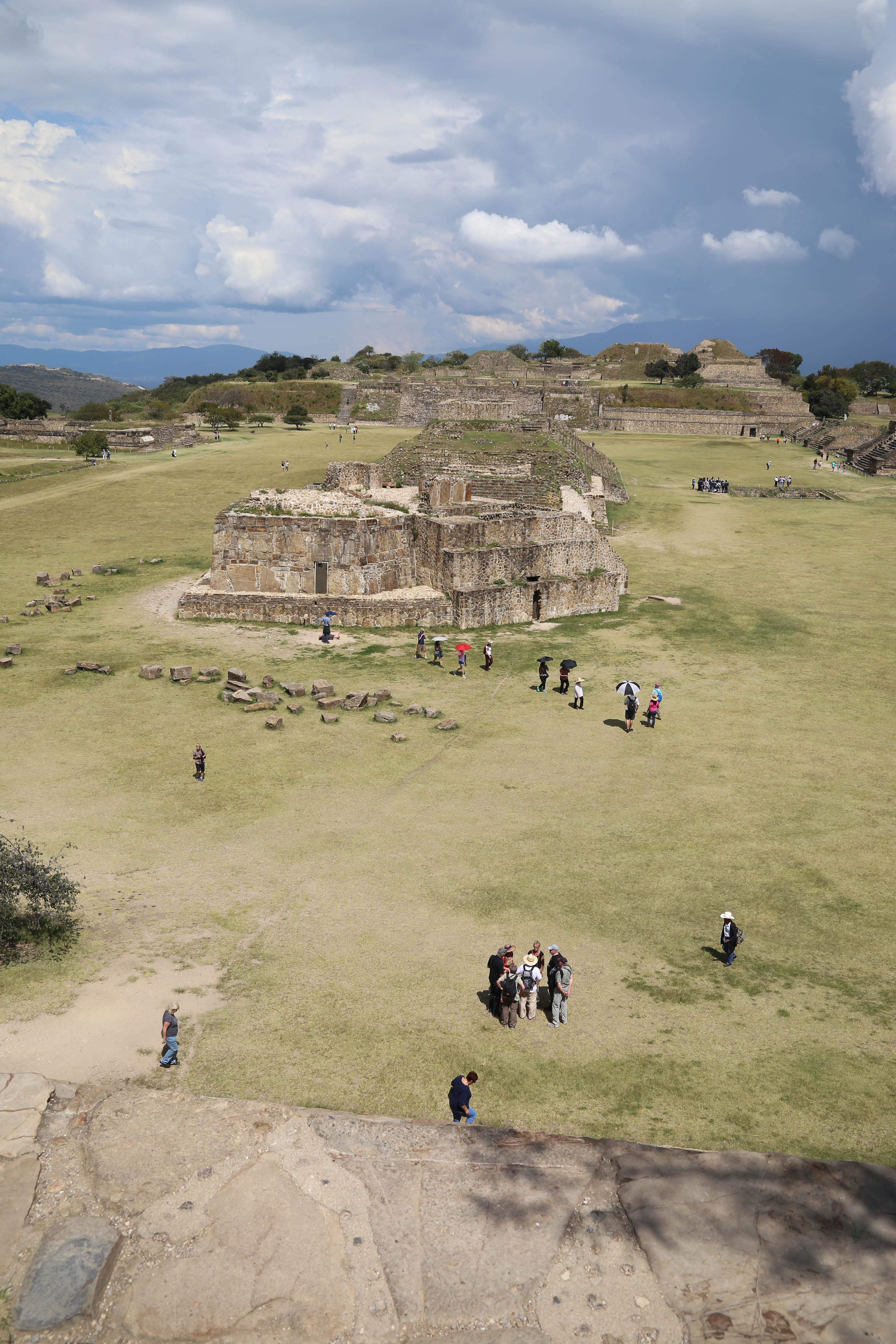 The Great Plaza, with the observatory in the foreground, is thought to have been where markets and commerce took place. 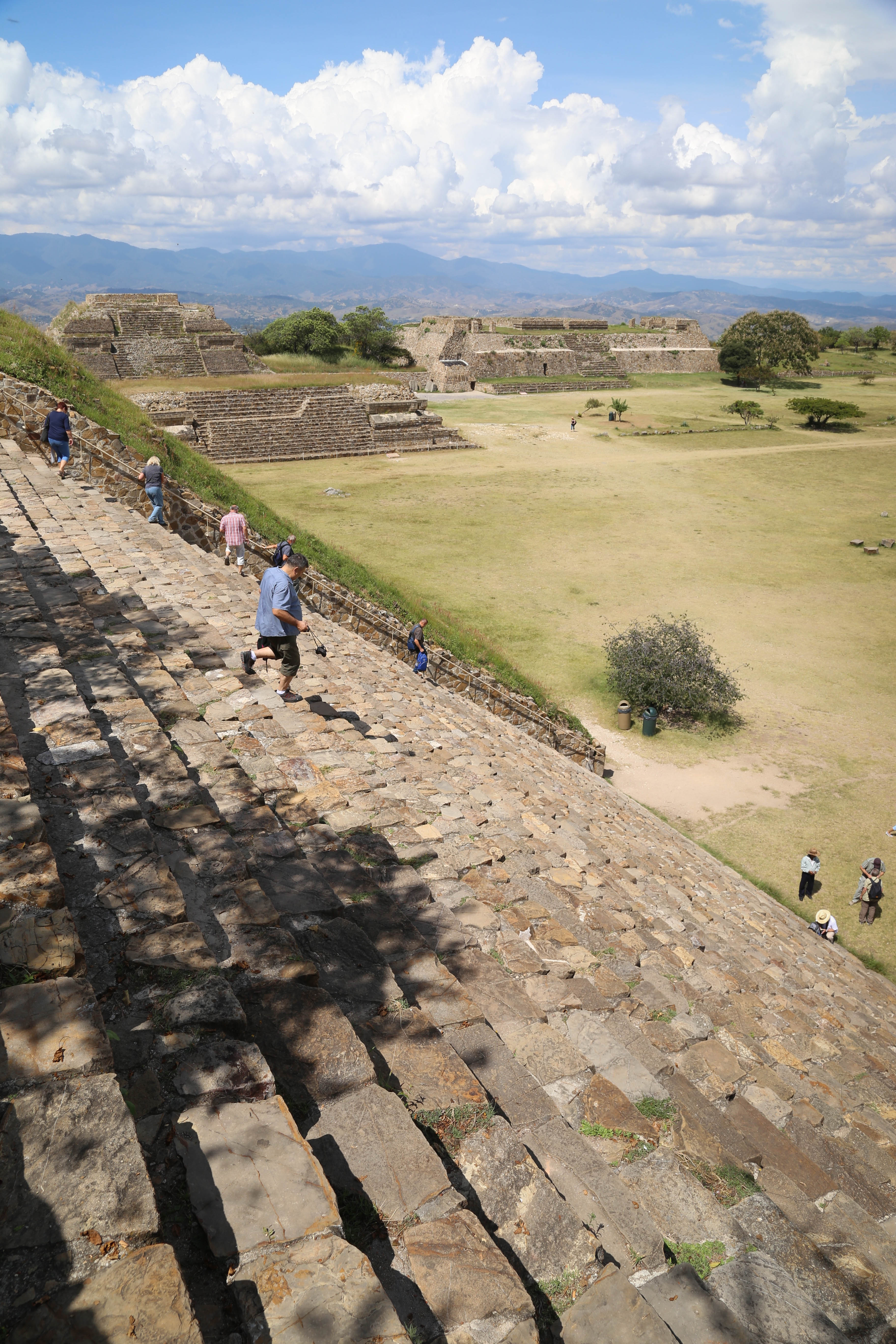 The steps are steep and big. Great care must be taken going up and down. 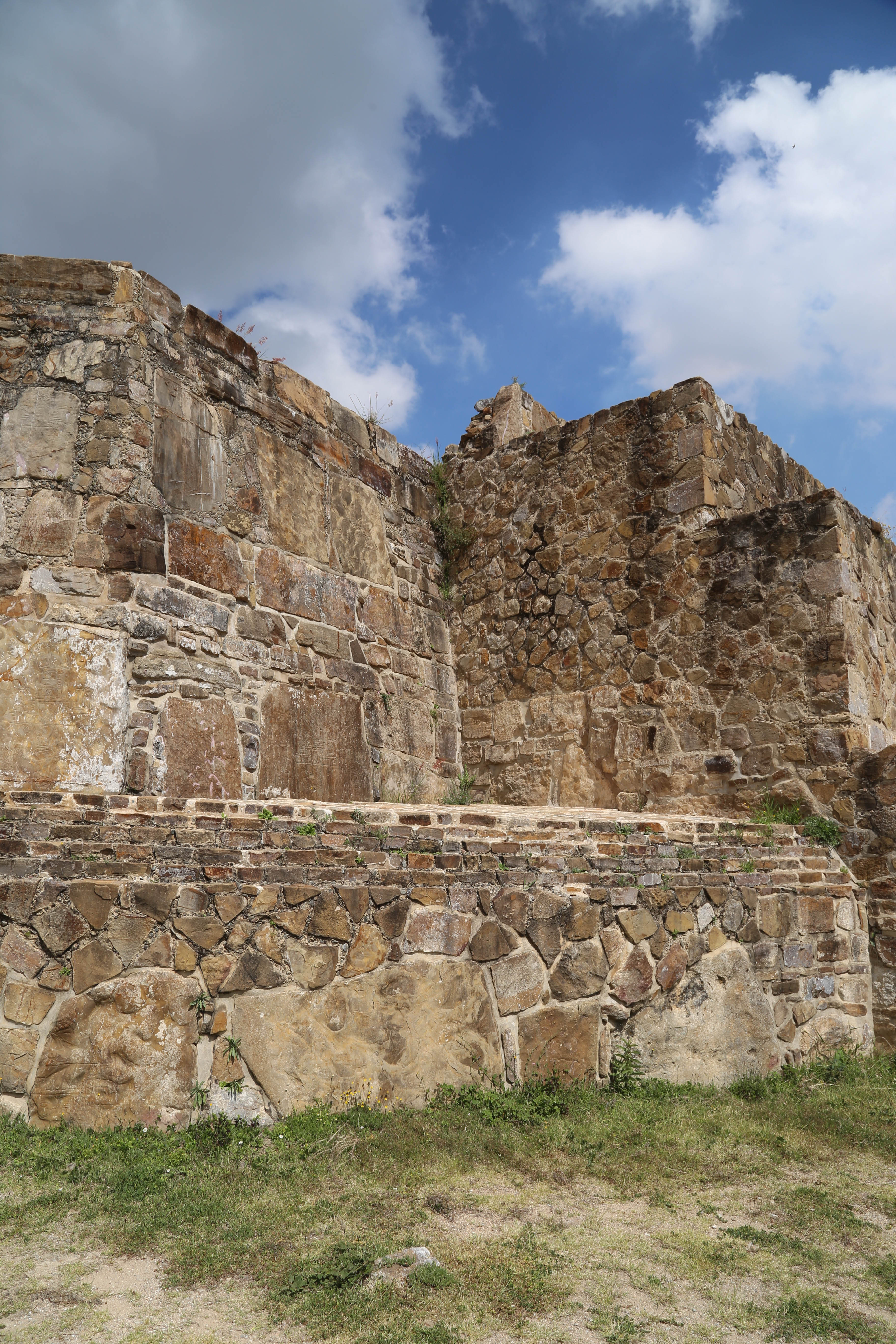 The observatory is believed to be the first of its kind in Mesoamerica and was constructed to track the stars; an ancient computer. 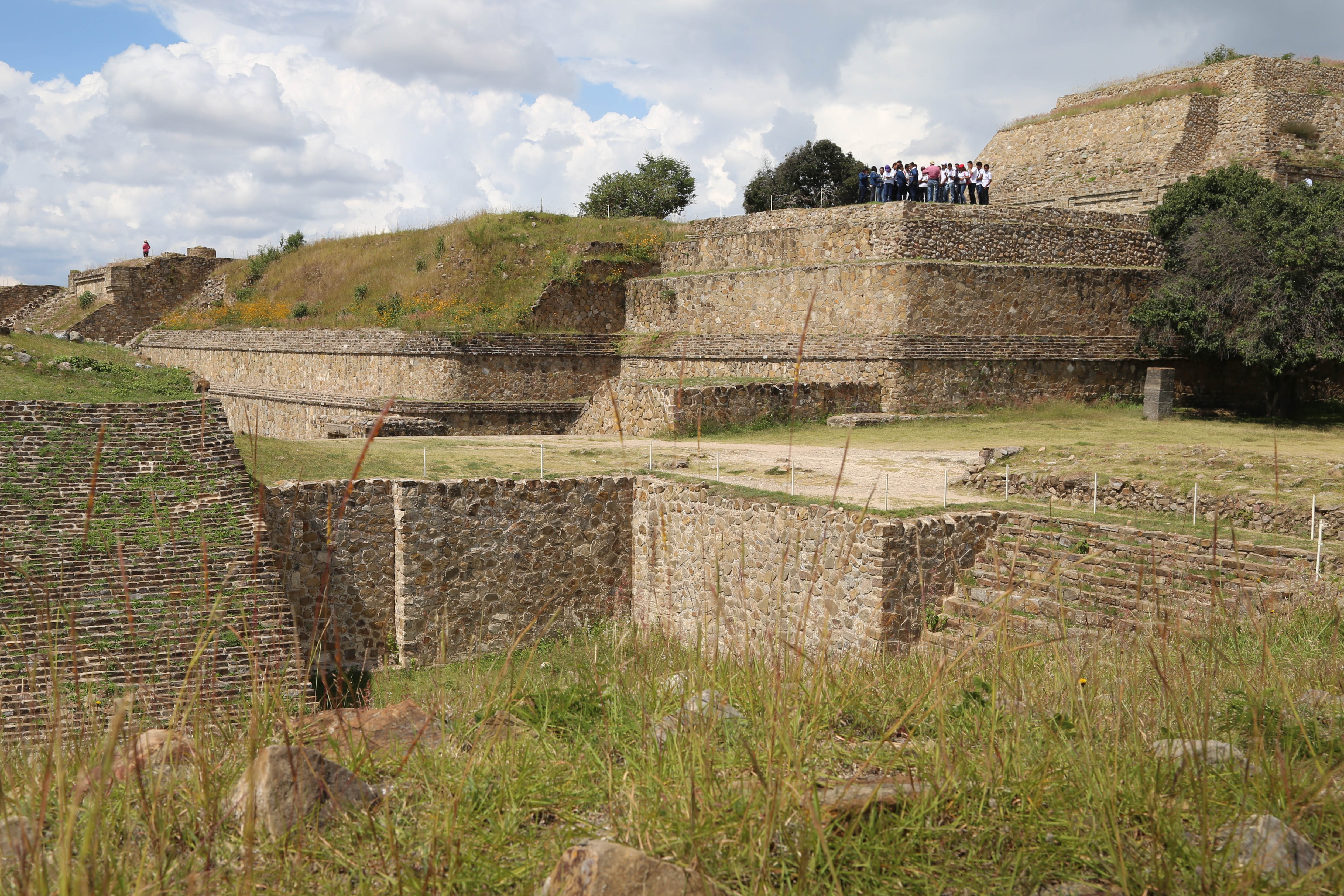 A group of visitors in the distance survey the scene with the Ball Court to their left, foreground.

As just one example, the Great Plaza stretches out more than 300 yards in length (and is more than 200 yards wide), and is laid out in a precise north to south axis. The North Platform is one of the largest stone-built structures at Monte Albán and offers clear 360-degree views of the valley and countryside. It is clear from Monte Albán’s span of time as well as the seismic activity in the area that it was built to withstand the rigors of man and nature. 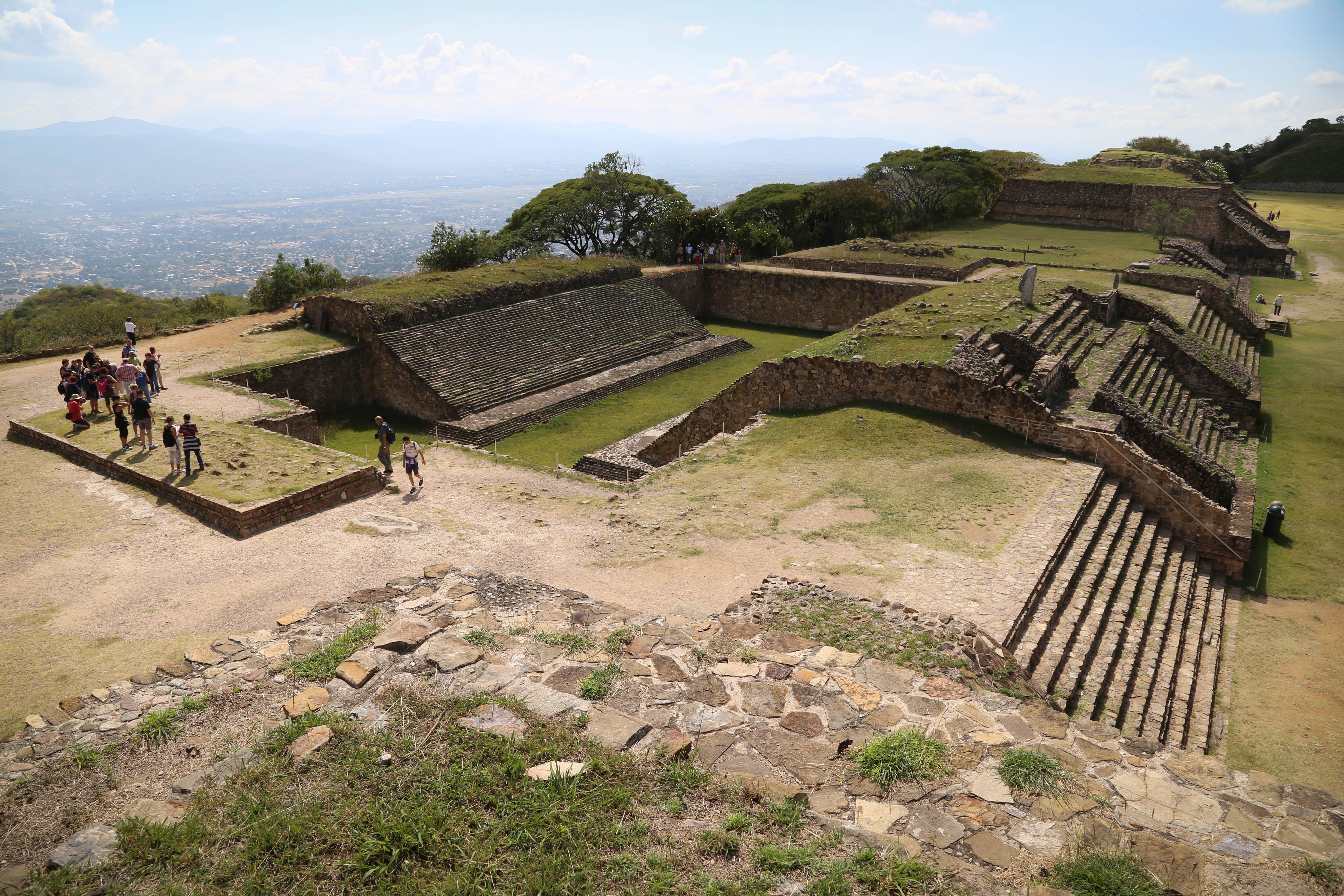 The ball court, left, played a major part in the culture of the Zapotecs. It is believed the captain of the winning team was put to death.

Scientists believe construction at Monte Albán began sometime around 500 B.C. (perhaps earlier) and was inhabited for the next 1,500 years or so. But for reasons that researchers can only surmise, somewhere before or around 1,000 A.D., Monte Albán was abandoned. Some guesses associated with Monte Albán’s demise are the decline of the temple outside of Mexico City (depriving Monte Albán of a vital trade partner), the intense farming of the land needed to sustain so many people in a harsh climate, or shifting political fortunes from inter-cultural warring. 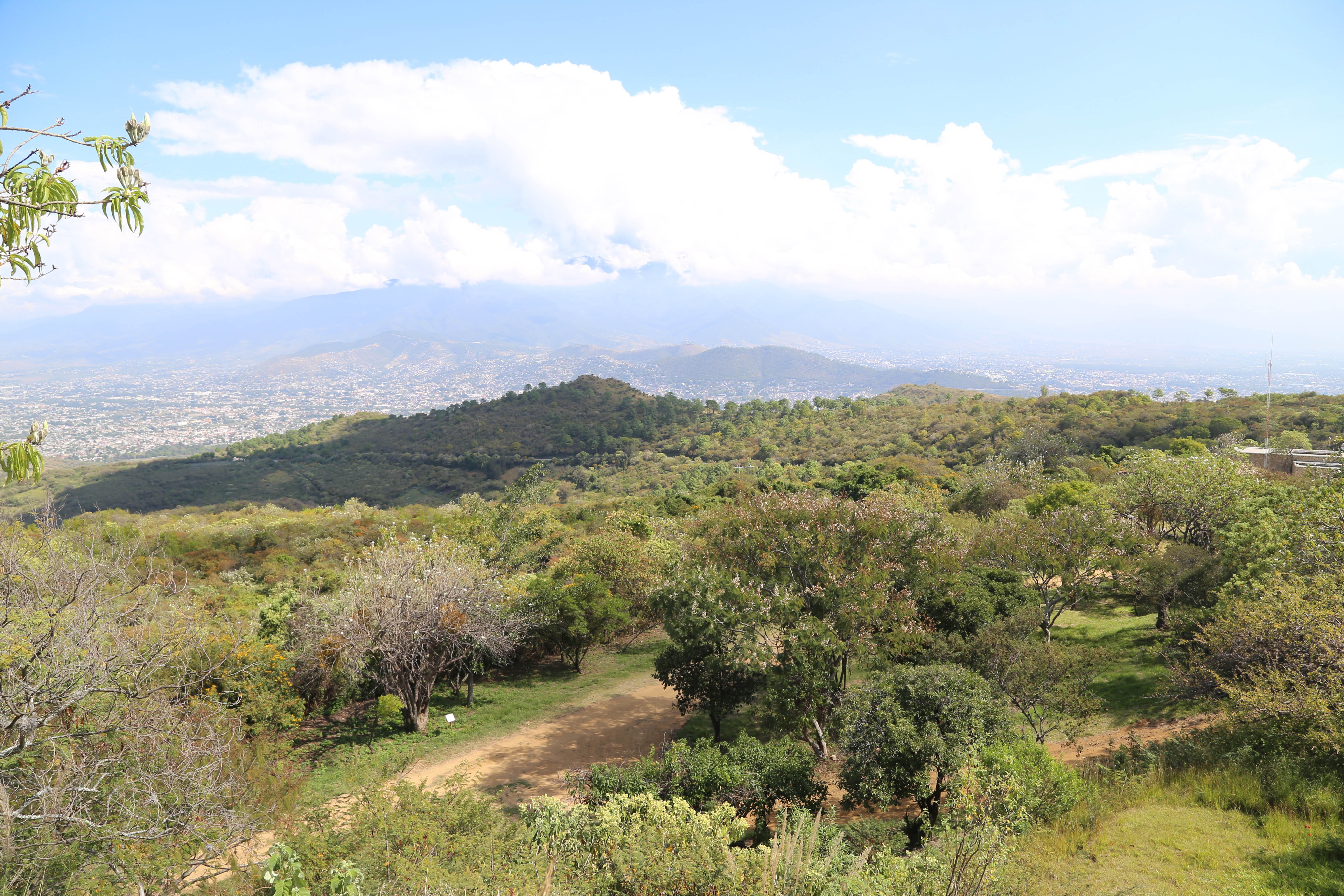 The valley, 1,200 feet below, is where the modern-day city of Oaxaca thrives. The temple complex had no year-round water supply.

The first research of Monte Albán by Westerners began in the early 1800s, on behalf of the Spanish Crown. Serious research started in the late 1850s (including a sketch that included the Great Plaza), with more detailed work that took place in the mid 1890s and continued through to the first few years of the 1900s. 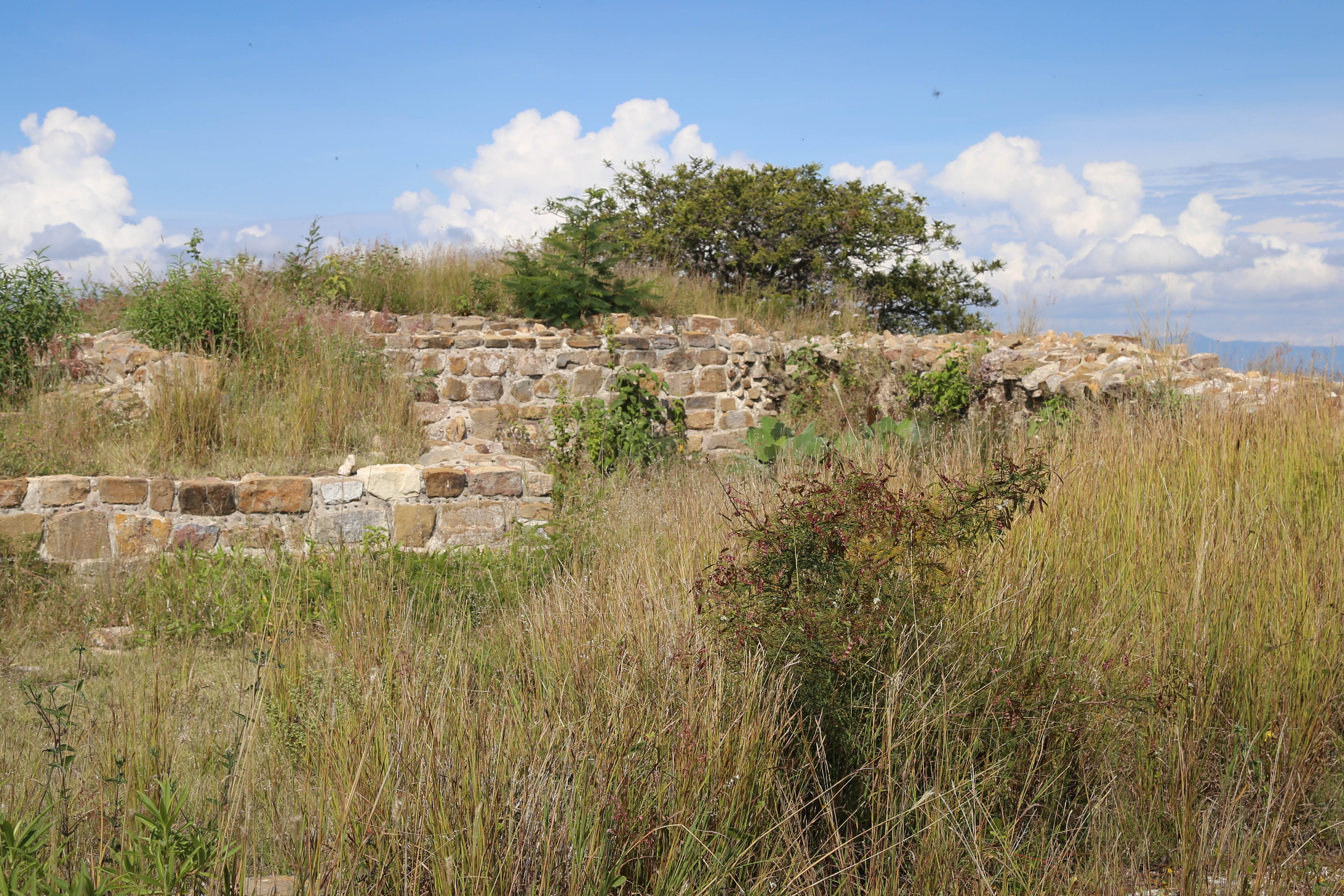 There are places throughout where buildings are being restored. 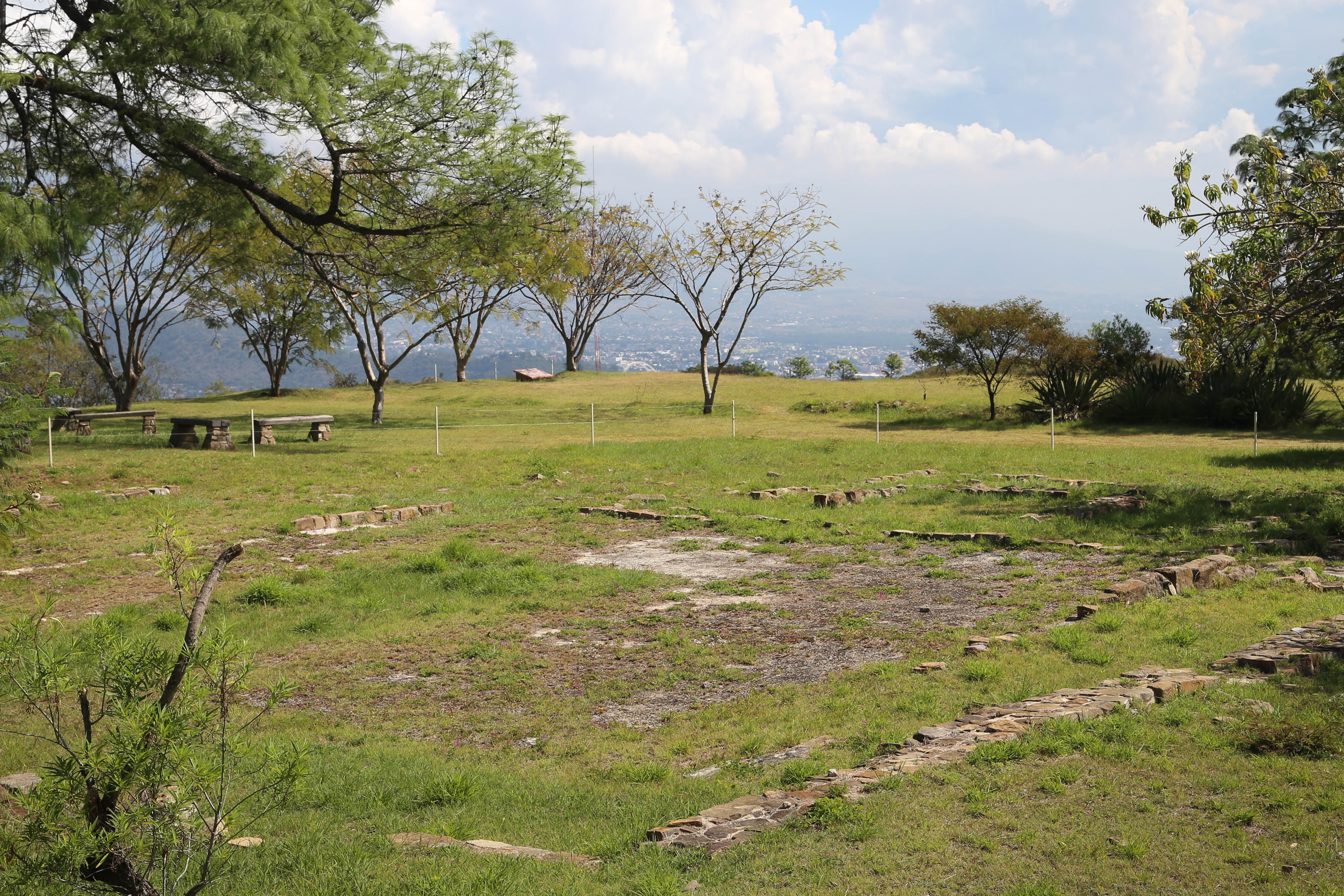 The outline of a future excavation can be seen in the foreground with Oaxaca City in the distance.

But it would be the work of Alfonso Caso, starting with his initial excavations in 1931 that would reveal some of Monte Albán’s grandeur. Caso, born in Mexico City, made a number of discoveries. One of the most important was found at Tomb VI, where Caso unearthed gold and jade artifacts. 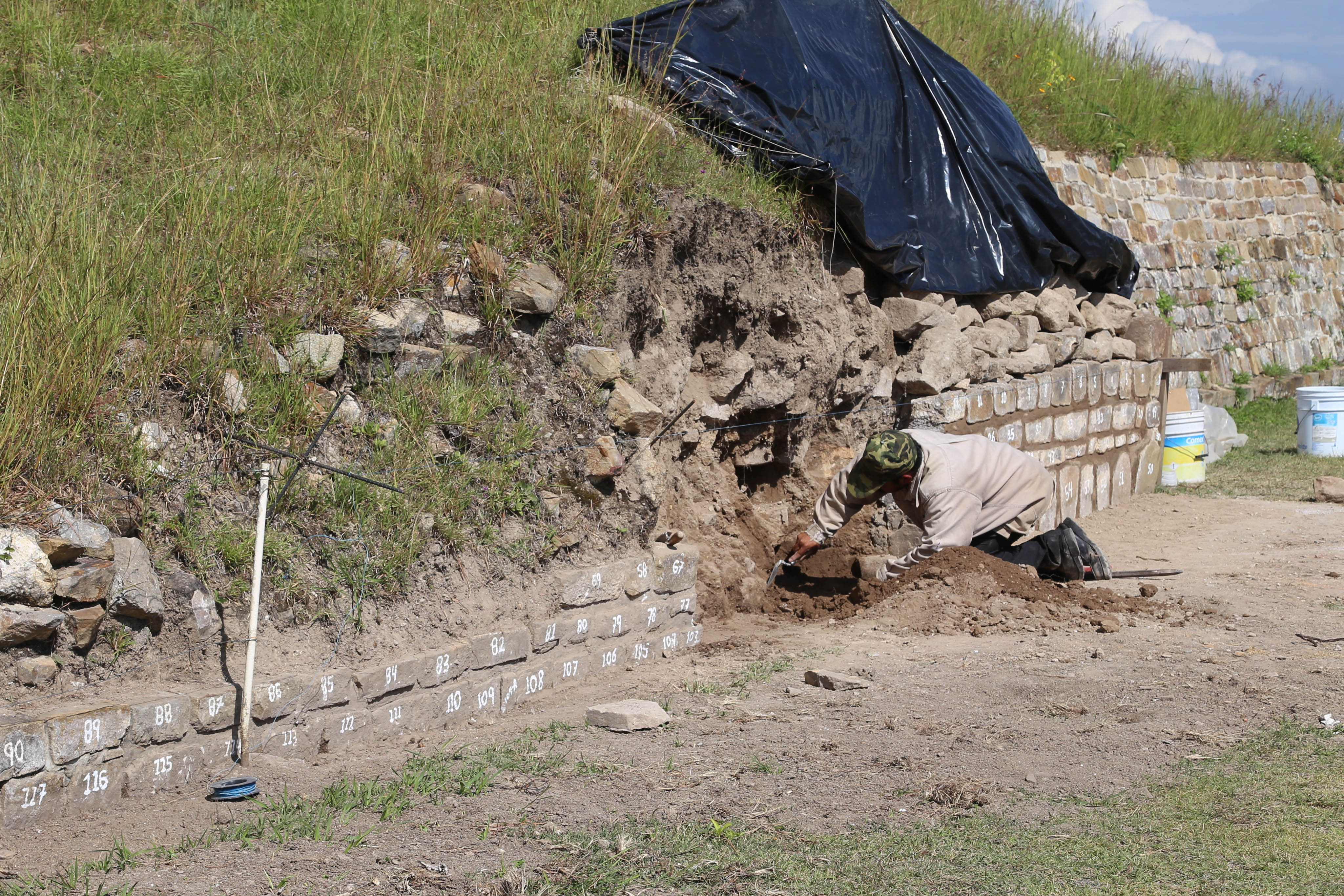 Restoration work is painstaking. This technician works on a wall away from the main part of the restored site. 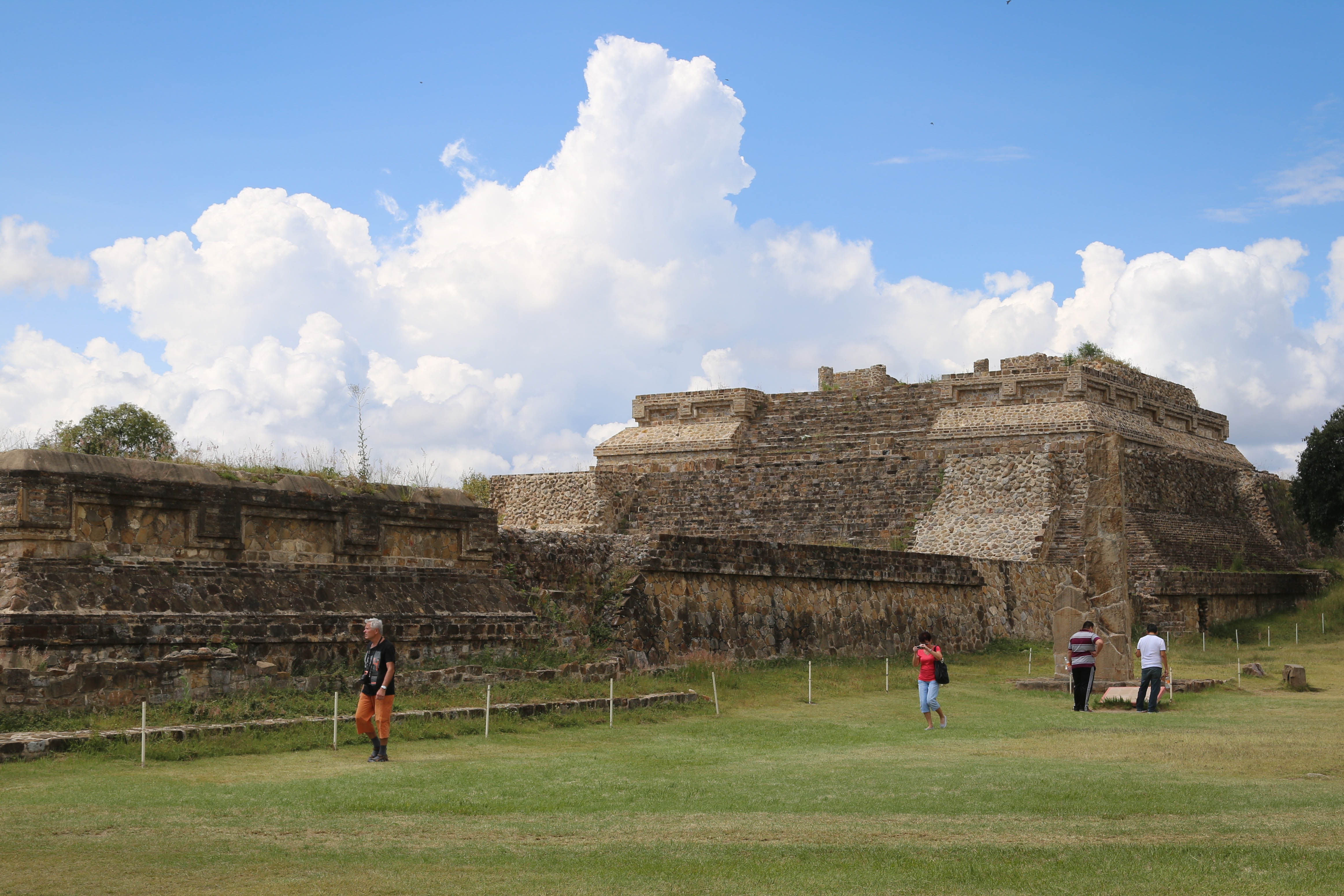 A location on the plateau lends a true majesty to the scene. 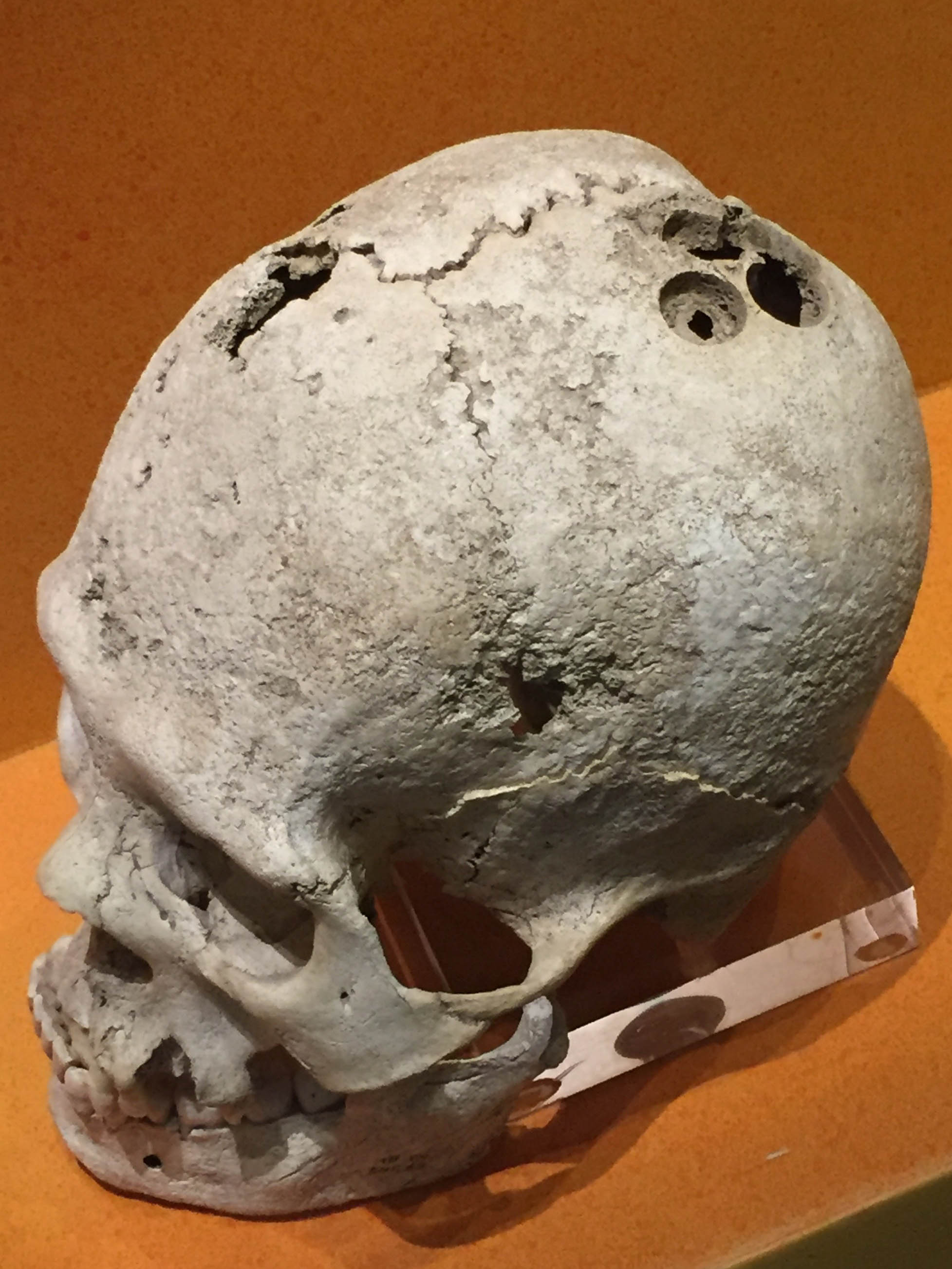 Zapotecs were believed to be highly skilled in many areas, including dentistry and brain surgery. Apparently, this person needed a lot of work.

Restoration work and research continues at Monte Albán, through support by the government of Mexico and the entrance fees paid by the thousand of tourists from all over the world who visit the site throughout the year.